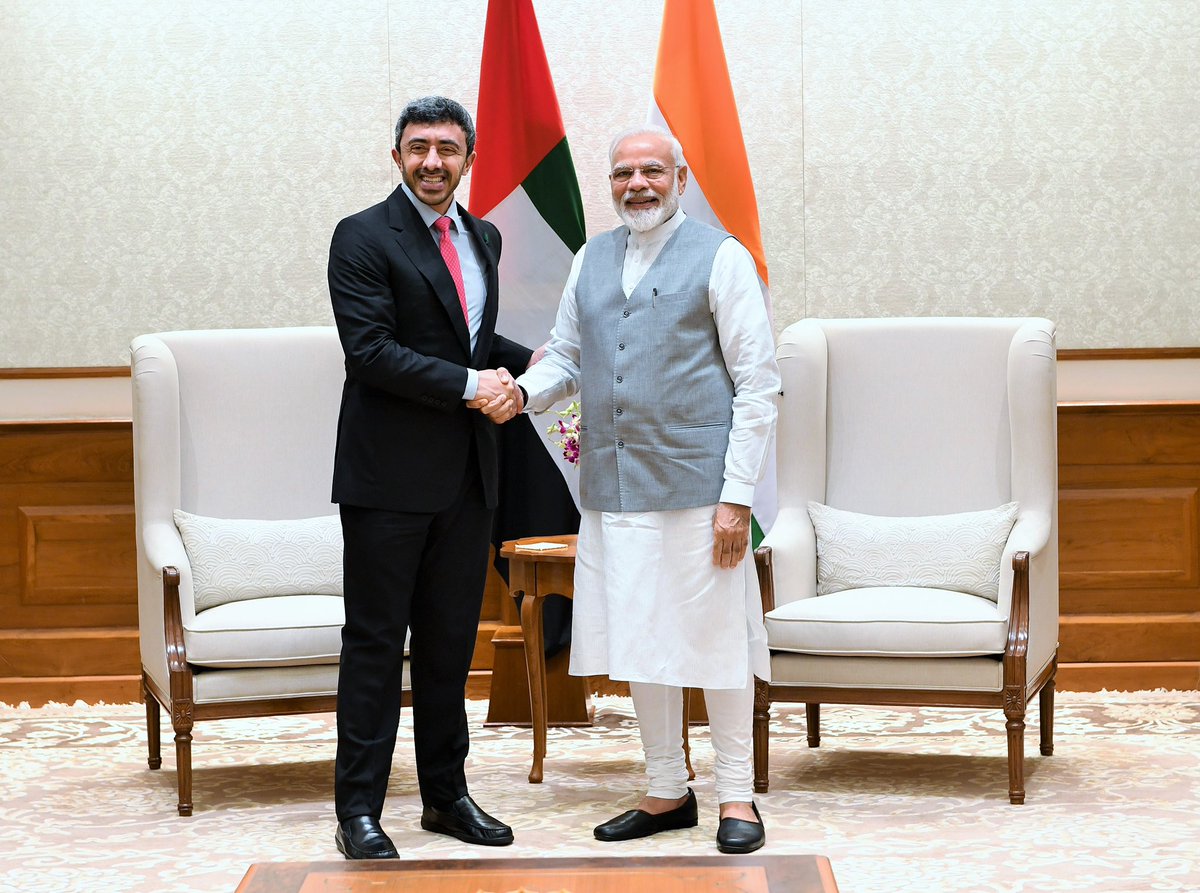 PM Modi conveyed to the UAE Foreign Minister his resolve to step up cooperation with the Gulf country in key sectors such as trade and energy, as well as economy, tourism and people-to-people contact.

Had a great meeting with UAE’s Foreign Minister, His Highness Sheikh Abdullah Bin Zayed Al Nahyan. We talked at length about further improving economic and cultural relations between India and UAE. @ABZayed pic.twitter.com/kD5tX3g7is

Recalling the warmth and hospitality extended to him during his previous visits to the UAE, the prime minister expressed happiness at the growth of bilateral relations over the last five years, a statement from the PMO said.

The Prime Minister also thanked the UAE President and Crown Prince of Abu Dhabi for conferring on him the prestigious Order of Zayed, which he said he was proud to receive on behalf of 1.3 billion Indians.

Both leaders expressed happiness at the current state of bilateral relations and also agreed to build on these growing strategic links as well as further their trilateral cooperation initiatives, especially in Africa.

Sheikh Abdullah had called on External Affairs Minister Dr S Jaishankar on Monday where they had discussed ways to boost cooperation in key fields such as counter-terrorism, security and energy.

The visit comes at a time when the issue of energy security is high on India's agenda due to the situation arising out of the US sanctions on importing oil from Iran.

The ties between India and the UAE have been on an upswing for the last few years. The UAE is India's third-largest trade partner and fourth-largest energy supplier. The country is also home to a 3.3 million-strong Indian community, the largest in the Gulf region.