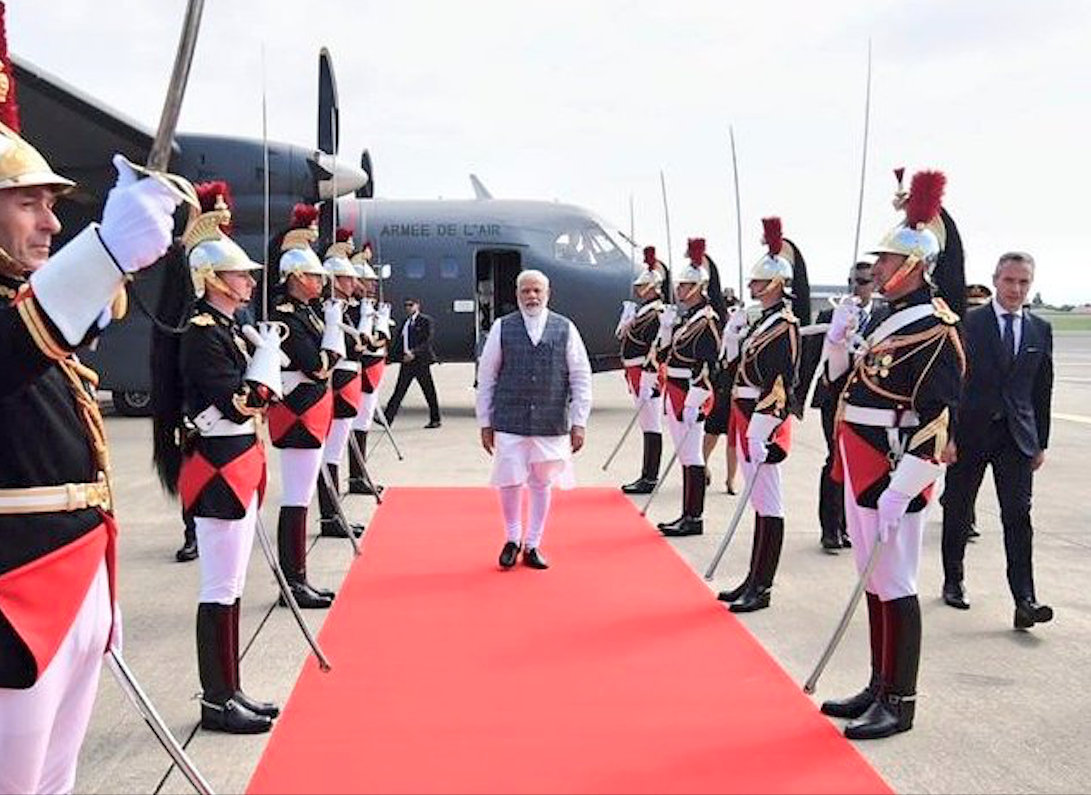 Indian Prime Minister Narendra Modi arrived in Biarritz, France on Sunday for the G7 Summit. India isn't a member of the G7 or Group of Seven of the world's most advanced economies (as per International Monetary Fund data) but the Indian Prime Minister is attending on the invitation of French President Emmanuel Macron.

He also met with United Nations (UN) Secretary General Antonio Guterres and discussed India's participation at the Climate Action Summit at the UN among other things.

PM @narendramodi met with UNSG @antonioguterres on the margins of #G7 summit in Biarritz. Good exchange of views on India's participation at the Climate Action Summit at the UN and other issues of mutual interest. pic.twitter.com/U33JNg0wx7

The PM attended a gala dinner on Sunday evening where he was greeted by French President Macron and his wife Brigitte Macron.

PM @narendramodi interacting with other leaders ahead of the @G7 and Biarritz Partner Leaders' Dinner in Biarritz. pic.twitter.com/TZUr7srchd

On Monday, Modi is set to meet United States President Donald Trump with relations between the two countries troubled over trade tariffs. Trump has been vocally critical about the “high tariffs” India imposes on US goods and has even called the nation “tariff king”.

Kashmir will also be on the agenda for the two leaders with India seeking to make it clear to President Trump that it is a bilateral issue between India and Pakistan. Trump has on multiple occasions volunteered to mediate on the issue.

The Indian prime minister is also expected to speak during sessions on the environment, climate, oceans, and digital transformation, as well as hold bilateral meetings with leaders of other countries participating in the two-day summit.