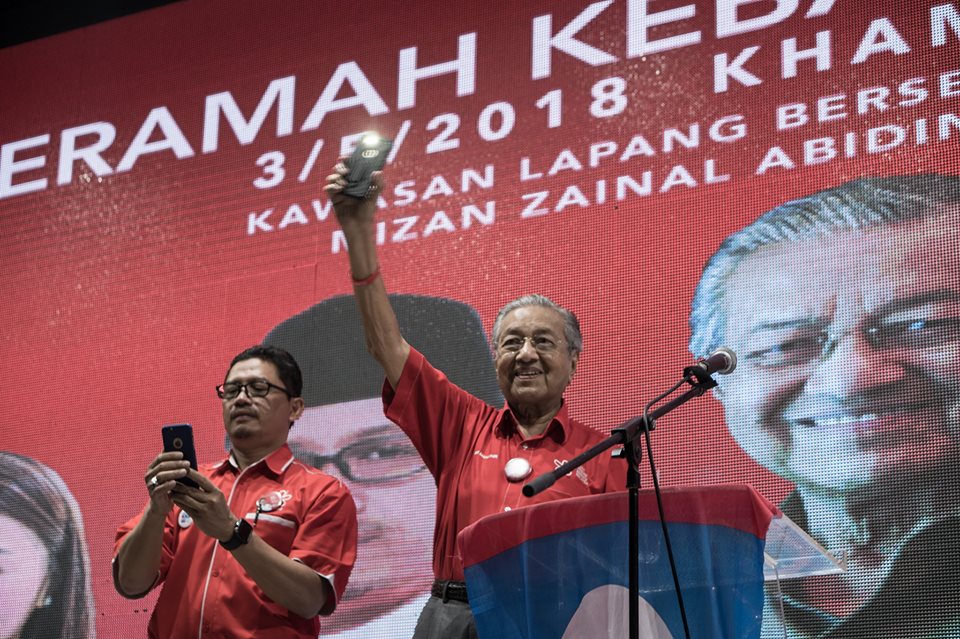 In a Facebook post, PM Lee said, “I wish Tun Mahathir and his team every success, and hope to catch up with him in person soon.”

“Malaysia is a vital partner of Singapore, and our peoples share strong and deep bonds. I look forward to working with Tun Mahathir and the new government to enhance our cooperation. We can do much more together,” he added.

The Ministry of Foreign Affairs of Singapore has also issued a statement congratulating Mahathir and his coalition Pakatan Harapan on the outcome of the general election.

The statement said, “The Singapore Government congratulates the new Prime Minister of Malaysia Tun Dr Mahathir bin Mohamad and Pakatan Harapan on the outcome of the General Election yesterday.”

“The people of Malaysia have given the new Government a clear mandate to lead the country.  Malaysia is Singapore’s nearest neighbour and a vital partner. We have had close relations and extensive cooperation with successive Malaysian governments, including the government of Tun Mahathir when he was previously Prime Minister,” it said.

“We look forward to cooperating with Tun Mahathir and the new Government of Malaysia to further strengthen and deepen bilateral ties, for the benefit of both our peoples,” it added.