Plenary Session at PBD: Start-ups and Innovations with Social Impact in India

A mega meet of the Indian diaspora, the three-day 14th Pravasi Bharatiya Divas (PBD) saw its largest convergence this year.

More than 1500 people across the globe attended the event, making it ‘extremely substantive’ and outcome oriented. 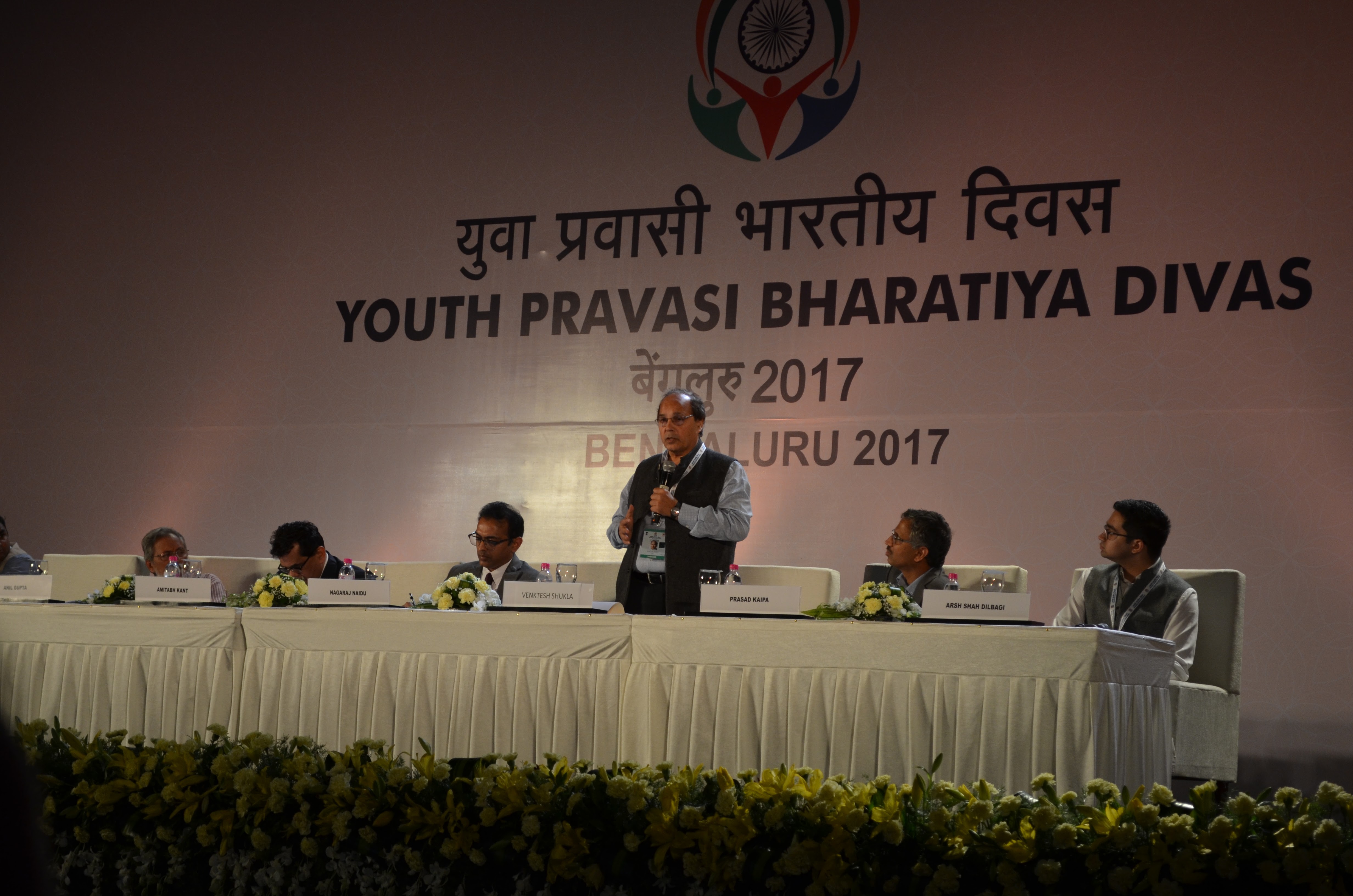 The theme of the plenary session was ‘Start-ups and Innovations with Social Impact in India.’ The emerging usage of social media to negotiate the social issues were discussed during the session.

When Chennai flood happened some time back, the government of Tamil Nadu was finding it difficult to handle, to provide relief and food to the people who were stranded. There was a young start-up called SocialCops which is headed by Varun Banka. The app was able to assess damage, provide relief inventory and help government agencies and NGOs to locate the distress. This is a unique start-up which uses data on health, sanitation and poverty to develop plans for the rural villages. 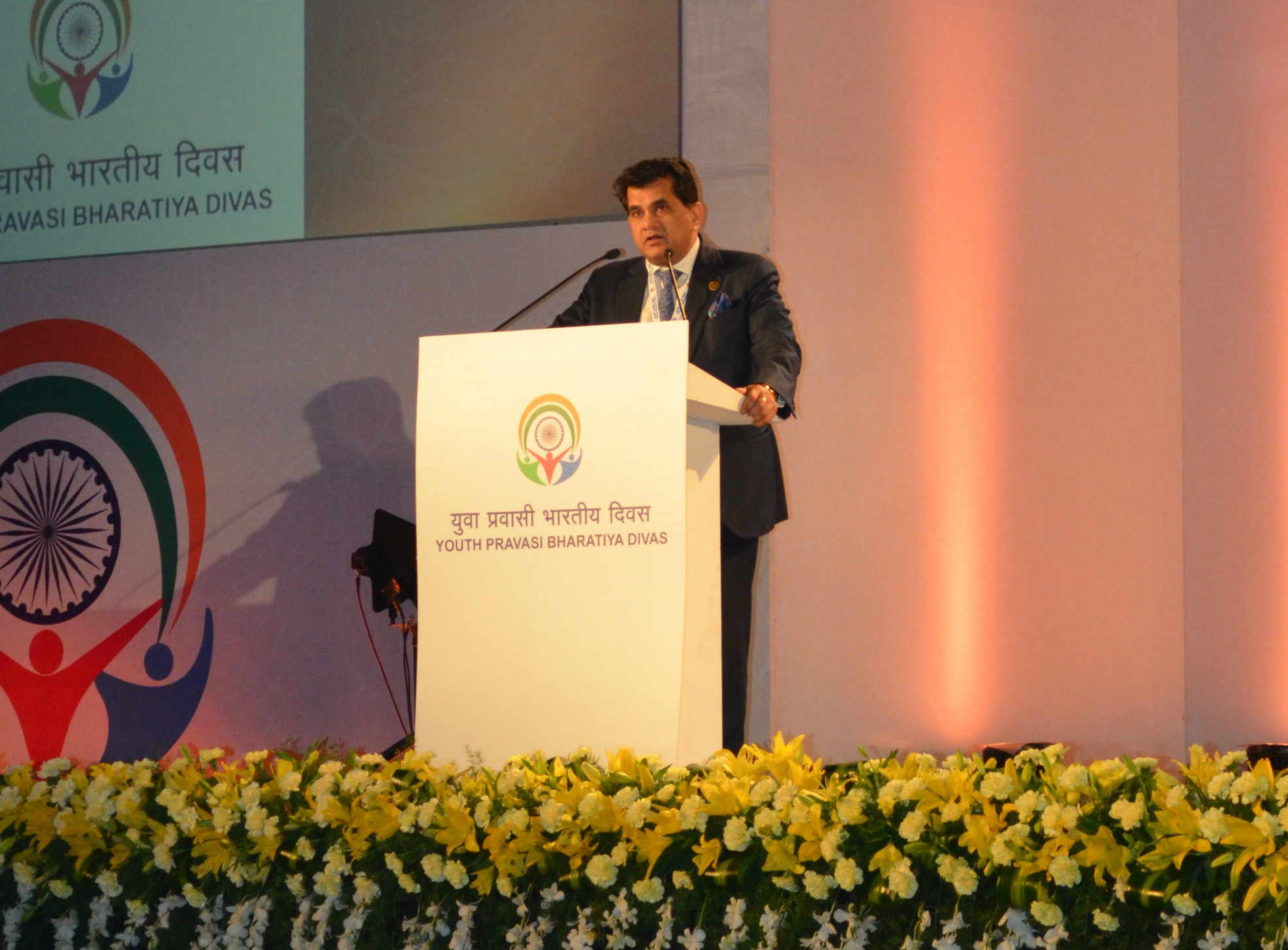 Amitabh Kant, the CEO of Niti Aayog during the plenary session at PBD. Photo: Connected to India

Amitabh Kant, the CEO of Niti Aayog (National Institution for Transforming India) said, shared his views on this by stating it an amazing move. He said, “Using the app, several villages of Uttar Pradesh are helping the government to curb its high maternal mortality by getting data directly from the delivery room and identify when things go wrong. So, on a real-time basis, it’s assisting people.”

During the Plenary session of Youth PBD Convention 2017, Kant further described the initiative of Pranshu Bhandari, Co-founder of CulturalAlley – an educational app. He said, “Young girl called Pranshu Bhandari who started a start-up called CulturalAlley to teach Chinese and Japanese, soon realised that the requirement in Indian is a bit different and in one year’s time, last year she has taught 9 million Indian English language through her app. No government agency is being able to do this. It’s amazing.”

In the agricultural sector, Sitanshu Sheth and Shardul Sheth has launched AgroStar - a two-year-old startup in the agri-tech space developing a "direct-to-farmer" m-commerce platform.

In Kant’s words, “It is very unique because they created a platform for farmers to procure seeds, crop nutrients and even tractors, all are at their doorsteps. AgroStar is a matter of just two years old and has signed up 400 thousand farmers providing quality and reliable inputs and it’s an amazing performance by a young start-up.”

In the medical field, MitraBiotech was started in Stanford and later went to Silicon Valley. But soon realised that its future lies in India. Therefore, MitraBiotech relocated from Silicon Valley to Bangalore and it develops solutions for personalised cancer care. It’s patented technology platform called CANscript which helps hospitals and doctors to figure the right combination and sequence of drugs to administer to cancer patients.

This brings out how digital platform is being used for informational purposes similarly contributes to foster democratic processes and the creation of social capital.

PBD is held with an aim to provide a platform to overseas Indians to engage with the government on issues of concern to the diaspora and to explore opportunities for investment in India and contribution to the country of their origin.