The Pharmaceuticals Export Promotion Council of India (Pharmexcil), a body under the Ministry of Commerce, has suspended the membership of Marion Biotech Pvt Ltd after the company failed to reply to it on the report of children’s death allegedly caused by the firm’s cough syrups in Uzbekistan. 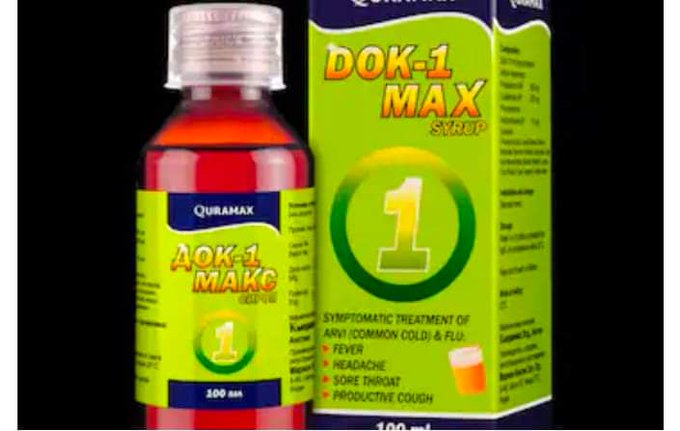 India has launched a probe into the matter and the manufacturing of the cough syrup has been halted until the samples are tested. Photo courtesy: Twitter/@RameshSanapala5

The drug maker will lose some incentives if its membership is suspended, sources in Pharmexcil said.

Noida-based Marion Biotech, under the scanner following the death of 18 children in Uzbekistan allegedly after consuming its cough syrup, is the flagship firm of Emenox group which also has a presence in real estate and hospitals.

Marion Biotech registered with Pharmexcil as a small-scale manufacturer since 2010 and merchant exporter since 2016.

“Alleged supply of substandard medicines by the company that led to the death of 18 children has brought bad reputation to the Indian pharma industry and also likely to have an impact on the trust of international agencies on Indian pharma exports,” the export body further said.

The health ministry of Uzbekistan, in a statement, said that the children who died had consumed cough syrup Doc-1 Max - manufactured by Noida-based Marion Biotech.

India has launched a probe into the matter and the manufacturing of the cough syrup has been halted  until the samples are tested.

Health Minister Mansukh Mandaviya said the samples have been sent to Regional Drugs Testing Laboratory in Chandigarh for testing and that the government would "initiate further action based on the inspection report."

Mandaviya said the Centre is in touch with Uzbekistan since December 27. According to the Uzbekistan's health ministry, the laboratory tests of a batch of syrups found "the presence of ethylene glycol", a toxic substance.

It also said the syrup was given to children at home without a doctor's prescription, either by their parents or on the advice of pharmacists, with doses that exceeded the standard dose for children.

It was found that the children, before being hospitalised, took this syrup at home for 2-7 days, in doses of 2.5 to 5 ml three to four times a day, which exceeds the standard dose, the ministry said.

The syrup was used by the parents as an anti-cold remedy.

After the deaths of 18 children, Doc-1 Max tablets and syrups have been withdrawn from all pharmacies in the country, the statement said, adding that seven employees were sacked because they failed to analyse the situation in time and take steps.

A joint inquiry is being conducted by the teams of Central Drugs Standard Control Organisation  (CDSCO - north zone) and Uttar Pradesh Drugs Controlling and Licensing Authority.

A casualty assessment report has also been sought from Uzbekistan. This is the second time in a year that India-manufactured cough syrups have come under the scanner.

Earlier this year, deaths of 70 children in Gambia were linked to cough syrups manufactured by Haryana-based Maiden Pharmaceuticals.

The Central Drugs Standard Control Organisation had in October shut its unit in Sonepat for violation of manufacturing standards.

The WHO had earlier said that laboratory analysis of Maiden cough syrup had confirmed "unacceptable" amounts of diethylene glycol and ethylene glycol, which can be toxic and lead to acute kidney injury.

Responding to WHO, Drugs Controller-General VG Somani had said that tests on samples of Maiden's products at government laboratories had "been found to be complying with specifications" and no toxic substance was detected in them.