About 4,000 full-time national servicemen (NSFs) were expected at the quarterly Enhanced Career and Education Fair held at Paya Lebar yesterday, according to a report by Todayonline. The fair was aimed at NSFs who are in their last three to six months of service.

The event is in its eight year running, and for the first time ever, job listings and other services were made available online.

This year, there were 30 hirers from nine industries, including aviation and hospitality, who put out about 2,000 job positions in total. These companies include Singapore Airlines, Citibank and Certis Cisco, which had vacancies for cabin crew, banking-sales personnel and security officers. 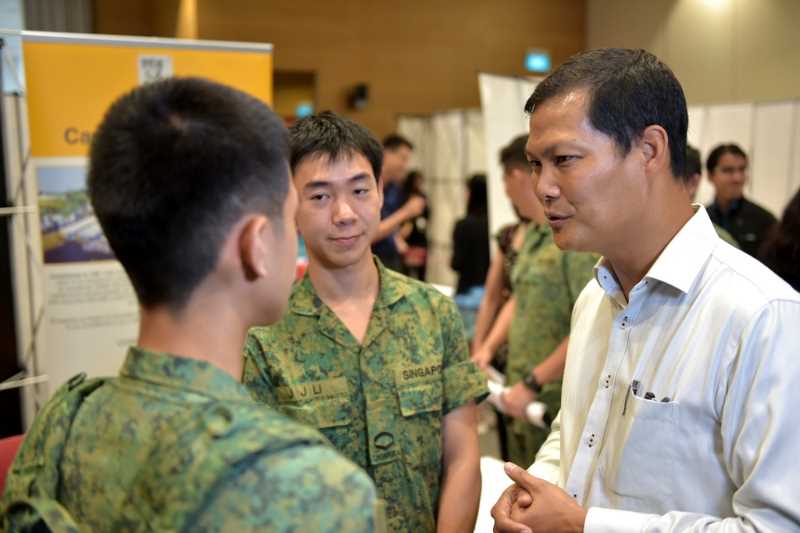 On the Virtual Career Fair website, registered users could check out another 6,000 job listings that were curated from the national Jobs Bank, which is a job-matching self-help portal for all Singapore-registered companies and Singapore residents, said Straits Times. The online service will be available until August 29. Users can also browse the website for career tips and resources offering industry insights.

The servicemen could enter their details such as educational background, job interest and salary expectations online, and they will be issued a personalised QR (quick-response) code. They could then use the code to submit their job applications at the fair. This helped to save time completing forms, and also eliminated the need to carry physical copies of their resumes around.

Technology company CSE Global's group human resources and administration head Pauline Loo told Todayonline that the QR code initiative had cut the time needed to record jobseekers’ details. “We spend more time talking to them, understanding what are their career aspirations and whether they’re suitable,” she added.