Lady Luck is smiling on Indian expats in the United Arab Emirates  a record number of 10 Indians have emerged as the top 10 winners in the Big Ticket Draw. One Indian, Sunil Mappatta Krishnan Kutty Nair, an expatriate based in Abu Dhabi, has hit the jackpot by winning AED10 million (approximately INR 176,800,000). 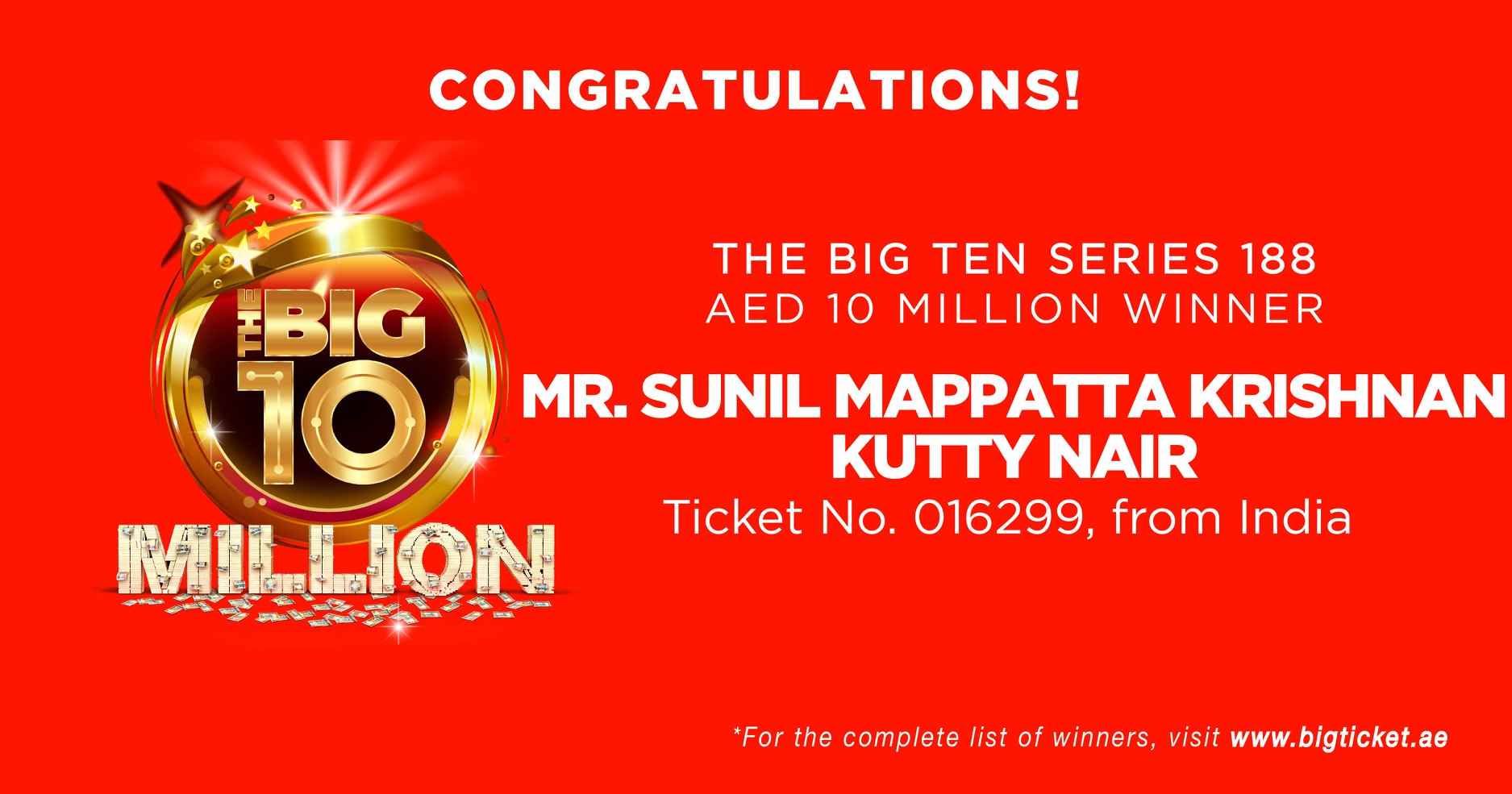 As the raffle tickets cost AED500, participants usually pitch in to cover the entry cost and split the prize later.

Nair, who won the big prize of AED10 million, will be splitting the prize money with three of his friends, according to a colleague who contributed to the ticket cost.

The earlier ‘Big Ticket Draw’ of AED12 million on January 7 was won by Indian national Harikrishnan V Nair, another Keralite who is based in Ajman.