Over 2,500 journalists in Singapore to cover historic Trump-Kim summit

There is considerable excitement over the historic Trump-Kim summit in Singapore, as more than 2,500 journalists from all over the world have converged in the Lion City to bring live updates on the issue. A large media centre has been set up at the F1 Pit Building which started its operation from today morning. 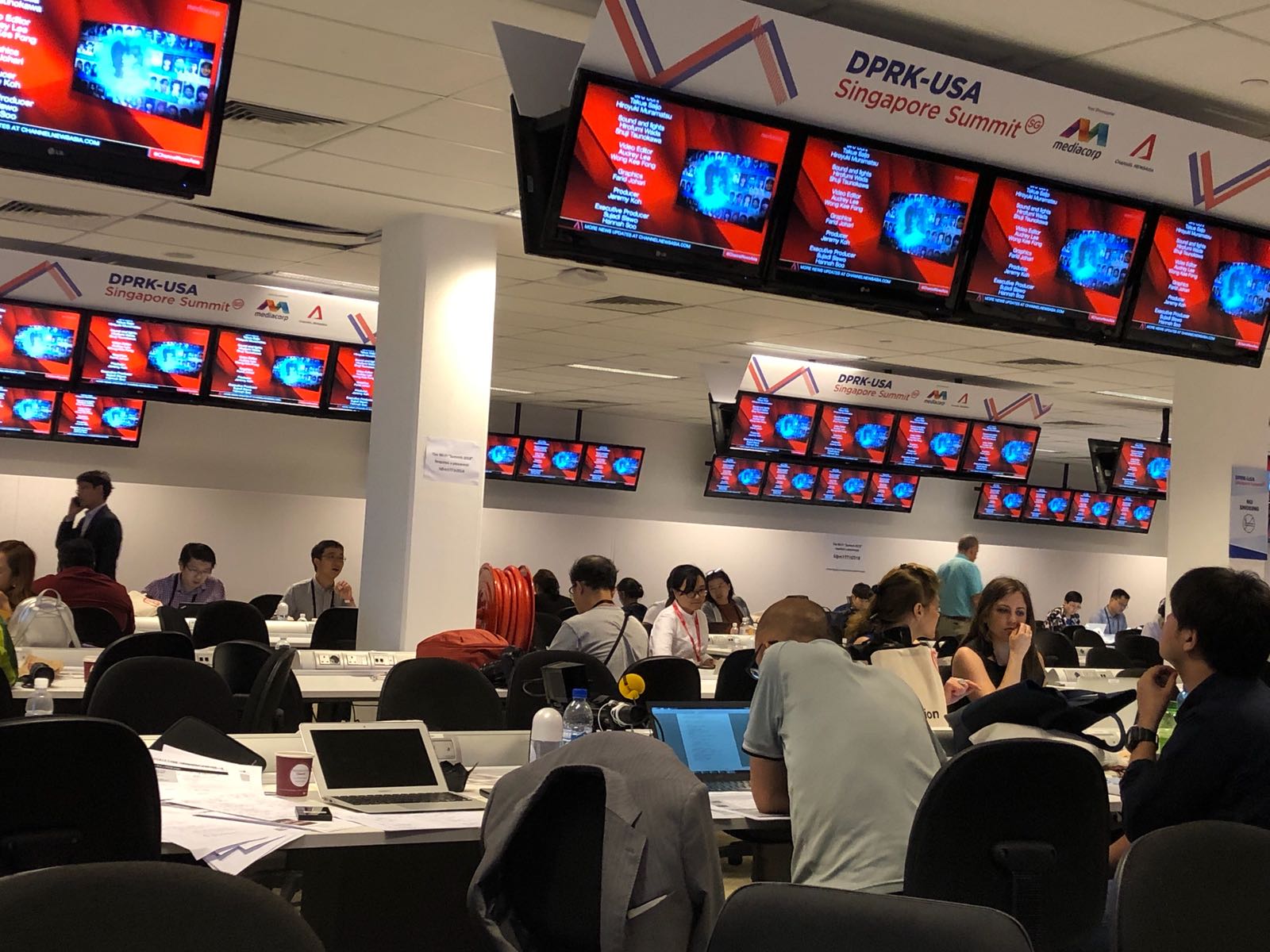 Over 2,500 journalists from all over the world have converged in Singapore to bring live updates on Trump-Kim summit meeting. Photo: Connected to India

The media centre is bustling with activity as journalists collected their passes, picked up goodie bags and set up shop ahead of the summit. 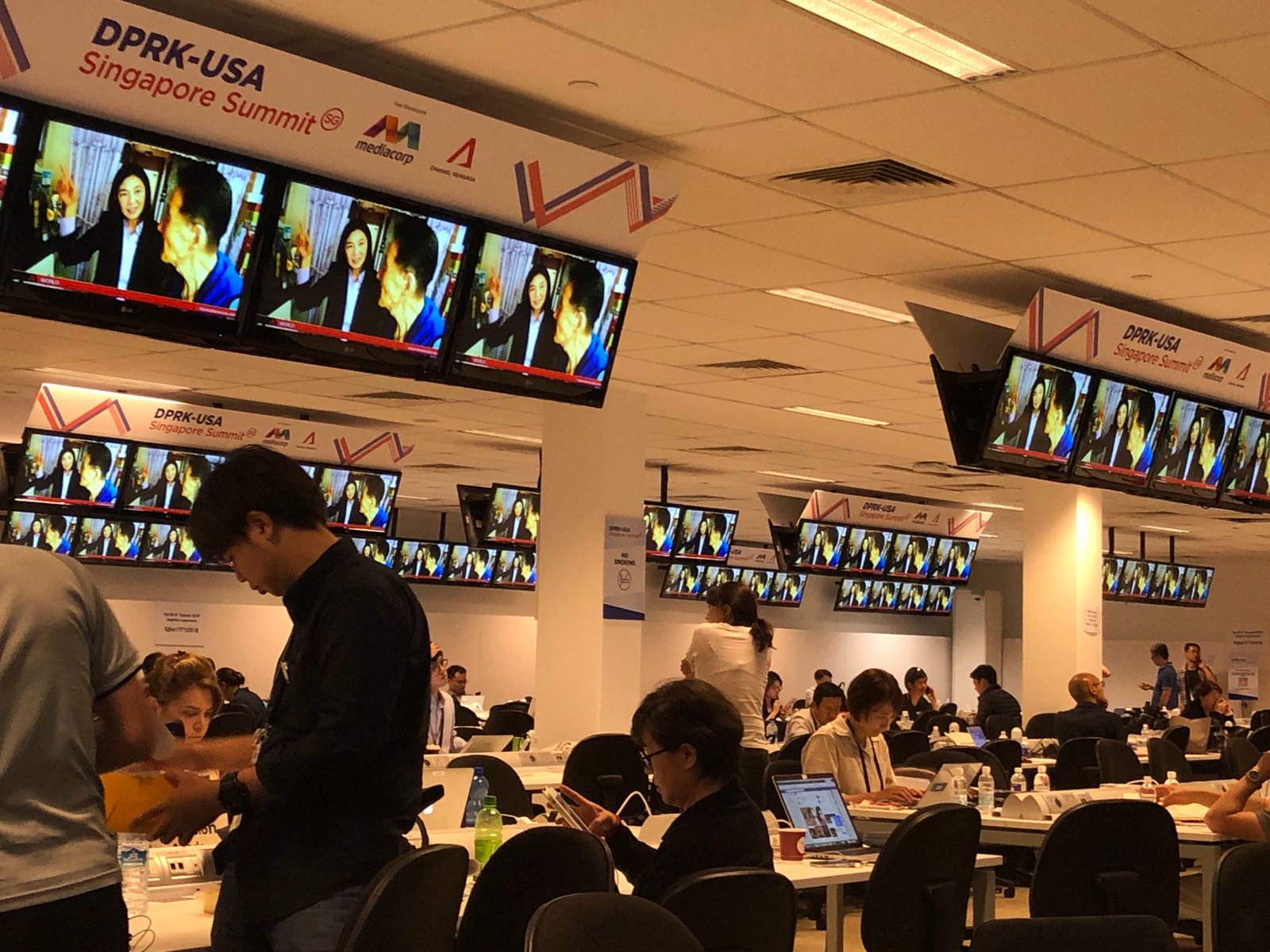 The media centre has been set up at F1 Pit Building in Singapore. Photo: Connected to India

F1 Pit Building comprising of three storeys spread over an area of 23,000 sq m, has been transformed into a media centre complete with broadcast centre, workstations and media briefing rooms, among other facilities.

The media centre will be operational round the clock from Sunday at 10am until Wednesday at 10pm.

For helping the journalists, some 300 public officers will staff the centre during this period. Journalists will also have no lack of food as a menu comprising of 45 dishes has been planned including popular Singapore dishes like laksa and chicken rice.