Over 1,800 cartons of duty-unpaid cigarettes seized in separate cases

A total of 1,300 cartons of duty-unpaid cigarettes were found in a Singapore-registered lorry at the Jurong Port Main Gate on August 4, 2018.

Immigration & Checkpoints Authority (ICA) officers had noticed anomalies in the scanned images of a consignment declared as machinery parts and notice boards. They then directed the lorry for further checks.

The cigarettes, which were concealed inside the hollowed-out stack of notice board frames, were seized. The case was handed over to Singapore Customs for further investigation.

In a follow-up operation on August 6, Singapore Customs officers raided a unit in a self-storage facility in Defu Lane 10. They uncovered another 550 cartons of duty-unpaid cigarettes.

A 49-year-old Singaporean man was arrested in the operation and investigation is ongoing. 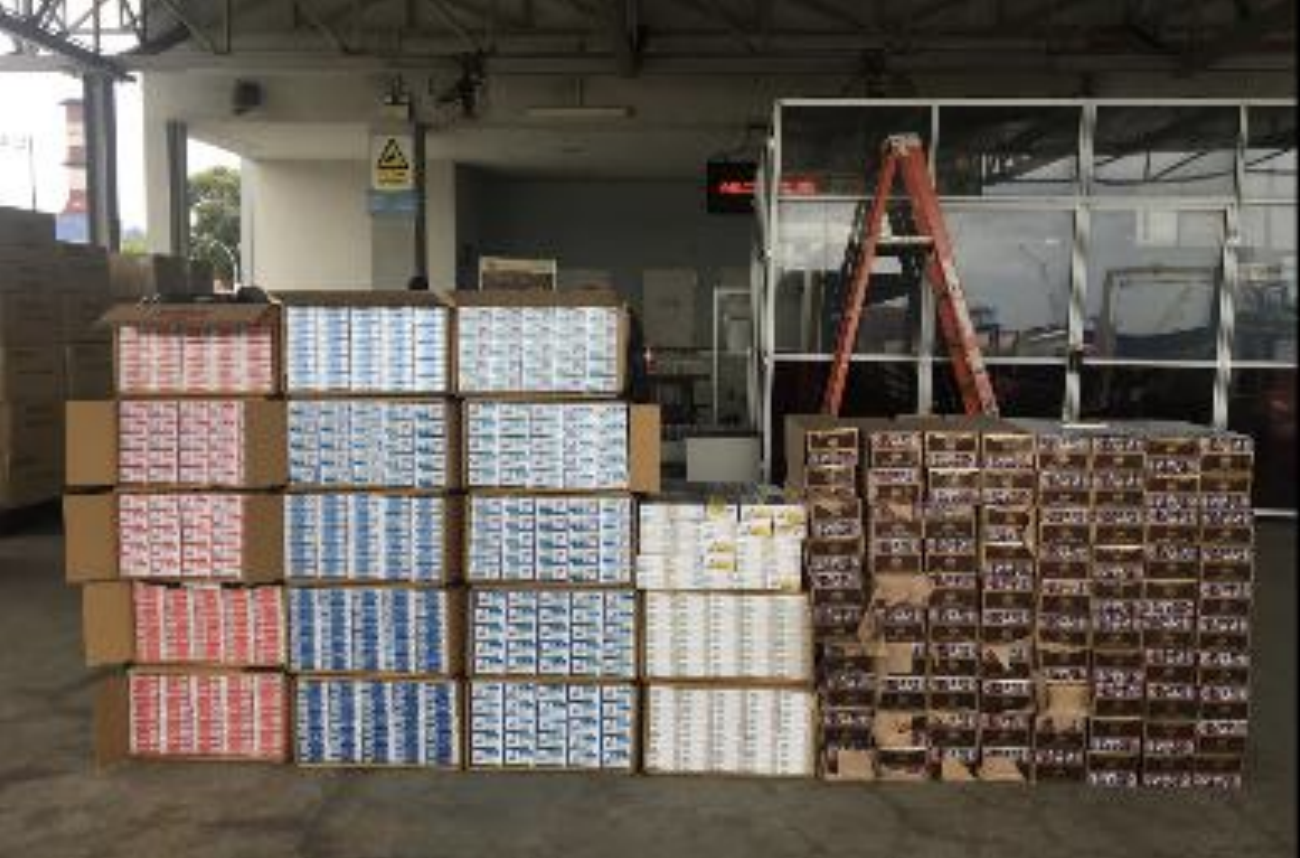 In total, 1,850 cartons of duty-unpaid cigarettes were seized in the two related cases. The total duty and Goods and Services Tax (GST) evaded amounted to about S$183,250 and S$13,320 respectively.

For buying, selling, conveying, delivering, storing, keeping, having in possession or dealing with duty-unpaid goods, offenders can be fined up to 40 times the amount of duty and GST evaded and/or jailed for up to six years. Vehicles used in the commission of such offences are also liable to be forfeited.