Omkar Arts’ ‘Srngara Nayika’ celebrates woman in her many manifestations

‘Srngara Nayika – Hues of Love’ is a dance performance that brings together two different classical dance forms of India, Bharatanatyam and Kathak, in a thematic presentation of dance, original music, multimedia and live narration in English. 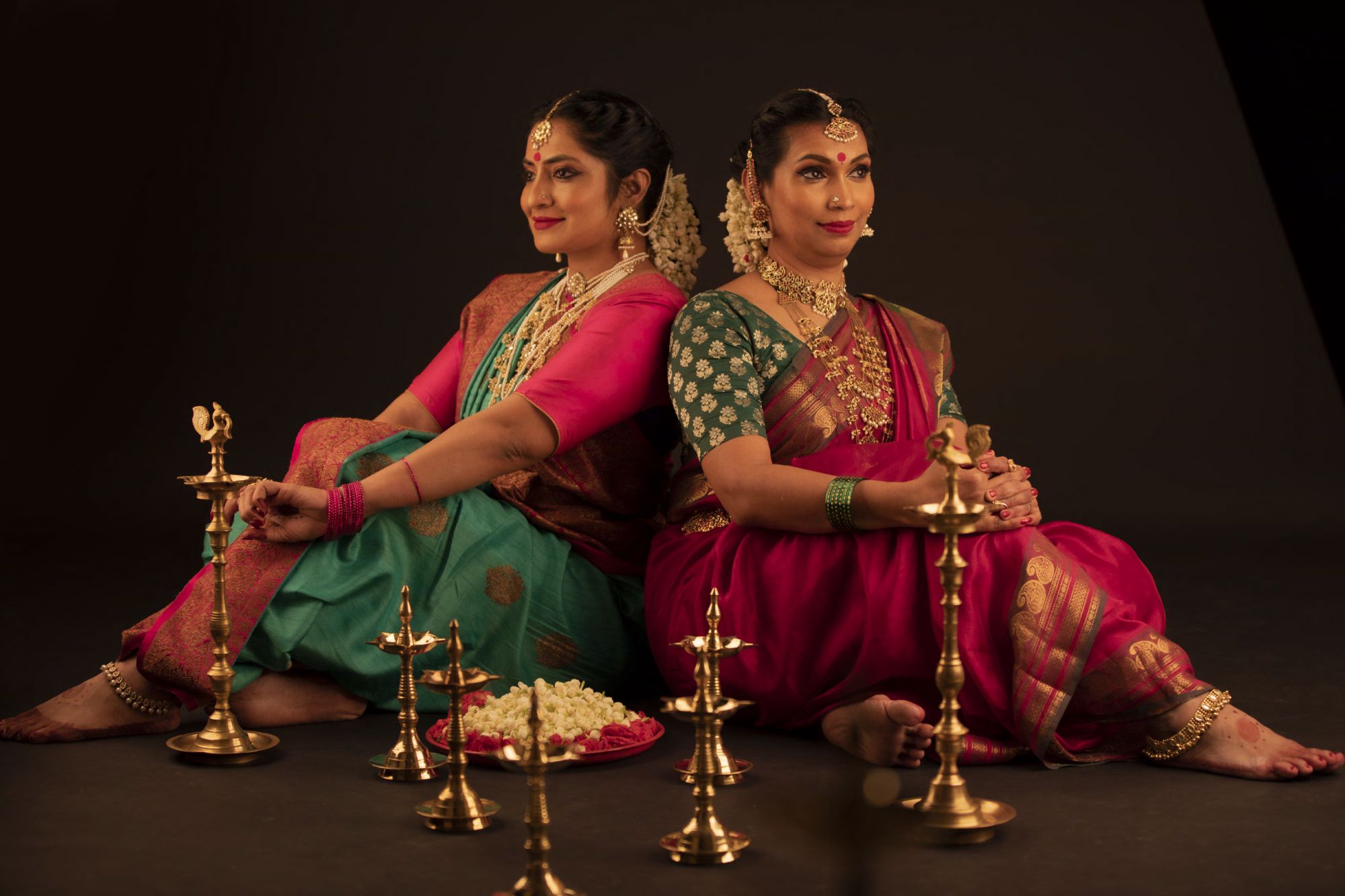 Utilising a unique combination of Bharatanatyam, Kathak, narration and songs, this performance delves deeper into each psychological state that underpins the character types of these eight classifications of nayika. Photo courtesy: Omkar Arts

Omkar Arts is presenting ‘Srngara Nayika’ on July 22-23 at Esplanade - Theatres by the Bay. Sreedevy Sivarajasingam and Ponnamma Devaiah choreographed the performance and will be performing two shows at Esplanade Theatre Studio.

Utilising a unique combination of Bharatanatyam, Kathak, narration and songs, this performance delves deeper into each psychological state that underpins the character types of these eight classifications of nayika.

Ponnamma Devaiah hails from Bangalore, India. She has had 25 years of training in Bharatanatyam under Guru Smt Minal Prabhu in the kalakshetra style and her legendary Guru, Dr Maya Rao, trained her for 12 years in both Lucknow and Jaipur Gharanas of Kathak.

She moved to Singapore in 2014 and her performances include Esplanade's Kalaa Utsavam from 2014 to 2016 and 2018 to 2019 as part of their children's production, as well as in the Raga series and da:ns festival.

Sreedevy trained in Bharatanatyam at the Singapore Indian Fine Arts Society; she is one of the founding members of Omkar Arts and has performed extensively on TV, at various arts and dance festivals and several stage performances in Singapore, Malaysia, Dubai, Abu Dhabi and Australia.

She performed for ‘Viswa Prana’ at Esplanade commemorating the SG50 celebrations.

She has been a choreographer for the kids shows at Kalaa Utsavam in 2021, 2019 and 2017. She also staged ‘Aathi Antham Illai’, a production which came out of IPAC mentorship in 2021 at the Esplanade Theatre as part of the Raga Series.

Speaking with Connected to India about what inspired the upcoming show, Sreedevy said it is based on a unique concept which has not been explored much in Singapore. 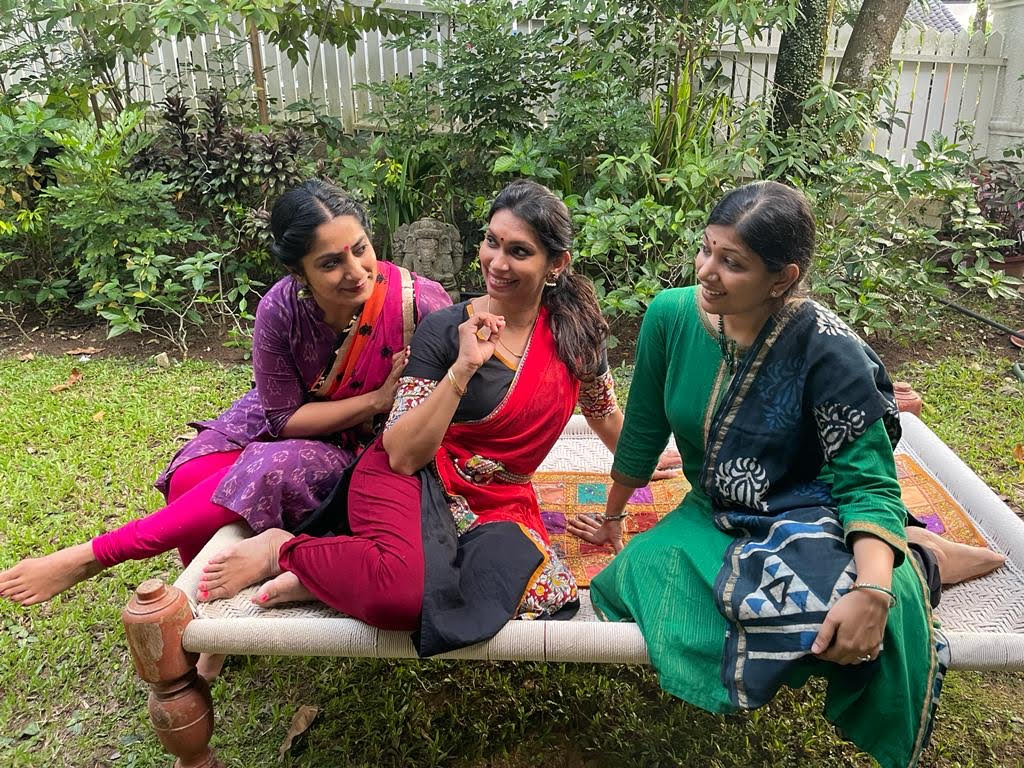 Highlighting the breadth of their repertoire, the duo have been involved in shows that blended Indian and non-Indian dance forms. Photo courtesy: Omkar Arts

“We have worked together in kids shows over the past four years and we wanted to do a full length classical dance production that brought together the two styles of Kathak and Bharathanatyam. Also, as senior dancers we wanted a theme that was quite an in-depth look into the abhinaya aspect of classical dance forms. So we brainstormed and came up with this idea,” she added.

Discussing their plans for the future, Sreedevy said that live performances are making a comeback post-pandemic and they were glad to resume doing shows.

Ponnamma has several programmes lined up in India and Sreedevy will continue to produce performances for local media and community events.

“We explore the different states of love, in union and separation which is a universal concept that one and all can relate to even today. The production celebrates woman in her many manifestations,” Sreedevy said.

Highlighting the breadth of their repertoire, the duo have been involved in shows that blended Indian and non-Indian dance forms. Ponnamma has worked with Flamenco Sin Fronteras to put up several performances collaborating Flamenco and Kathak. Sreedevy has worked with various organisations in Singapore to put up Chinese, Malay and Indian multiracial dance productions.

A lot of research has gone into finding the right literature for this production  Dr Anupama Kylash, a well known scholar, mentored Omkar Arts in this process. The production brings together the music forms of Carnatic and Hindustani and has been composed by famous music composer Praveen D Rao from Bangalore.

Dr Lavanya Balachandran, a premier practitioner of Carnatic music in the Lion City, will be the narrator who will take the audience through the journey of love of the heroines. Multimedia design has been done by Keerthi Kumar from Bangalore to enhance the overall visual experience. Curated sketches and paintings by Gauri Gupta will be projected during the performance and Daryl Soh will be doing the lighting design.