Following the launch of its service in the UK last year, Indian ride-hailing firm Ola has introduced autorickshaw services in Liverpool. 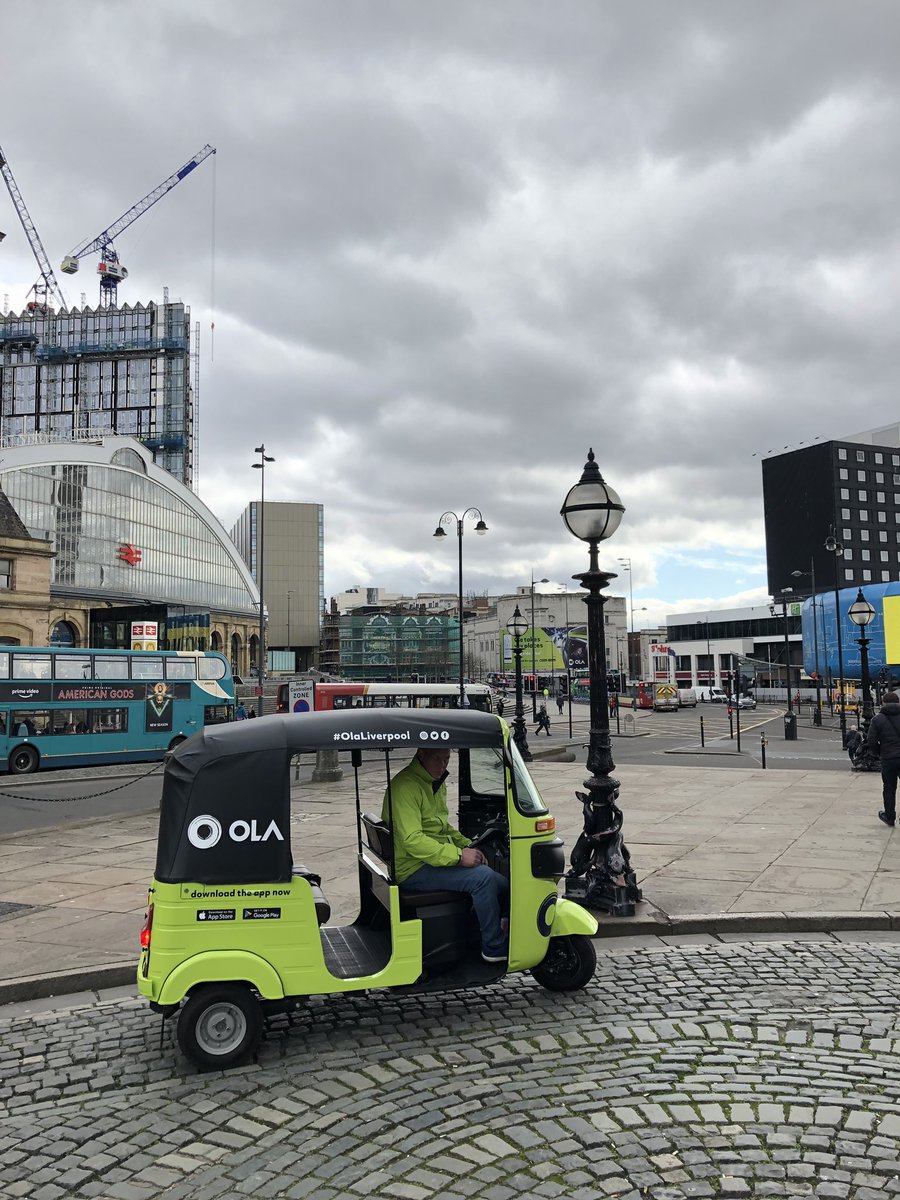 To celebrate its entry in the region, the Indian company offered rides free of charge around the Liverpool City Centre. Photo courtesy: Twitter/@OlainUK

The taxi-app last week launched a fleet of Bajaj and Piaggio autorickshaws in the port city with an aim to overtake Uber as the region's top ride-hailing firm. UK Managing Director of Ola Ben Legg drove people around the city behind the wheel of a Bajaj Re autorickshaw as part of the opening day promotion campaign.

People around the city saw brightly painted tuk-tuks with drivers wearing neon green jackets ferry passengers around. To celebrate its entry in the region, the Indian company offered rides free of charge around the Liverpool City Centre.

Ola has said that its fleet will allow more choice to the customers and pay a larger share of the fare to the drivers compared to Uber.

“I have been driving passengers around the city today and have really enjoyed the chance to discuss the challenges that the community faces and how we can help with our new technology, Managing Director of Ola UK Ben Legg said, adding: “We are celebrating bringing more travel and employment choices to Liverpudlians with our ride-hailing app with the help of the community choir.”

Introductory offers to celebrate Ola's entry to Merseyside includes 50% off for customers who download the app before the end of April. As part of its pledge to empower drivers, Ola says it offers the highest driver rates, charging 10% commission to black cabs, compared with 25% charged by competitors.

We had an absolute blast in Liverpool this weekend! Did you all enjoy your free rides? #OlaLiverpool pic.twitter.com/cwXSlDTXyq

Ola was first launched in the UK in Cardiff in August 2018, followed by a launch in Bristol in October and then in Bath and Exeter in November. The launch Liverpool is the fifth for Ola UK and the start of its expansion in the North of England this year.