OCI cards to be printed in New Zealand

There is good news for members of the Indian diaspora as Overseas Citizen of India (OCI) cards will now be printed in Wellington, New Zealand. OCI cards allow a foreign citizen of Indian origin to live and work in India indefinitely.

Presently, OCI cards are being printed in India. 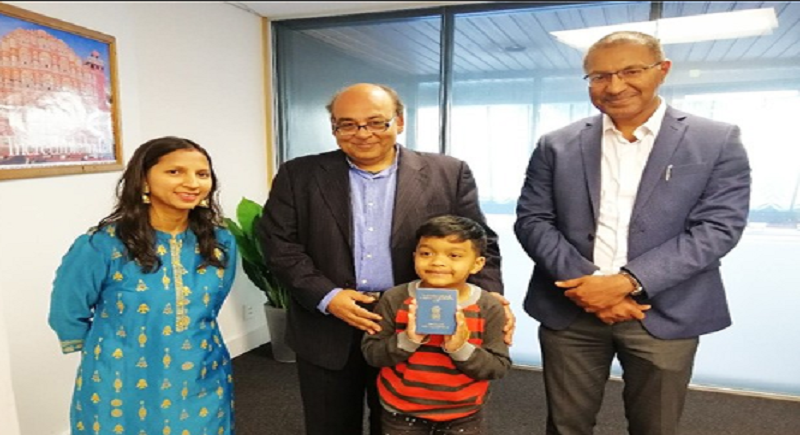 The printing of OCI cards in New Zealand will result in further reduction in processing time of OCI applications, thereby benefitting all persons of Indian origin in New Zealand, Samoa and Niue.

“Once the printing process is streamlined, our aim is to bring down the processing time of OCI applications to 30 working days from the current 40-50 working days,” said the release.

OCI was introduced in view of considerable demands from the people of Indian diaspora particularly in developed countries,

Overseas Citizenship of India scheme was introduced by amending the Citizenship Act, 1955 in August 2005, granting certain privileges to the foreigners of Indian origin for travelling to and staying in India, acquiring property in India and in certain financial, economic and educational matters.

The scheme was launched during the Pravasi Bharatiya Divas convention held in Hyderabad in 2006.

“We also take this opportunity to encourage all persons of Indian origin to obtain OCI cards, which not only serves as a lifelong Indian visa but also entitles the holder to benefits such as parity with Non-Resident Indians in financial, economic and educational matters,” said the release issued by High Commission.

“All are requested to carefully go through the application procedure and send us applications duly completed in all respects so that they can be processed expeditiously,” it added.

There are several benefits of OCI Card holders as they are entitled to:

However, OCI card holders do not have any voting rights and are not eligible for election to Union Parliament or State Legislatures or for holding Constitutional posts such as President, Vice President, Judges of Supreme Court/High Court, etc or to hold any Public Office under the Union or any of the State Governments.