A team from the National University of Singapore (NUS) has developed a quadcopter drone that can be powered solely by natural sunlight.

A first in Asia, the current prototype has flown above 10 metres in test flights – higher than a typical three storey building, NUS said in a press release.

The solar-powered drone utilised solar power with no battery or other energy storage on board. It was developed as a student project under the Innovation & Design Programme (iDP) at NUS Faculty of Engineering. 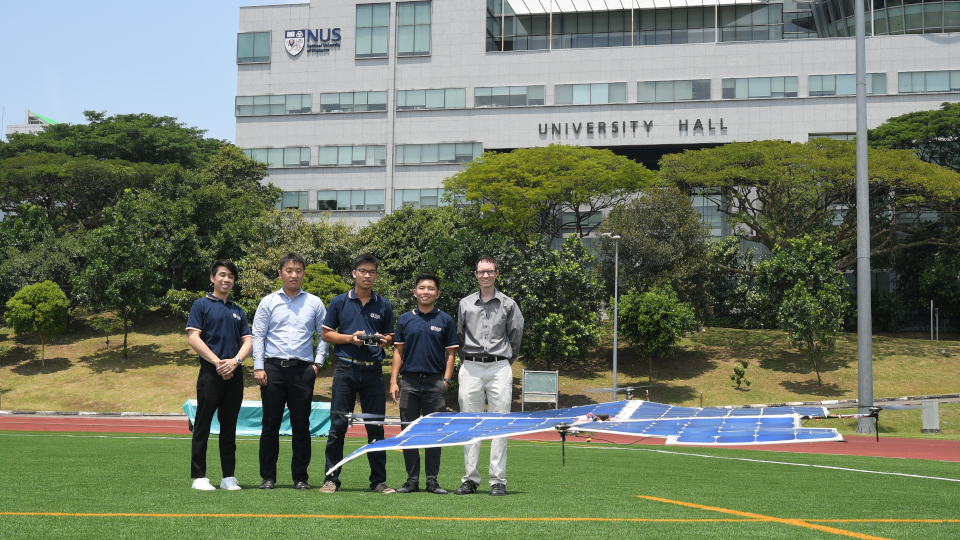 Weighing only 2.6kg, the quadcopter can take-off and land vertically without a runway.

“Our aircraft is extremely lightweight for its size, and it can fly as long as there is sunlight, even for hours,” said Associate Professor Aaron Danner from the Department of Electrical and Computer Engineering at NUS Faculty of Engineering, who supervised the project.

"Unlike conventional quadcopter drones, our aircraft does not rely on on-board batteries and hence it is not limited by flight time. Its ability to land on any flat surface and fly out of the ground effect in a controlled way also makes it suitable for practical implementation."

The solar-powered quadcopter drone can be controlled by remote control or programmed to fly autonomously using a GPS system incorporated into the aircraft. Batteries can be incorporated to power the aircraft when there is no sunlight.