Recognised for his “pioneering contributions to the science and technology of mechanical engineering", Professor Suresh joins a distinguished list of only 87 previous recipients of the ASME Medal since the award was first created in 1920.

ASME is a professional society founded in 1880 and currently comprising more than 100,000 members from over 140 countries. The society awards the medal annually to no more than one individual to celebrate eminently distinguished engineering achievements. 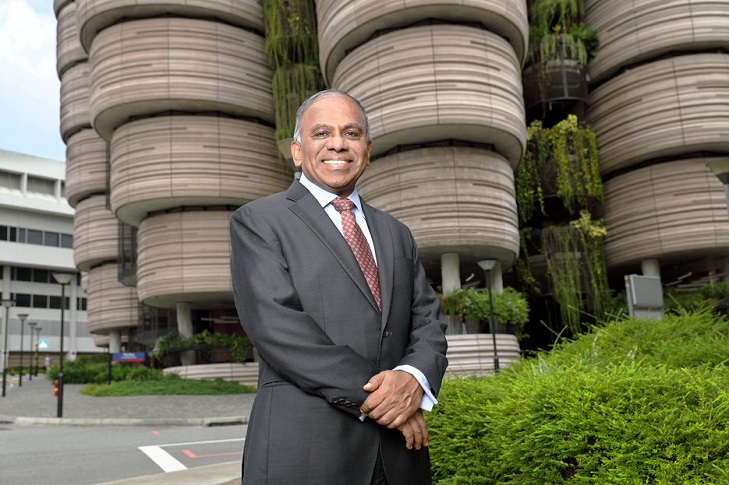 Professor Subra Suresh, President of NTU, has been unanimously selected by the Board of Governors of the American Society of Mechanical Engineers (ASME) to receive its highest honour, the 2020 ASME Medal. Photo courtesy: NTU

“I am deeply honoured and humbled to be selected for the ASME Medal. Over the last hundred years, this award has recognised many notable achievements, and the people behind them," said Professor Suresh, who is also NTU’s inaugural Distinguished University Professor.

"My own humble contributions would not have been possible without the collective efforts of my talented students, collaborators and colleagues, both past and present, and I share this recognition with them.”

Professor Suresh’s multi-disciplinary research work has been widely cited and recognised for its impact on industrial applications and on our scientific understanding of materials and human diseases. He is an author of three books and more than 300 scientific articles, co-inventor of about 30 patent applications, and co-founder of a technology start-up.

His other major honours include the Padma Shri, one of the top civilian awards, from the President of India.