Scientists at Nanyang Technological University, Singapore (NTU Singapore) have created a customisable, fabric-like “battery” that can be cut, folded or stretched without losing its function.

Led by Professor Chen Xiaodong, Associate Chair (Faculty) at the School of Materials Science & Engineering, the team created a wearable power source that works like a fast-charging battery and can be recharged many times.

Existing stretchable supercapacitors are made into predetermined designs and structures. This new invention can be stretched multi-directionally, and is less likely to be mismatched when it is joined up to other electrical components. 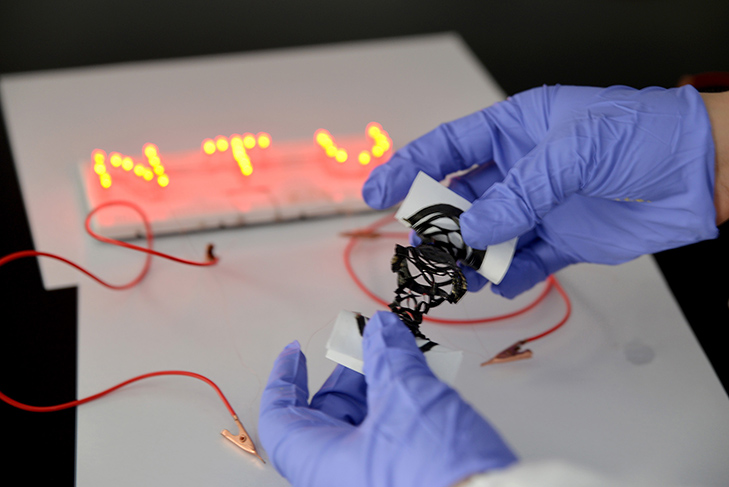 The new supercapacitor, when edited into a honeycomb-like structure, can store an electrical charge four times higher than most existing stretchable supercapacitors. In addition, when stretched to four times its original length, it maintains nearly 98 per cent of the initial ability to store electrical energy, even after 10,000 stretch-and-release cycles.

The device could be easily mass-produced as it would rely on existing manufacturing technologies. Production cost will therefore be low, estimated at about SGD$0.13 (USD$0.10) to produce 1 cm2 of the material.

The team has filed a patent for the technology. 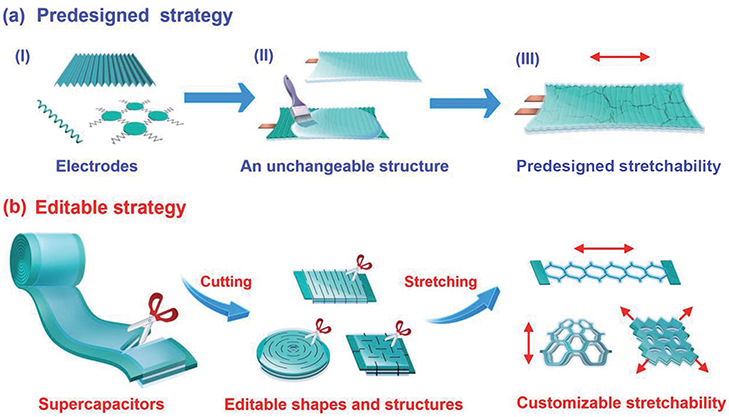 Illustration on the differences between traditional and new ways of manufacturing supercapacitors. Photo courtesy: NTU

“A reliable and editable supercapacitor is important for development of the wearable electronics industry,” said Professor Chen. “It also opens up all sorts of possibilities in the realm of the ‘Internet-of-Things’ when wearable electronics can reliably power themselves and connect and communicate with appliances in the home and other environments.

The NTU team also collaborated with Dr. Loh Xian Jun, Senior Scientist and Head of the Soft Materials Department at the Institute of Materials Research and Engineering (IMRE), Agency for Science, Technology and Research (A*STAR).

“Customisable and versatile, these interconnected, fabric-like power sources are able to offer a plug-and-play functionality while maintaining good performance. Being highly stretchable, these flexible power sources are promising next-generation ‘fabric’ energy storage devices that could be integrated into wearable electronics,” said Dr. Loh.