Researchers from Singapore and South Korea have uncovered new details of a brain pathway that can cause impulsive behaviours.

A research team led by Professor George Augustine from Nanyang Technological University, Singapore (NTU Singapore) discovered that impulsive behaviour is triggered when the brain signalling chemical dopamine is passed to an unexpected area of their brain.

Prof Augustine and his team used mice that had a specific set of dopamine receptors (“D2 receptors”) genetically removed. This effectively makes their brains unable to detect dopamine signals. The researchers then artificially activated these receptors in specific parts of the brain, and the mice displayed impulsive behaviour when the signal was picked up by the amygdala – an almond-like structure deep in the brain.

But it was what came next that surprised the researchers: the amygdala’s dopamine receptors in turn passed on the ‘dopamine baton’ to neurons that connect it with the ‘bed nucleus of the stria terminalis’ or BNST – a complex brain structure that orchestrates emotional and behavioural responses to stress. The discovery holds a new potential target for pharmaceutical developers, which could in turn lead to new treatments to manage various neuropsychiatric disorders. 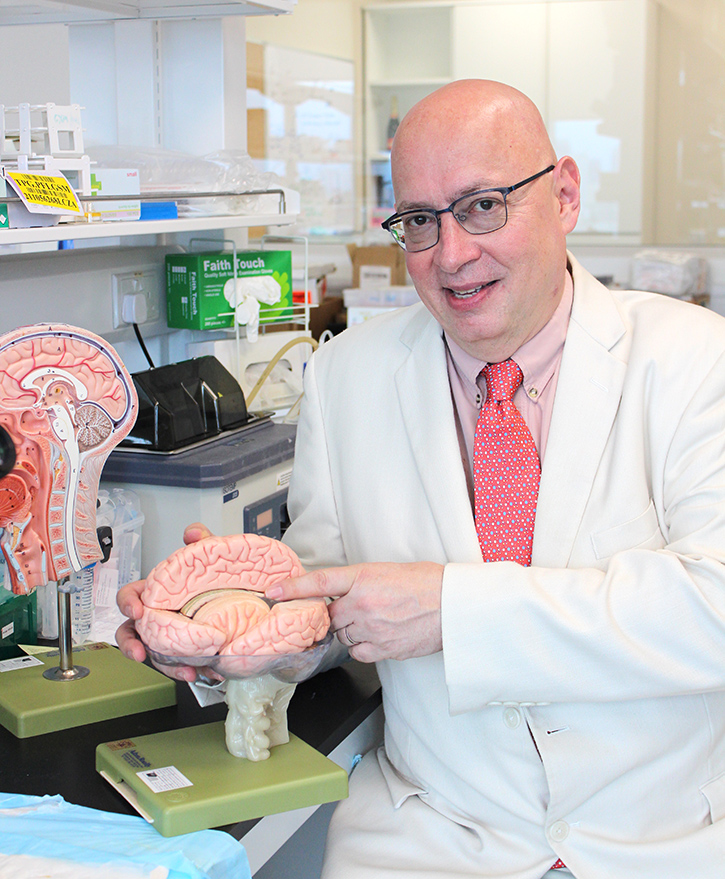 “We have shown for the first time that impulsive behaviour in mice is only triggered when dopamine signals are received and passed on to an unexpected part of the brain – from the amygdala to the BNST,” said Prof Augustine, a neuroscientist at NTU Singapore’s Lee Kong Chian School of Medicine (LKCMedicine).

“This research shows that the amygdala serves as a key staging post in the dopamine pathway that triggers impulsive behaviour and confirms the role dopamine plays in regulating impulsivity,” he said.

Associate Professor Ong Say How, Senior Consultant and Chief, Department of Developmental Psychiatry, Institute of Mental Health Singapore, who was not involved in the research, commented that, “This new finding could usher in novel pharmacological treatments, and help reduce impulsive behaviours commonly seen in wide-ranging psychiatric conditions and disorders. Reductions in impulsivity also imply more fore-planning and less risk-taking behaviours that often lead to accidental injuries.”

Prof Augustine added, “We hope this discovery could encourage new research into treatment options for other neuropsychiatric disorders such as bipolar and attention deficit hyperactivity disorders (ADHD), and even depression.”