Aimed at enhancing train reliability, the sensor system is now undergoing trials on a train serving the North-South and East-West Lines. It will be progressively implemented in phases across the network.

This is one of 13 ongoing projects under development at the SMRT-NTU Smart Urban Rail Corporate Laboratory, which was officially opened today by Mr Heng Swee Keat, Minister for Finance and Chairman of the National Research Foundation Singapore (NRF). 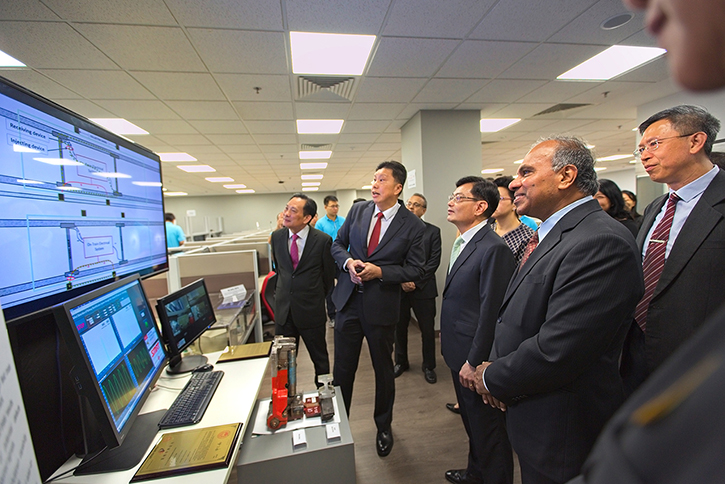 “NRF has facilitated the setting up of several corporate laboratories so that universities can work with companies to carry out industry-relevant research," said NRF's Chief Executive Officer (CEO) Professor Low Teck Seng. "We are encouraged that the partnership between SMRT and NTU has derived solutions that can now be deployed to improve rail operation and benefit commuters. We will carry on our work to strengthen the link between researchers and companies so that R&D continues to improve the competitiveness of our companies and the lives of Singaporeans.”

NTU President Professor Subra Suresh said, “The innovative research undertaken by the SMRT-NTU Smart Urban Rail Corporate lab attests to NTU’s drive in ensuring that research remains relevant, impactful, and beneficial to society. The joint lab also provides an interdisciplinary training platform for our students and researchers, allowing them to be at the forefront of new technologies as we nurture highly skilled technology leaders.”

SMRT Corporation Group CEO, Mr Neo Kian Hong, added, “We will work closely with the Land Transport Authority to test these new technologies on our network, and eventually implement them island-wide to improve the MRT services we provide to the public.”