Rounding off the nine days of Navratri celebrations, the Camden Durga Puja, one of Britain’s oldest and organised by Indian expats, has stepped into its 54th year. 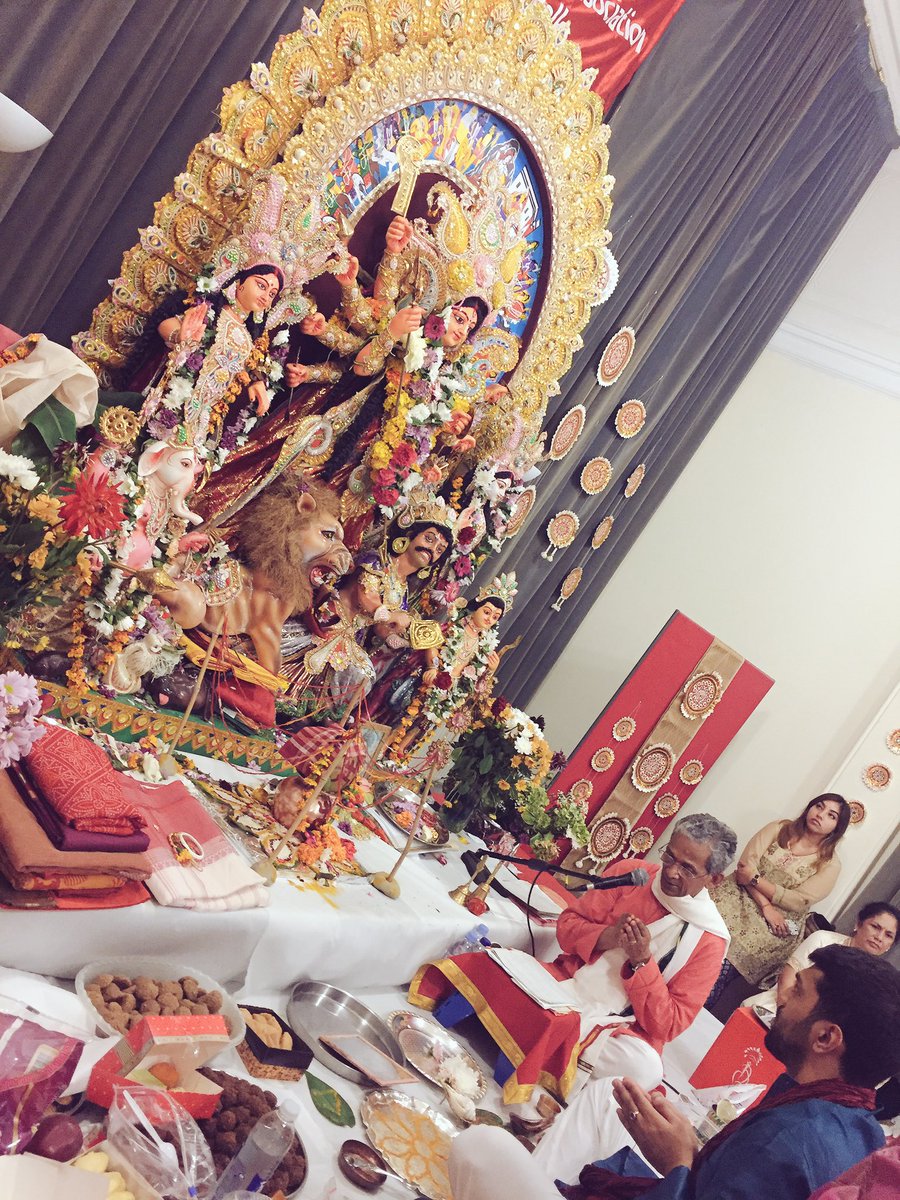 The London Durga Puja — Camden, which was started in 1963, has been patronised by industrialist Lakshmi Niwas Mittal and takes place at Camden Centre in central London, right opposite King’s Cross station.  This year, Metropolitan Police London’s forensic expert Varsha Mistry would be bestowed with the ‘Pride of London’ award for her contribution towards police service.

The award ceremony took place today on the day of Maha Navami (the ninth day of the Hindu month of Ashwin). The Mayor of Southwark and the Indian Deputy High Commissioner Dinesh Patnaik attended the award ceremony, an organising member of the London Durga Puja Dussehra Committee, who hails from Kolkata, told PTI.

As part of Bengal’s popular and centuries-old folk performing art, jatra will be performed live in front of the members of the Indian diaspora and foreigners. ‘Droupadir Bastraharon’, a jatra based on the epic Mahabharata, will be held on September 30, the day of Vijaya Dashami.

For Bengalis rooted to their culture in foreign soil, popular singers Lopamudra Mitra and Joy Sarkar will perform in a cultural concert at Camden on October 1. The puja is a must-see like Baghbazar Sarbojonin and Maddox Square in the itinerary among expatriate Indians, particularly Bengalis, during the five days.  “We strictly go by the date and timings in London pujas. It is perhaps more rigorous than elsewhere at home as the expatriate Bengali, always in a state of flux, is eager to retain roots,” an NRI said.

Maha Navami on Fri 29 Sept - join us at Hampstead Town Hall for #durgapuja in #belsizepark @… https://t.co/1wZI640uAq