As the Aadhaar system is expanding across the nation with plans to link it to over 50 services, administrative glitches and technical problems have cropped up, particularly relating to the status of Non-Resident Indians (NRIs). With this in mind, the Unique Identification Authority of India (UIDAI) – the body that issues Aadhaar cards - has issued a circular to government departments that clarified that NRIs and Persons of Indian Origin (PIOs) are not required to link bank accounts, PAN and other services with the 12-digit UID Number. The UIDAI instructed various implementation agencies to work out a mechanism to verify the status of such individuals as well. 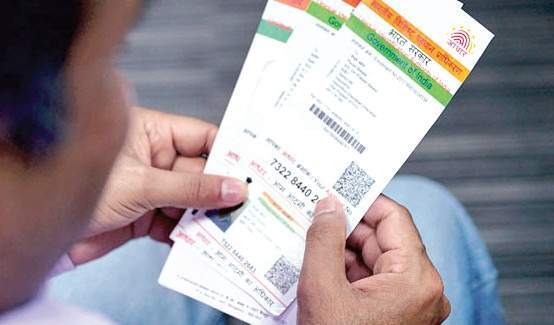 The UIDAI said that the Prevention of Money laundering Rules 2017 and the Income Tax Act clearly stipulate that the linking of bank accounts and PAN respectively “is for those persons who are eligible to enrol for Aadhaar”.  The Aadhaar-issuing body said several representations had been received about problems faced by NRIs, PIOs and Overseas Citizens of India OCI where Aadhaar was being demanded with regard to various services and benefits.

The UIDAI further noticed that some departments asked NRIs/OCIs/PIOs to submit or link their Aadhaar for availing services and benefits, despite the fact that they were not entitled to the 12-digit biometric identifier.

“The laws regarding submitting/linking of Aadhaar for availing the services/benefits apply to the residents as per the Aadhaar Act 2016… Most of the NRIs/PIOs/OCIs may not be eligible for Aadhaar enrolment as per Aadhaar Act…,” the UIDAI said in a note dated November 15 to central ministries and states.

The Indian Embassy in Doha, Qatar also issued a statement to this effect. On its Twitter page, it clarified that state government agencies or other organisations cannot insist on Aadhaar for NRIs/PIOs/OCIs and also shared the circular.