In a press statement, the institute said that the Distinguished Alumni Awards 2019 will be presented to three alumni of the institute - Prof Srinivasan Keshav, Cheriton School of Computer Science at the University of Waterloo; Dr Mohit Aron, Founder and CEO of Cohesity and Binny Bansal, Co-Founder, Flipkart. 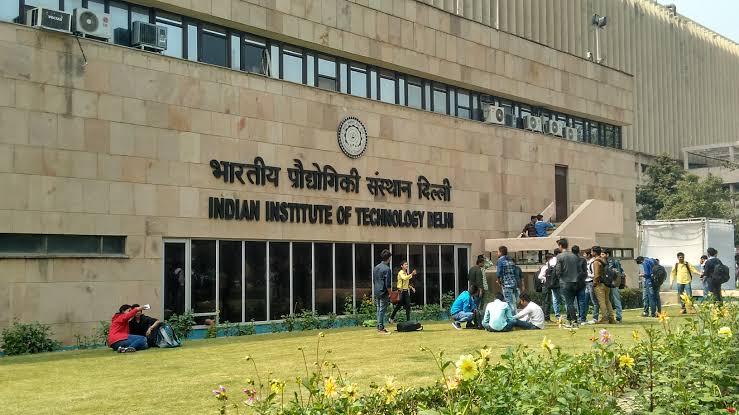 Over 50% of Indian or Indian-origin Unicorn founders are graduates of IIT Delhi and the Institute was celebrating their achievements through these awards. Photo courtesy: Wikimedia

"IIT Delhi has over 50,000 alumni right now and many of them have done exceedingly well in their chosen professions and brought glory to the institute and the country,” Prof V Ramgopal Rao, Director, IIT Delhi said while congratulating the awardees.  He added that over 50% of Indian or Indian-origin Unicorn founders are graduates of IIT Delhi and the Institute was celebrating their achievements through these awards.

A Professor at Cheriton School of Computer Science at the University of Waterloo, Srinivasan Keshav is known for his cutting-edge research in the areas of computer networking and energy informatics. He received his B.Tech in Computer Science from IIT Delhi in 1986 and his PhD from the University of California, Berkeley in 1991. He currently focuses on research in blockchains for transactive energy. 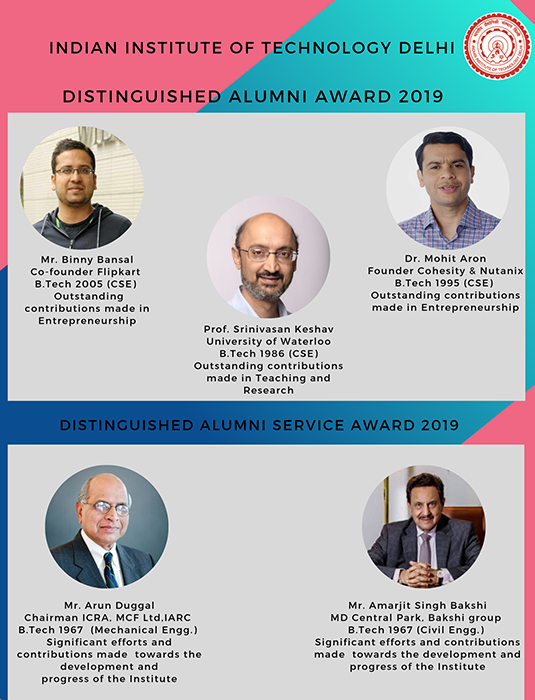 Founder and CEO of Cohesity, Dr Mohit Aron is an entrepreneur and businessman and commonly referred to as the "Father of Hyper-Converged Infrastructure". He co-founded Nutanix in 2009, and then Cohesity Inc. in 2013. He earned his PhD from Rice University in Computer Science in 2000 and received his B.Tech. degree in Computer Science from IIT Delhi in 1995.

Indian billionaire and Internet entrepreneur, Binny Bansal is co-founder of the Indian online retail giant Flipkart. He did his B. Tech in Computer Science & Engineering from IIT Delhi in 2005.

A US national and current resident of India, Arun Duggal is the Chairman of ICRA Ltd., Mangalore Chemicals & Fertilisers Limited and International Asset Reconstruction Company. A Mechanical Engineering B. Tech. graduate of 1967 batch from IIT Delhi, Duggal had a 26-year long career with Bank of America.

Founder, Chairman and Managing Director of the Bakshi Group, Amarjit Singh Bakshi is a Delhi-based business conglomerate and a first-generation entrepreneur. Bakshi is a Civil Engineering B.Tech graduate of the 1967 batch from IIT Delhi. He has served as the CMD of the Continental Engines India since 1990 and Central Park Group since 2001. He was awarded the Lifetime Achievement Award for "Outstanding Contribution to National Development" by the IIT Delhi Alumni Association.