NRI in India for I-Day assaulted, dies of heart attack

In an Independence Day tragedy, a 50-year-old Non-Resident Indian (NRI) died after an alleged fight with a security guard and another resident in a bungalow in Gurgaon on Wednesday evening, police said. 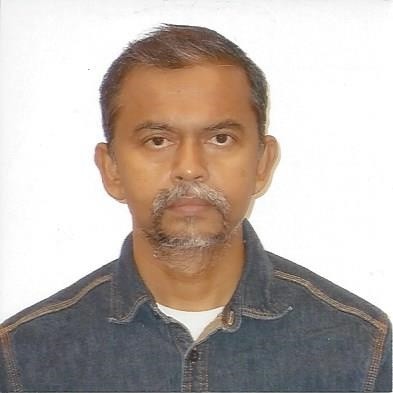 Somou Balaya visited the city once a year every June during his son’s summer break and his nephew Abhishek Singhal stated he had celebrated Independence Day in India for the past 25 years. Photo courtesy: Somou Balaya Linkedin page.

According to news reports, Somou Balaya is the Founder and CEO of Visvait Corporation, an IT and software development firm based in San Antonio, Texas in the US. He was staying in a house he owned in DLF Phase 1, a gated colony in Gurgaon. According to the police, the Puducherry native visited the city once a year every June during his son’s summer break and his nephew Abhishek Singhal stated he had celebrated Independence Day in India for the past 25 years.

The police report said the incident took place around 5pm on Wednesday, near a private school in Block P of the DLF Phase 2 colony, when Balaya was returning home after dropping his son for swimming classes. He had reportedly asked for directions from Pradeep Singh (46), a gate guard of a bungalow owned by Manik Khosla (25). An argument started when Balaya confronted the security guard about allegedly giving wrong directions.

The police said they received a call informing them of a man found lying by the roadside. The victim was rushed to a private hospital, where he was declared brought dead, assistant commissioner of police Shamsher Singh said.

“We could identify him through the passport card kept in his wallet, and got his residential address from the visiting card in his pocket,” Singh said.

Balaya’s cremation will be held in Delhi today, said a friend of the deceased, requesting anonymity. He is survived by his wife Geeta and son Raja Krishnan. The family has refused to talk to the media.

The police said they got suspicious after they visited the spot and cross-checked with the accused Pradeep. CCTV footage showed Pradeep and Khosla thrashing Balaya and police arrested them both yesterday.  A case of murder, under sections (302) and 34 (common intention) of the Indian Penal Code, was filed against them.

Dr Deepak Mathur, a forensic expert at the Gurugram Civil Hospital, conducted the post-mortem. He said there were superficial injury marks on the body but added that they seem to have not led to his death.

“The man died due to a heart attack. However, we have sent the viscera and swab samples to the Madhuban forensic science laboratory for examination,” Dr Mathur said. 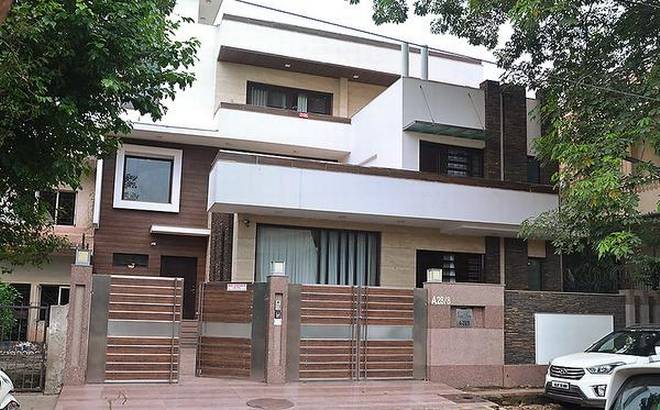 The victim had bought a bungalow (pictured) in DLF Phase 1 in Gurgaon five years ago. Photo courtesy: Twitter/@TheHindu

The complainant in the case Sonu Mishra (26), supervisor and caretaker of Balaya’s residence, said a police team had come to the house to inform them about the incident. When the family reached the hospital, they found that Balaya had died.

“I was not at the spot, I have no idea about exactly what happened and what led to his death. The driver, Bablu, had left around 4.20 pm and he (Balaya) had asked him (Bablu) to pick him around 5pm,” Mishra said.

Balaya and his family were set to return to the US tomorrow, the caretaker said.