Amrik Singh, a US-based NRI, has donated INR10 lakh for the renovation of Government Elementary School in Kalewal, Punjab.

The school now resembles a convent school as it is equipped with a Wi-Fi system and the children are being provided education through Internet and projectors. 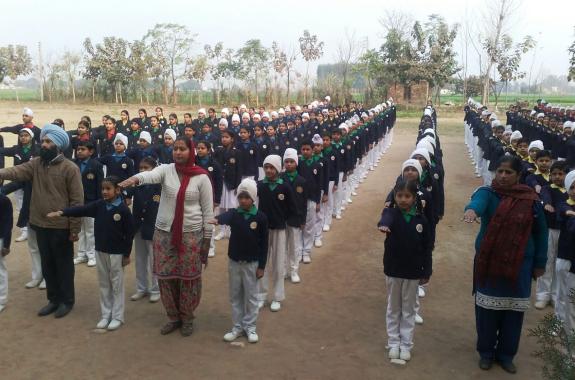 School teacher Karamjit Singh said Amrik Singh, a former student of the school, earlier resided in the village before shifting to the USA. He had visited the school in 2007. The condition of the school then was deplorable and only the children of brick kiln workers used to study in the school and none of the village children came here.

He said at present 24 children of the village were studying in the school. "They are getting an education in the English language. Grass has also been grown in the school park, besides planting more than 100 ornamental plants," he said.  They have purchased a water cooler, RO system, inverter, air cooler and 10 benches. He said nursery classes have also been started and seven children have been admitted to the class from this academic session. He said a playground has also been prepared at the backside of the school.