Not treated very well by India, but I like PM Modi a lot, says Trump as trade deal looks unlikely

With less than a week to go before his visit, United States President Donald Trump said there was little likelihood of a trade deal with India. 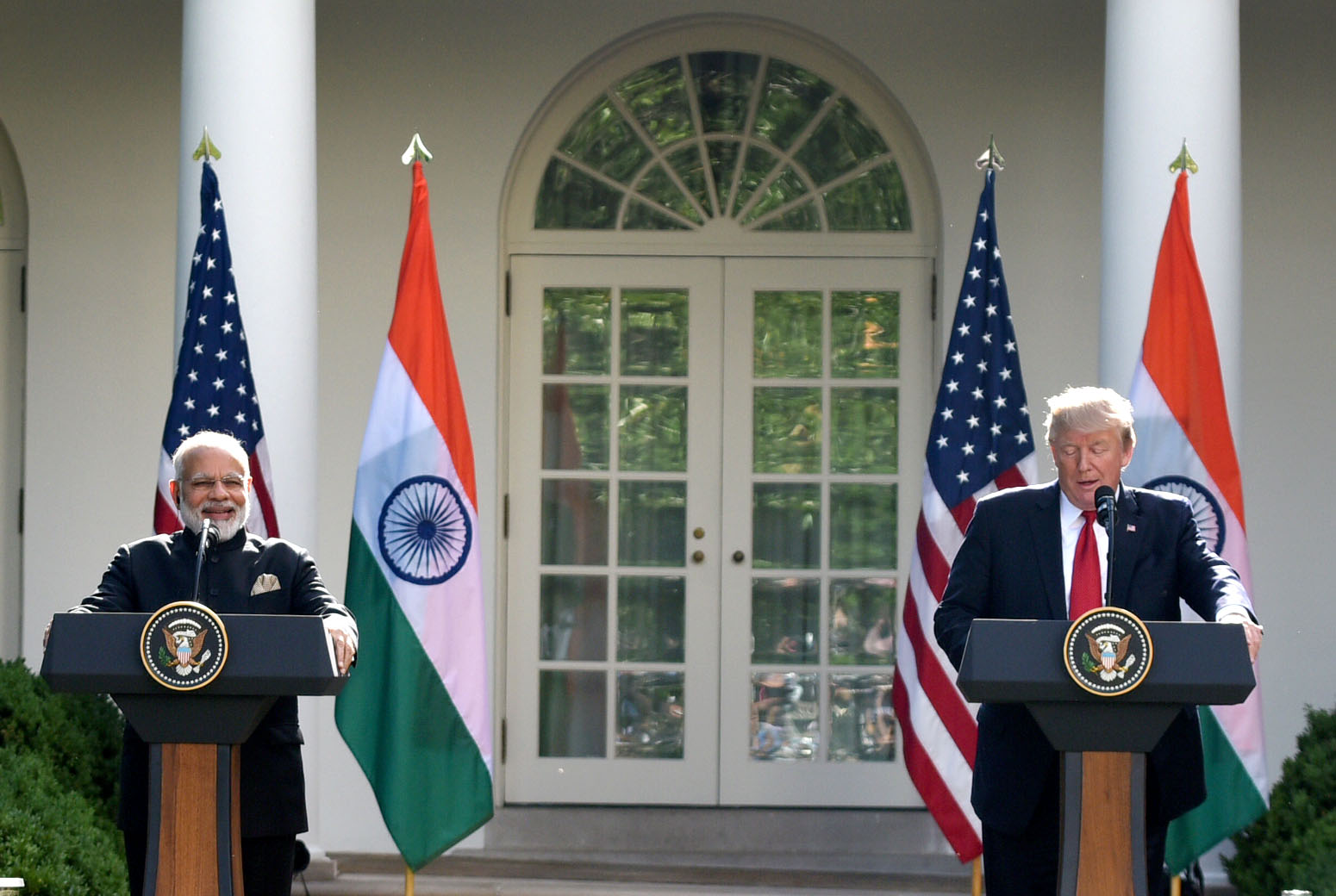 with India," but added, “I don’t know if it will be done before the election." Photo courtesy: MEA

"Well, we can have a trade deal with India, but I’m really saving the big deal for later on," Trump told reporters as he left the White House for a trip to California.

Trump last year re-classified India as a developed nation, rendering it ineligible to avail of trade benefits and incentives afforded to developing countries that previously gave some Indian exports tariff-free access to the US market.

Officials from both sides since then have been trying to hammer out a modest agreement, which would open up India to American exports of agricultural products and medical devices in return for a restoration of India’s preferential status. People familiar with the negotiations say they had been making progress until recent days, building expectations of an announcement during Trump’s February 24-25 visit.

But Robert Lighthizer, the US trade representative, cancelled a planned visit to the country last week as the talks appeared to stall once again.

Trump appeared to confirm that when he told reporters that he still wanted to do “a very big trade deal with India," but added, “I don’t know if it will be done before the election."

“We’re not treated very well by India, but I happen to like Prime Minister Modi a lot," he said.

Demands for greater access to the Indian market sought by American makers of stents and other medical devices as well as dairy farmers - two constituencies that are part of Trump’s vote base - were behind the push that led to Trump’s decision last year to suspend India’s privileges under the Generalised System of Preferences programme for developing countries.