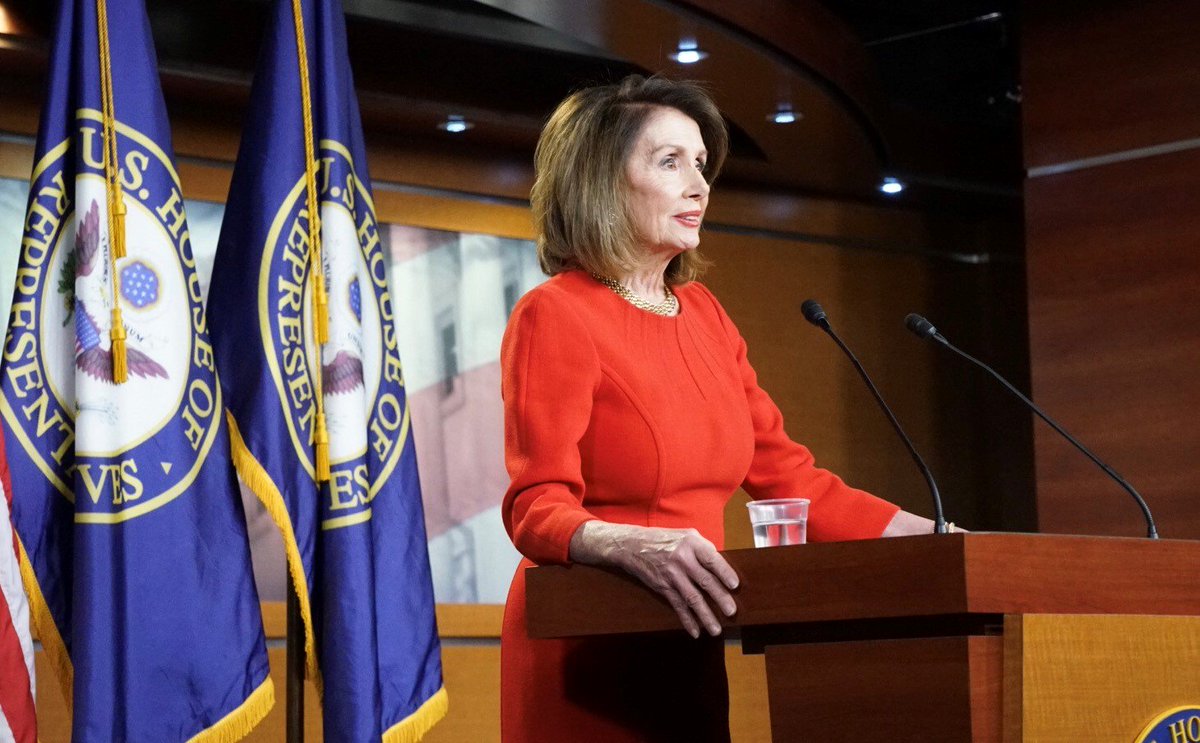 United States House Speaker Nancy Pelosi said on Tuesday that the House of Representatives does not plan at this time to hold a full vote to authorise the impeachment investigation into President Donald Trump.

"There is no requirement that we have a vote and so at this time we will not be having a vote," Pelosi said at a press conference on Tuesday.

The White House has criticised the lack of such a vote and has said that the President and other officials will not cooperate with what it describes as an “illegitimate investigation”.

Democrats are allowing no transparency at the Witch Hunt hearings. If Republicans ever did this they would be excoriated by the Fake News. Let the facts come out from the charade of people, most of whom I do not know, they are interviewing for 9 hours each, not selective leaks.

The investigation is focused on the July call between Trump and Ukraine President Volodymyr Zelenskiy, where the American leader pressurised his Ukraine counterpart to  investigate election rival Joe Biden and his businessman son, Hunter, who had been on the board of a Ukrainian energy company.

Democrats have accused Trump of pressuring a vulnerable US ally to dig up dirt on Biden by threatening to withhold USD 391 million in US security aid meant to help Ukraine combat Russian-backed separatists.

Nancy Pelosi and Adam Schiff are ringleading an impeachment circus behind closed doors, without setting rules, without even holding a vote.

Trump has denied wrongdoing and has been vocally opposing the impeachment investigation every step of the way. The Pentagon said on Tuesday said that it was unable to share documents with the House of Representatives committee pursuing the impeachment inquiry, citing "legal and practical concerns."