Singapore-headquartered Nium has decided to ride on the popularity of cricket by coming on board as the global fintech partner for the ICC men’s T20 World Cup. According to Yogesh Sangle, Global Head of Consumer Business at Nium, cricket is loved by clients and serves as a perfect platform for them to connect with existing and potential employees. 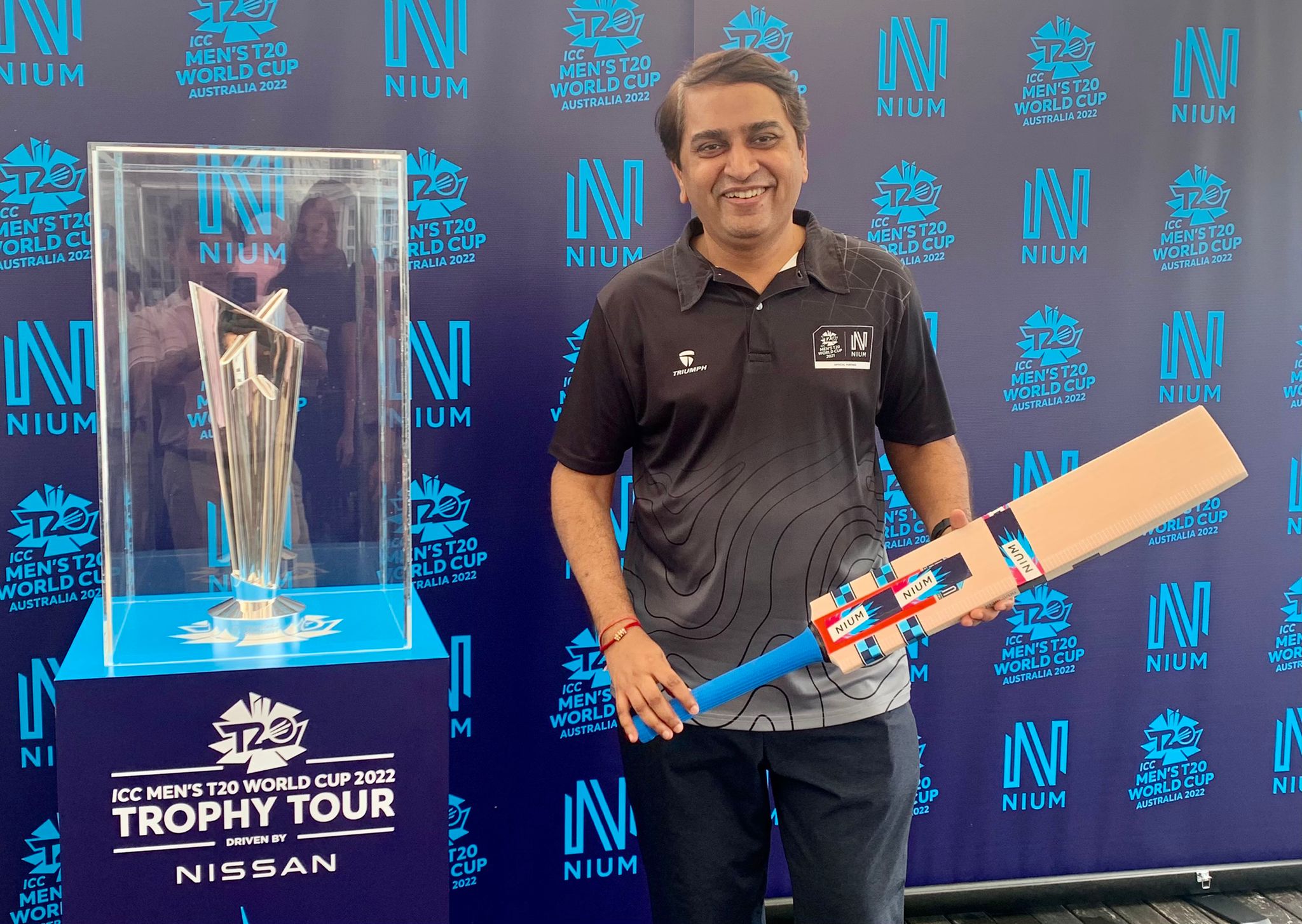 The International Cricket Council (ICC) and Nium have entered a multi-year strategic partnership which includes involvement and integration in three global ICC events through to the end of 2023. Photo: Connected to India

Nium, founded by fintech gurus Prajit Nanu and Pratik Gandhi, is an embedded fintech company that provides banks, payment providers, travel companies, and businesses of any size with access to global payment services via their API suite. The fintech firm was one of the Men’s T20 World Cup trophy's display hosts in Singapore, during its journey across 13 countries and four continents. The trophy was on display at the Singapore Cricket Club for cricket enthusiasts to get up-close and capture some memorable moments with it.

Connected to India sat down with Yogesh at the event and talked with him about Nium’s business structure, their partnership with the ICC and the global fintech market.

“I think for us the future is we want to redefine global fintech infrastructure and really solve big problems which exist when money moves across borders,” Yogesh told Connected to India.

The International Cricket Council (ICC) and Nium have entered a multi-year strategic partnership which includes involvement and integration in three global ICC events through to the end of 2023 such as the ICC Men's T20 World Cup in the United Arab Emirates and Oman, the ICC World Test Championship Final in 2023 and the ICC Men's Cricket World Cup 2023 to be hosted in India.

“This partnership allows us to showcase our fintech innovations on a global stage, and to engage cricket-loving technologists in the development of new programs to advance the global game experience," Prajit Nanu, Co-Founder and CEO, Nium, said. 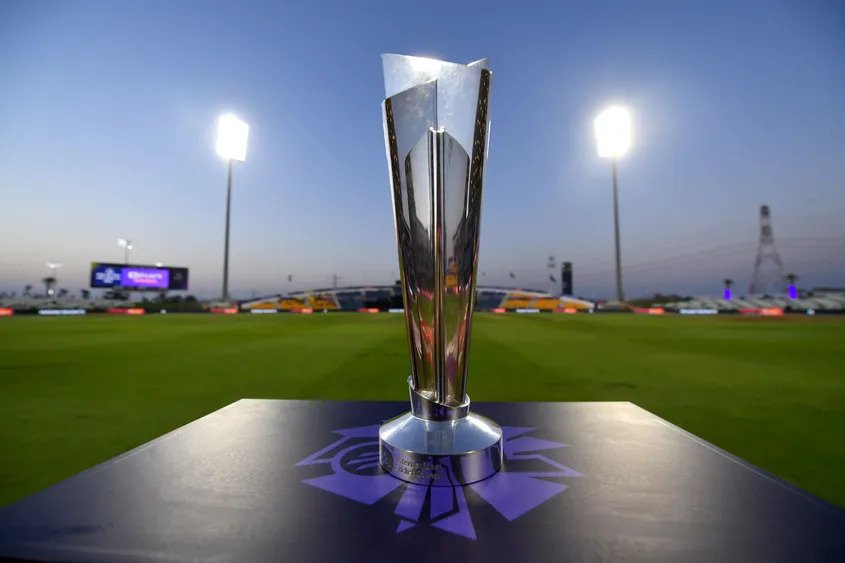 The trophy was on display at the Singapore Cricket Club for cricket enthusiasts to get up-close and capture some memorable moments with it. Photo courtesy: ICC

Yogesh said that Nium’s decision to team up with the ICC as a unique B2B commercial partner was taken because of the synergy between cricket’s popularity across multiple countries and their own plans to expand their footprint. In addition, he said, cricket was an important draw for their clients and potential employees as well.

Recently, they launched a coding challenge to give tech-savvy fans the opportunity to help create ‘Whozat?’ a new online game to be released in September ahead of the ICC Men’s T20 World Cup 2022.

‘WhoZat?’ challenges fans to guess the players competing in the Men’s T20 World Cup through a series of clues and creates an engaging way to get to know the World Cup stars. 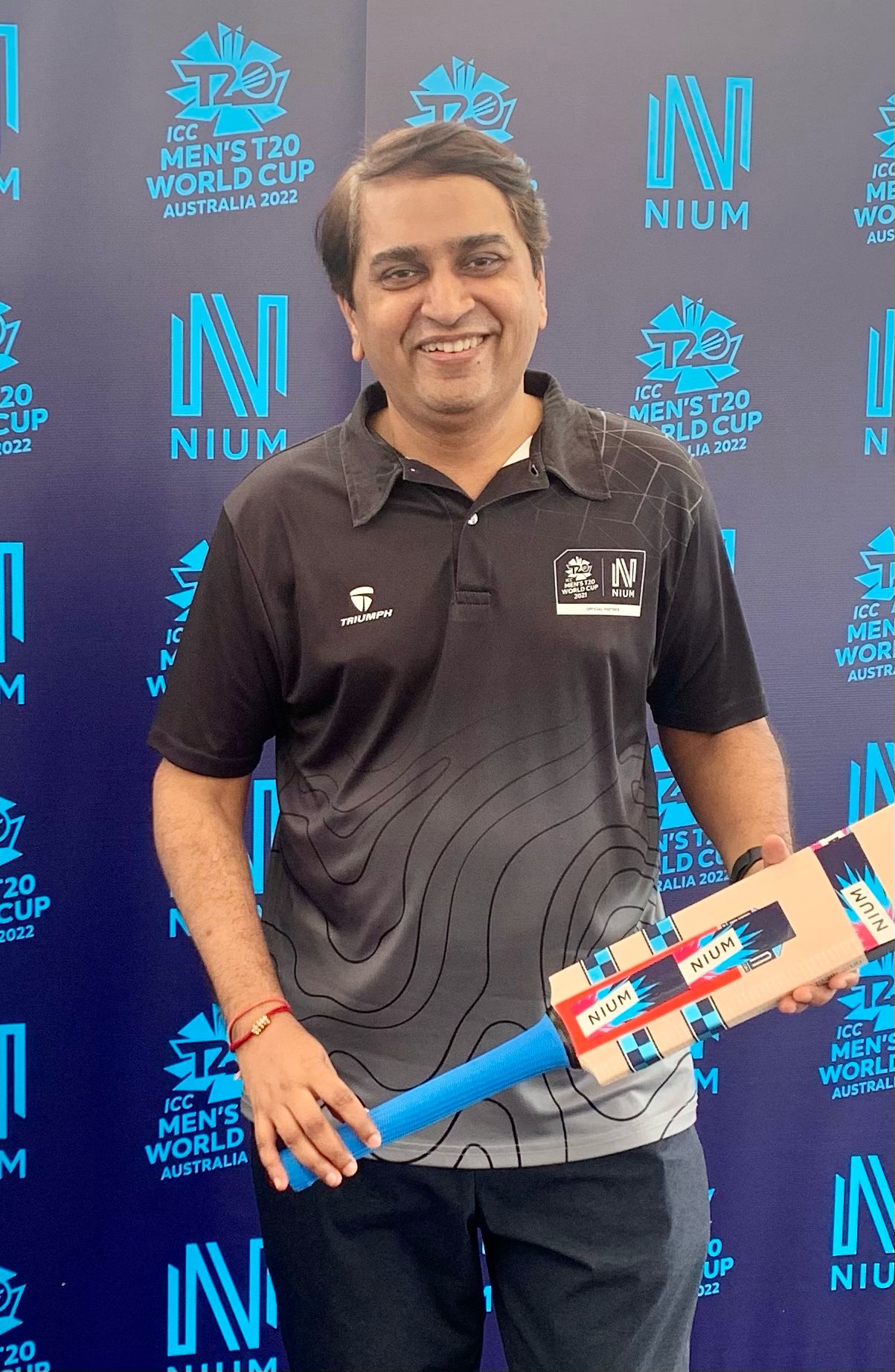 Yogesh Sangle, Global Head of Consumer
Business at Nium, said they were teaming up
with the ICC as a unique B2B commercial
partner. Photo: Connected to India

The Nium Coding Challenge will enable technologists to combine their passion for cricket with their love for innovation. It will be followed by the Nium Hackathon later this year. The first-of-its-kind event for the ICC will bring together a community of sport and technology stakeholders to create new fan engagement experiences for the global game.

Other events on the calendar include ‘The Captain’s Table Leadership Series’ and a ‘Partners in Charity’ match.

“We have come a long way in a year, and there's more to come over the next 12 months across South Africa, England and India,” Yogesh said, signing off.