NTU, one of the most prestigious and top institutions in Asia, has established the NTU Institute of Science and Technology for Humanity (NISTH) to study the impact of technology on human society as well as to bring industry, government and academics together to find opportunities to enhance the use of technology for the betterment of humanity. 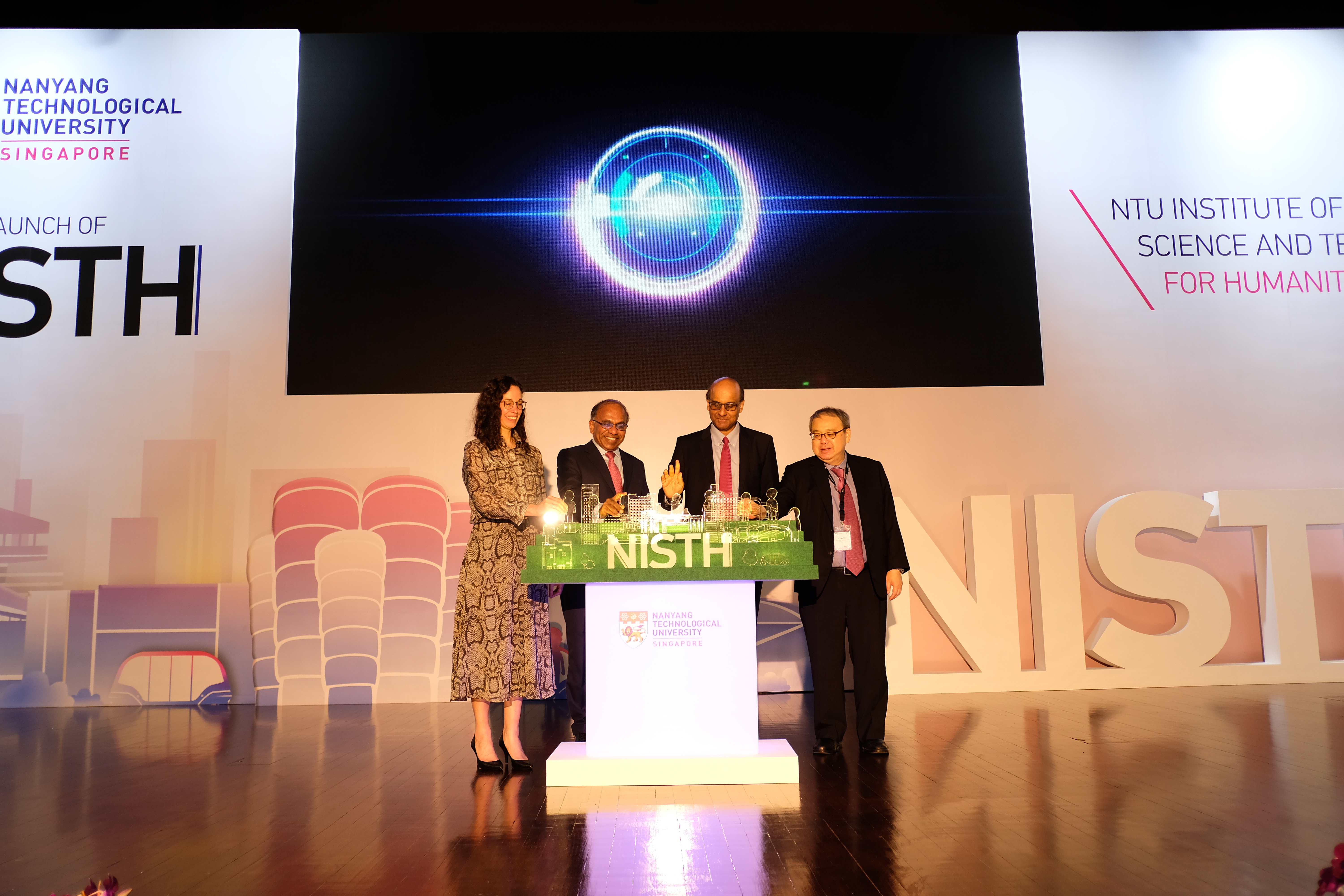 While launching the NISTH, Tharman Shanmugaratnam Deputy Prime Minister of Singapore, said, “While the benefits of technological innovation have been tremendous, more thoughts must be put into potential downsides.”

“We have to think about the ethical implications of innovations in science and technology upfront, and build it into the design of our solutions,” he added.

Sharing his thoughts, Professor Subra Suresh, NTU president, said, “A human-centric and ethical approach to science and technology is imperative. With its unique and diverse intellectual strengths, the NTU community of highly talented people is well-positioned to play a leading role in fostering activities that bring together global thinkers to identify ways to maximise the benefits of technologies while minimising technology’s possible negative effects and unintended consequences for individuals and societies.” 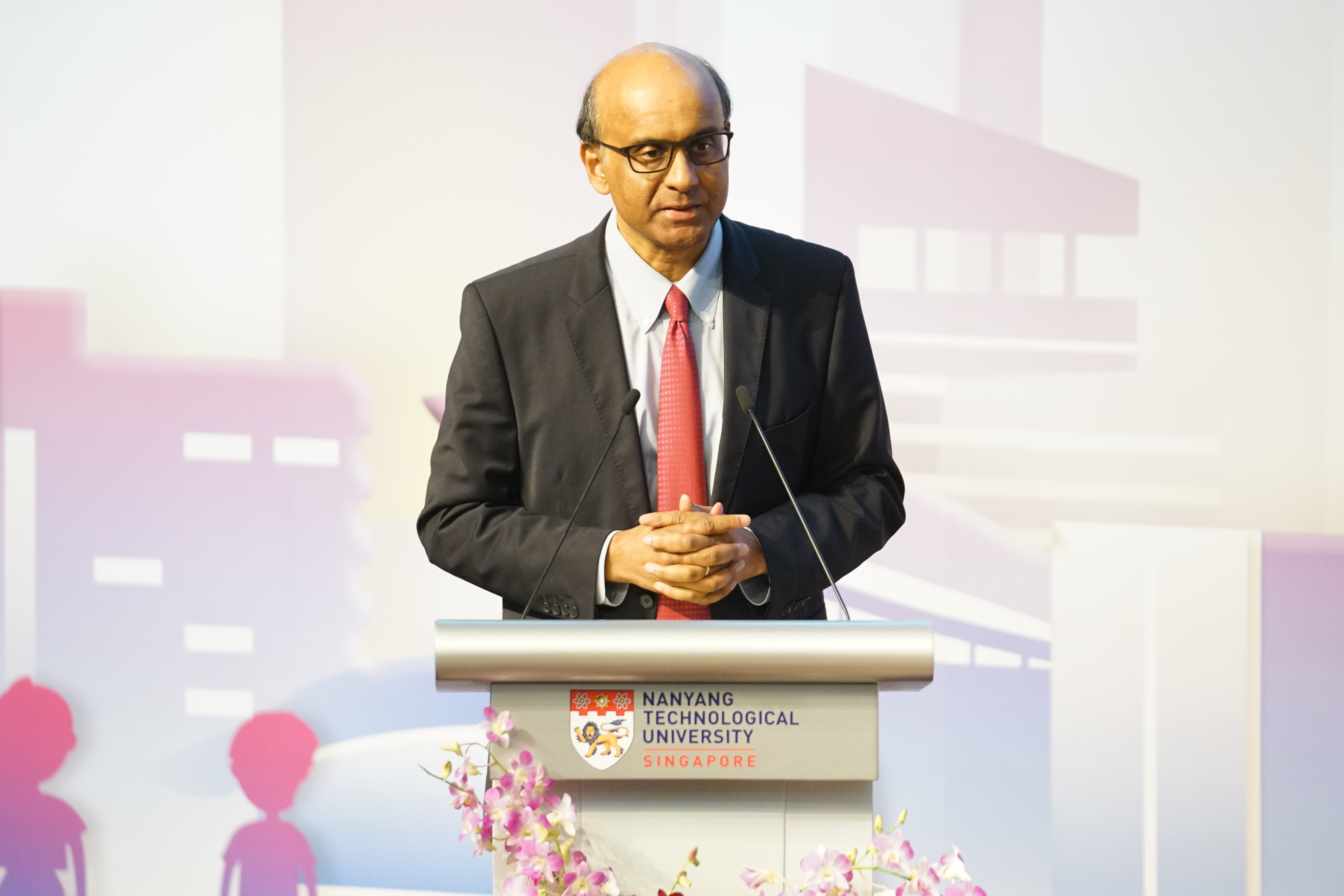 Deputy Prime Minister Tharman Shanmugaratnam speaking at the launch of the NTU Institute of Science and Technology for Humanity. Photo courtesy: NTU

“As an interdisciplinary institute, NISTH will tap into NTU’s multidisciplinary strengths to foster research on the impact of science and technology on humanity. The establishment of NISTH is significant as Singapore embarks on the Smart Nation initiative in its next phase of development, where technology will empower people to lead meaningful and fulfilled lives. As one of the world’s top universities, NTU is well positioned to not only create new science and technologies, but also pathways to roll out those technologies for the benefit of Singapore, the region and the world, with a particular focus on implications for humanity,” he added.

NISTH will adopt a thematic approach that cuts across various broad subject areas such as in the areas of science, technology, business, medicine, the humanities, arts and social sciences. It will focus on a start in three key areas:

1. Responsible Innovation: This theme will seek to address ethical implications of innovations – such as nanotechnology, personalised medicine, unmanned ground and aerial vehicles, and bioengineering – that will have a wide impact on society. 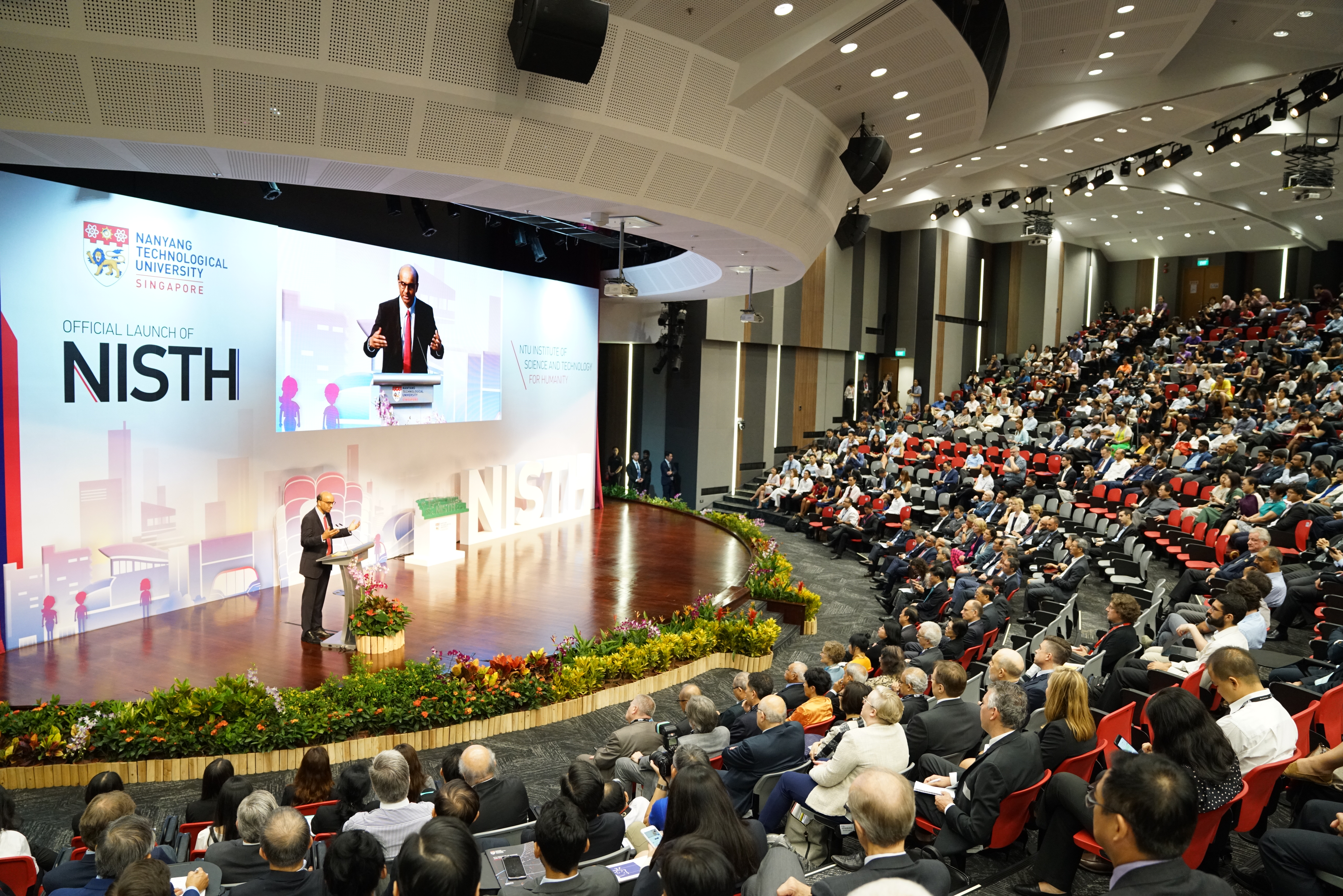 Deputy Prime Minister Tharman Shanmugaratnam addressing the 900-strong audience at the launch of the NTU Institute of Science and Technology for Humanity. Photo courtesy: NTU

2. Governance and Leadership in the Era of the Fourth Industrial Revolution: This theme will look at issues of governance of technology use, the kind of leadership that is required to steer the world safely through this period of transformative change, and how new technologies, such as big data, impact leadership and policy decisions. The speed and influence of technological change have a significant impact on society, and there is a critical need to examine how they can be properly managed and regulated in the interest of human well-being.

3. New Urban Asia: This theme looks at the impact of technology and how it is transforming the urban landscape in Asia, and how it is affecting the lives of people in the world’s most populous continent. 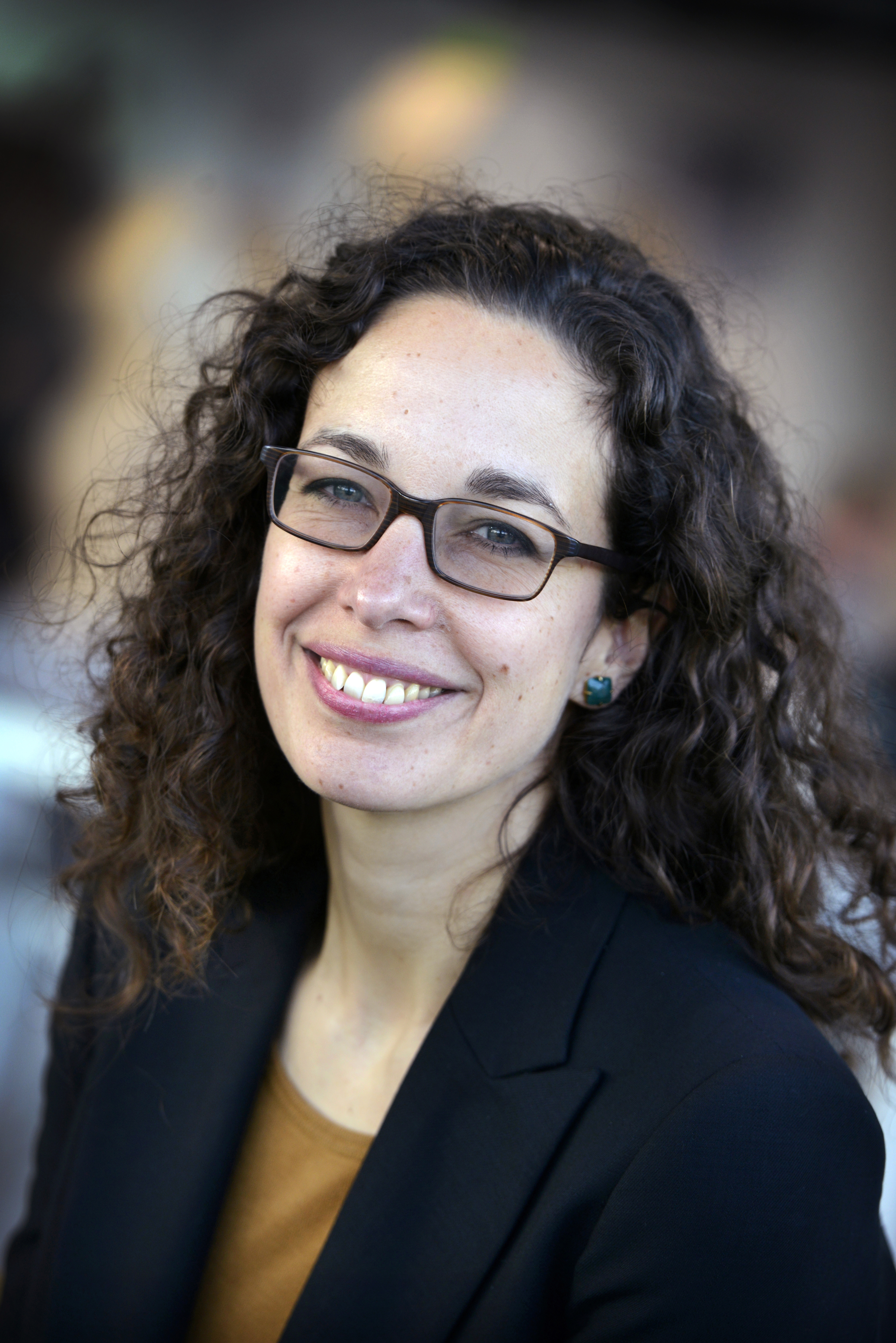 Notably, NISTH will be helmed by Professor Vanessa Evers who joins NTU on August 1, 2019. She is renowned for her work in the field of socially intelligent computing and human-computer interaction and has guided teams to create real societal impact through science. She is presently Professor of Computer Science at the University of Twente’s Human Media Interaction group in the Netherlands, and also serves as the vice dean of the Faculty of Electrical Engineering, Mathematics and Computer Science, and Scientific Director of the university's DesignLab.

“With Industry 4.0 developments taking place across the globe, the transformations to the way we live, work and play will require us to identify the difficult questions that need solving. It requires us to work together across the many differences that tend to divide us, to solve those questions so that humanity on our vulnerable planet can prosper,” said Prof Evers.

To mark the launch of NISTH, NTU had organised the inaugural NISTH Ideas Challenge, a university-wide competition that aimed to involve the University’s campus community in mapping out the fundamental issues and principles that would help guide the development of AI for the benefit of society and humanity. 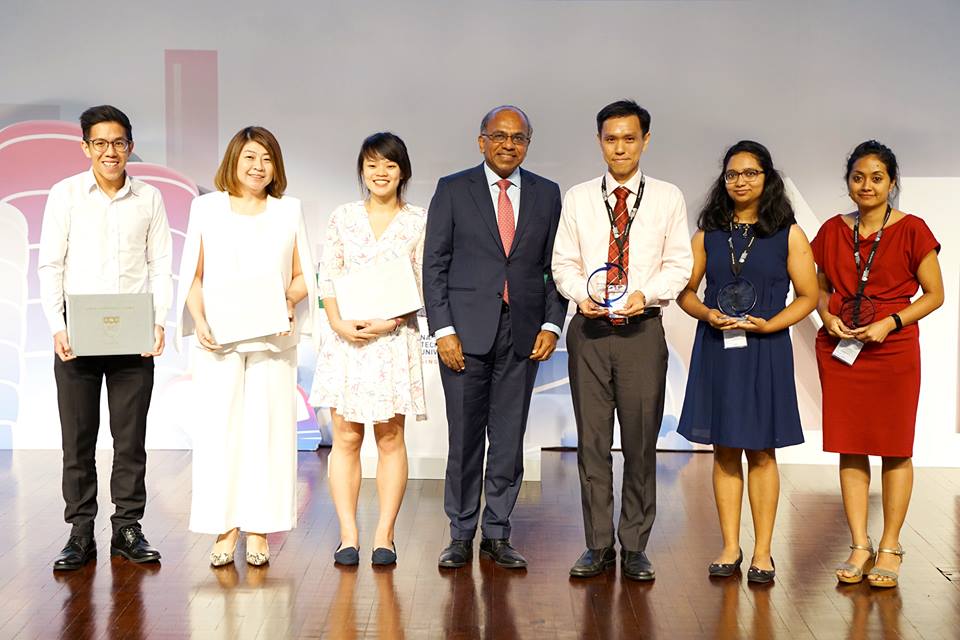 Emmanuel Tan, an educational development specialist and facilitator of team-based learning at NTU’s Lee Kong Chian School of Medicine wins the top prize for his proposal on an online mediation system for AI to resolve conflict in AI-related disputes, such as human-robot conflict.

The second prize was won by School of Computer Science and Engineering and School of Physical and Mathematical Sciences students Bisakha Das, Mohit Prashant and Poorvi Ashok, who raised the issue of discriminatory profiling with AI.

Humanities research fellow Dr Kadek Ratih Dwi Oktarini and Dr I Made Riko, senior research fellow at the Asian School of the Environment have clinched the third prize for their proposal on an intelligent Internet chatbot system (AI Companion) that interconnects with various medical facilities. Three other teams of contestants also received commendation awards.