South Carolina Governor Nikki Haley has been confirmed as the next Ambassador to the United Nations by the US Senate.

With this Haley becomes the first Indian-American to serve in a cabinet rank position in any presidential administration in the US. 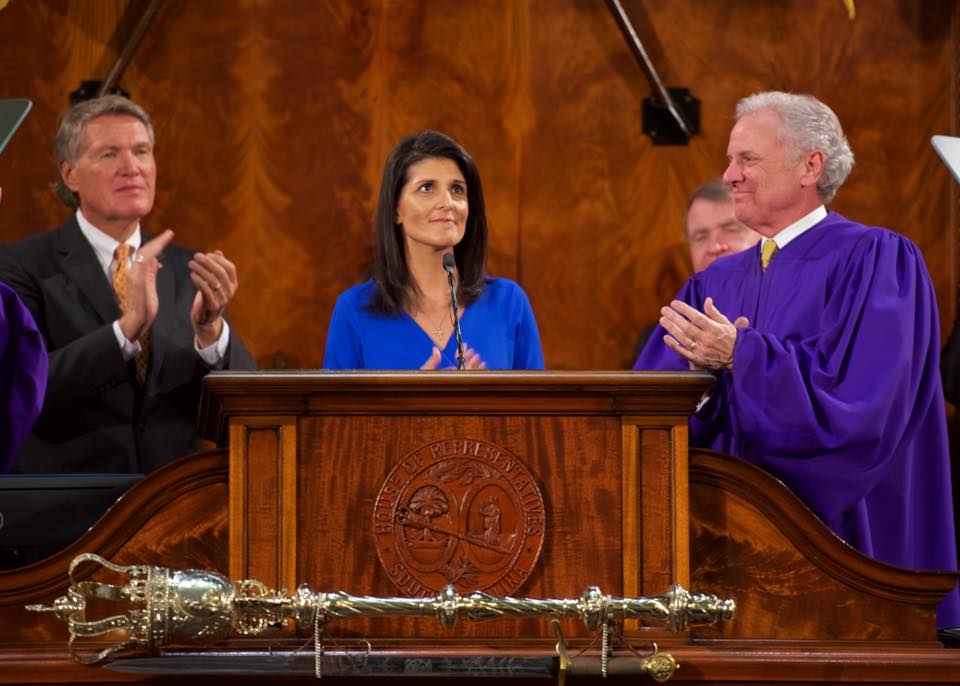 Nikki Haley confirmed as the next Ambassador to the UN by the US Senate. Photo courtesy: Haley's Facebook page

Haley was approved by the Senate on a 96-4 vote. She is expected to be sworn in shortly.

Replacing Samantha Power at the UN, Haley has already created history by becoming the first woman Indian-American Governor of a US state.

After Bobby Jindal of Louisiana, she is only the second ever Indian-American to be elected as the Governor of a state.

Haley would now be replaced by Lt. Gov. Henry McMaster as governor and will complete her term that ends in 2018.