The fourth South Asian Diaspora Convention(SADC) 2019 organised by the  Institute of South Asian Studies (ISAS) was preceded by a gala dinner and awards ceremony at the Shangri-La Hotel on Friday, November 15, in Singapore.

Sir Fazle Hasan Abed, founder and Chair Emeritus of ​BRAC, one of the world's largest non-governmental organizations, was announced as the winner of the Outstanding Member of the South Asian Diaspora (OMSAD) Award 2019. Past recipients of this award include former Singapore president late SR Nathan. 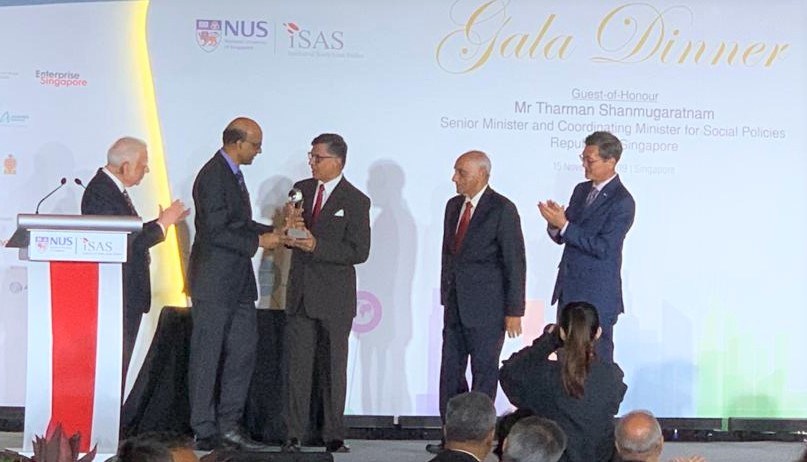 "His contributions to social development and his life mission to help the poor serve as an inspiration for the South Asian diaspora and the society at large," said ​Ambassador Gopinath Pillai, Chairman of ISAS and Ambassador-at-Large Ministry of Foreign Affairs speaking about the 83 year old recipient.

Dr Iftekhar Ahmed Chowdhury, principal research fellow at ISAS and former foreign adviser to the Caretaker Government of Bangladesh read the citation of the award.

Sir Fazle started the Bangladesh Rural Advancement Committee with the short term objective of aiding refugees returning to Bangladesh after the Liberation War of 1971.

Today its called BRAC and its long term mission is to empower people and communities in situations of poverty, illiteracy, disease, and social injustice. BRAC reaches 138 million of the poorest people in nine countries in Asia and Africa yet is not commonly known.

The second award of the evening was the Special Lifetime Achievement Award to honour a Singaporean outstanding member of the South Asian community in Singapore. 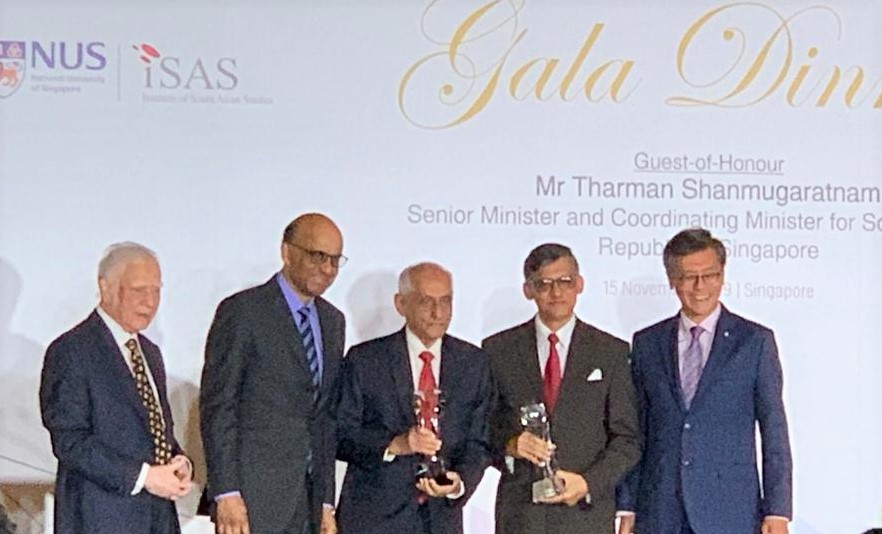 Mr. Joseph Pillay, a pioneer who helped build the Singapore economy after its separation from Malaysia in 1965, is the first recipient of this award , newly instituted by ISAS. Pillay is the founding chairman of Singapore Airlines (SIA) who transformed SIA into a world class carrier. He has served on the Presidential council of advisors, as permanent secretary in the Finance, Defence and National Development ministries and as managing director of GIC and the Monetary Authority of Singapore.

He noted that Pillay was described as being “equal to the best brains in America” by MM Lee Kuan Yew, as a “civil servant able to stand up to his Prime Minister” by ESM Goh Chok Tong and as having “an intellect that had no superior in the Singapore/Malaysia region.” by Malaysian business magnate Mr. Robert Kuok. 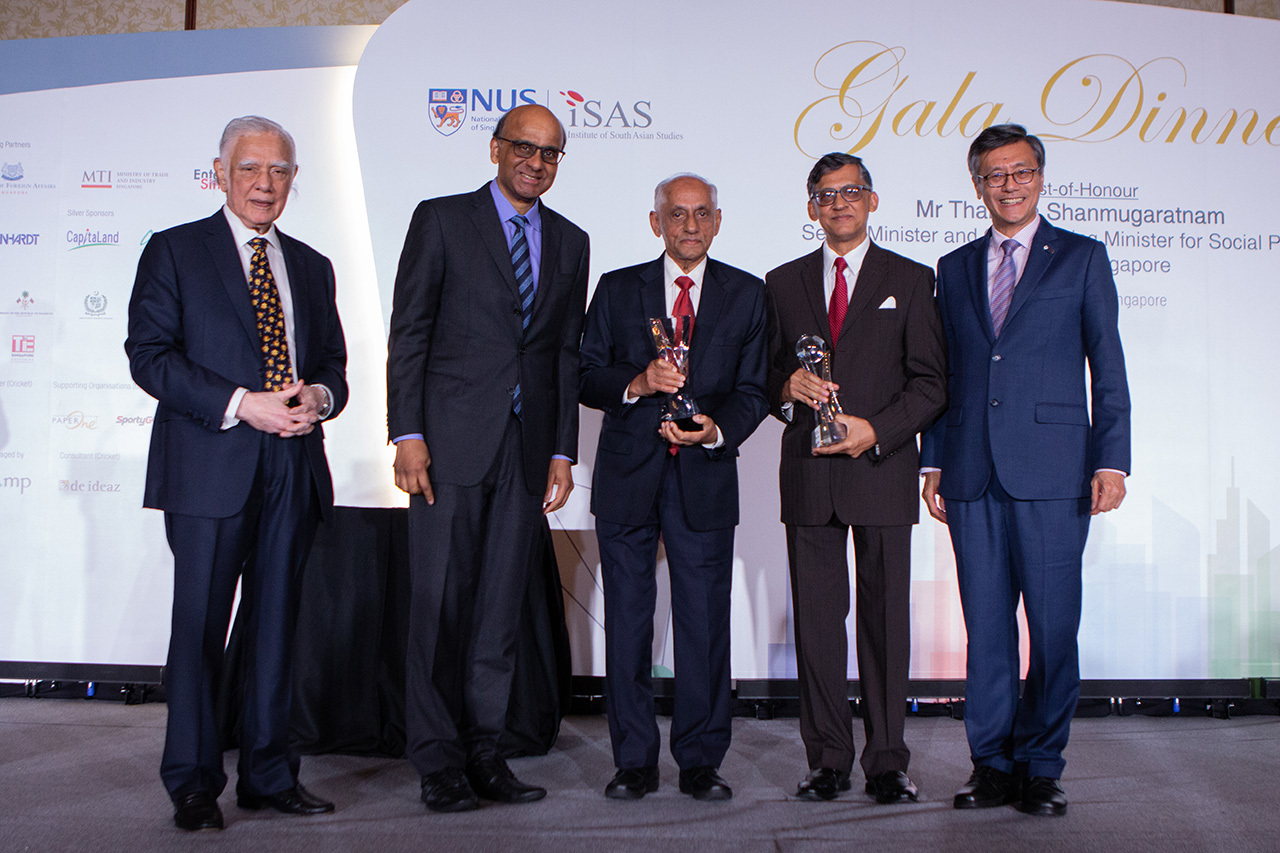