The man who was caught on camera making racist remarks towards an interracial couple in Singapore has reportedly been suspended from teaching duties at Ngee Ann Polytechnic (NP), where he worked. 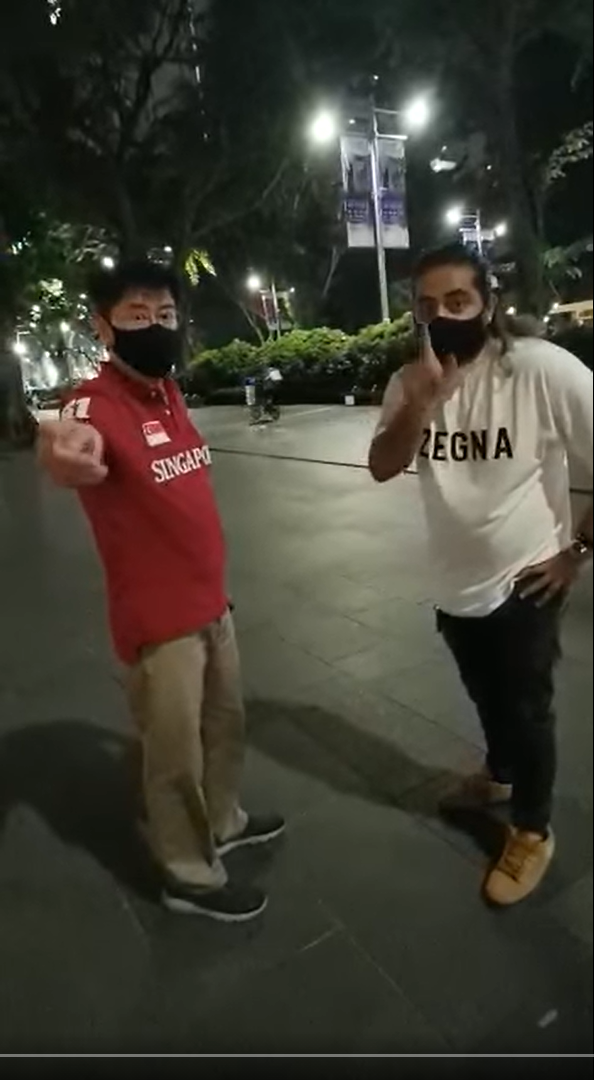 The man in red, who acknowledged he is a "Chinese Singaporean", then can be heard as saying, "I've got nothing against you personally, but I think it's racist that the Indian prey on Chinese girls." Photo courtesy: Facebook/Dave Parkash

The incident was captured on a video that was widely circulated online over the weekend by Indian-origin Singaporean Dave Parkash, who can be seen on the video being berated by a Chinese-origin man and told to date women of 'his own race'.

The polytechnic is aware of the video, said an NP spokesperson yesterday.

“We regret that the individual in question is a member of our staff. We take a very serious view of the matter as the remarks made by the individual are highly offensive, disrespectful and goes against our staff Code of Conduct and values as a community,” said the spokesperson. “We are investigating this matter internally, including considering the appropriate disciplinary action to be taken. Meanwhile, the staff in question has been suspended from his teaching duties.”

The polytechnic cannot comment further as police investigations are ongoing, said the spokesperson.

The police said on Sunday night that a 60-year-old man was assisting with investigations, after confirming that reports had been lodged and investigations were ongoing.

The man in red, who acknowledged he is a "Chinese Singaporean", then can be heard as saying, "I've got nothing against you personally, but I think it's racist that the Indian prey on Chinese girls."

When Parkash called him a racist, the man in red agreed that he was. In the video, Parkash said he is "half Indian, half Filipino", while his girlfriend is "half Singaporean Chinese, half Thai".

Sharing the video on Facebook on Sunday, Home Affairs and Law Minister K Shanmugam wrote, "I used to believe that Singapore was moving in the right direction on racial tolerance and harmony. Based on recent events, I am not so sure anymore."