Commuters travelling in the MRT trains in Singapore would now have hassle free journey as the new cars being added to the fleet will have ‘tip-up seats’ to create more standing free space for commuters during peak hours.

About 12 new MRT trains will be added on the North-South and East-West Lines (NSEWL) equipped with tip-up seats. These trains will have four sets of three tip-up seats located in the centre of each car.

The seats will be folded during morning and evening peak periods and unfolded during off-peak hours to increase seating capacity. This can only be done by the train driver. 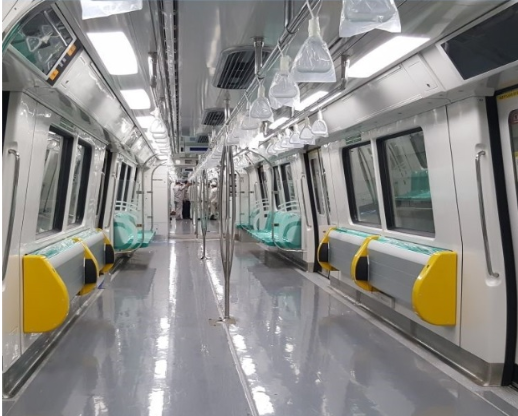 The new MRT trains will be the first in Singapore to incorporate tip-up seats which will increase more standing free space for commuters during peak hours. Photo courtesy: LTA

Moreover, the train comes up with advanced safety features. The Current Collector Device (CCD) has been improved to provide timely information to the Train Integrated Management System (TIMS) in case any of the CCD shoes unexpectedly shear off.

“The CCD shoes are in contact with the third rail, which supplies electrical power to the train. This new feature will allow the train captain to take remedial measure if any of the CCD shoes shear off,” said MRT in a press release.

In addition to this, these trains will also carry the Land Transport Authority (LTA) logo for the first time. It will have red and green stripes - the colours of the NSEWL - against a white background. 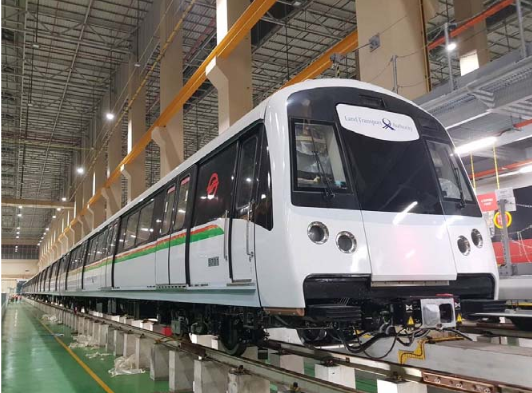 The 12 new trains are being built by the Kawasaki Sifang Consortium in China.

“The safety, functionality, passenger comfort and performance of the trains and associated sub-systems are thoroughly tested and validated before the new trains are shipped to Singapore. LTA engineers are also stationed at the KSF factory in Qingdao to ensure consistently high standards throughout the process of train assembly and testing,” said LTA.

These trains are part of the 57 new trains that have been progressively put into service since 2017 on the NSEWL. A total of 47 trains have been delivered, and the remaining 10 will be delivered by the end of this year, bringing the total number of trains on the two lines to 198 - three times the number of trains the NSEWL started with.

The new trains are expected to be rolled out by the second half of this year.