A team of Singapore researchers has developed a highly sensitive wireless technology that can monitor health indicators using microsensors that are tiny enough to be injected under the skin.

Measuring 0.9 millimetres in diameter, the microsensor can be implanted underneath the skin using a syringe. In lab experiments, the new wireless reader was so sensitive that it could monitor the rate of breathing and heart rate by detecting subtle movements of the battery-free microsensor. 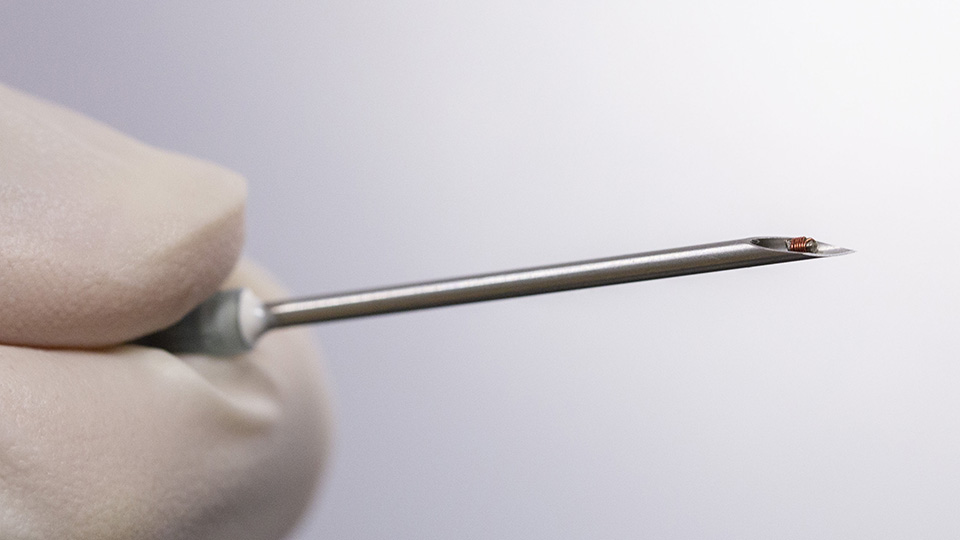 The highly sensitive wireless technology developed by NUS researchers can monitor health indicators such as blood pressure using microsensors that are tiny enough to be injected under the skin. Photo courtesy: NUS

In  a media release, the National University of Singapore (NUS) noted that current efforts to make these microsensors small have been largely hampered by technology limitations. These sensors are too small to be powered by a battery, so they require a sensor reader to be placed near them to constantly detect signals such as chemical or pressure changes using magnetic fields.

For a reader to make sense of the signals, the sensor must be large enough to create a strong signal in the reader. So far, researchers have not been able to create viable microsensors below one millimetre. 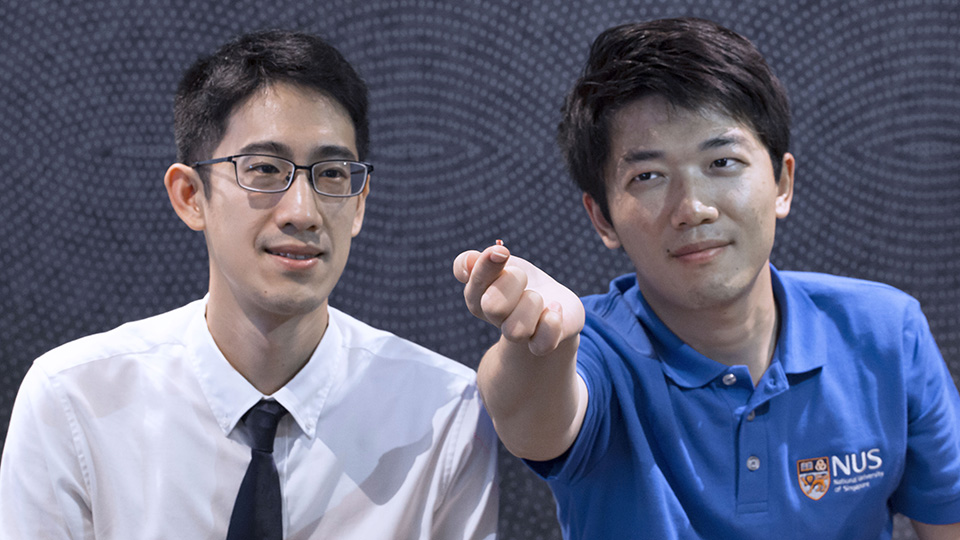 The advanced wireless technology developed by Assistant Professor John Ho (left) and doctoral student Dong Zhenya (right) can sense implantable microsensors. One of the microsensors is shown on the finger of Dong. Photo courtesy: NUS

The scientists from NUS Electrical and Computer Engineering and the NUS Institute for Health Innovation and Technology developed a new way of measuring the signal – by calibrating the wireless reader to work at an exceptional point.

At this special state, the reader becomes extremely sensitive to nearby objects, and can even read the tiny signals emitted by the sub-millimetre microsensors.

“We hope that our breakthrough will be a trailblazer for the future of minimally invasive health monitoring solutions where patients are immediately alerted whenever their physiological conditions such as heart rate and blood glucose cross a critical threshold,” said Assistant Professor John Ho, who led the study.

“Now that we have proven the viability of our reader, the next step is to develop a suite of passive (battery-free) microsensors that can monitor various physiological parameters such as glucose, bioelectrical activity and blood chemistry,” he added.