National Heritage Board (NHB) has launched the new Hougang Heritage Trail, uncovering hidden gems of one of Singapore's oldest heartlands.

From tales of crocodile and pirate attacks, to Singapore’s first fast food restaurant in a housing estate, the trail comprises 18 heritage sites with ten trail markers.

Through historical landmarks, important community institutions, as well as the personal memories and contributions from the community, the trail charts the journey of Hougang from a rural area with vast plantations and fruit orchards to a modern, thriving heartland estate. 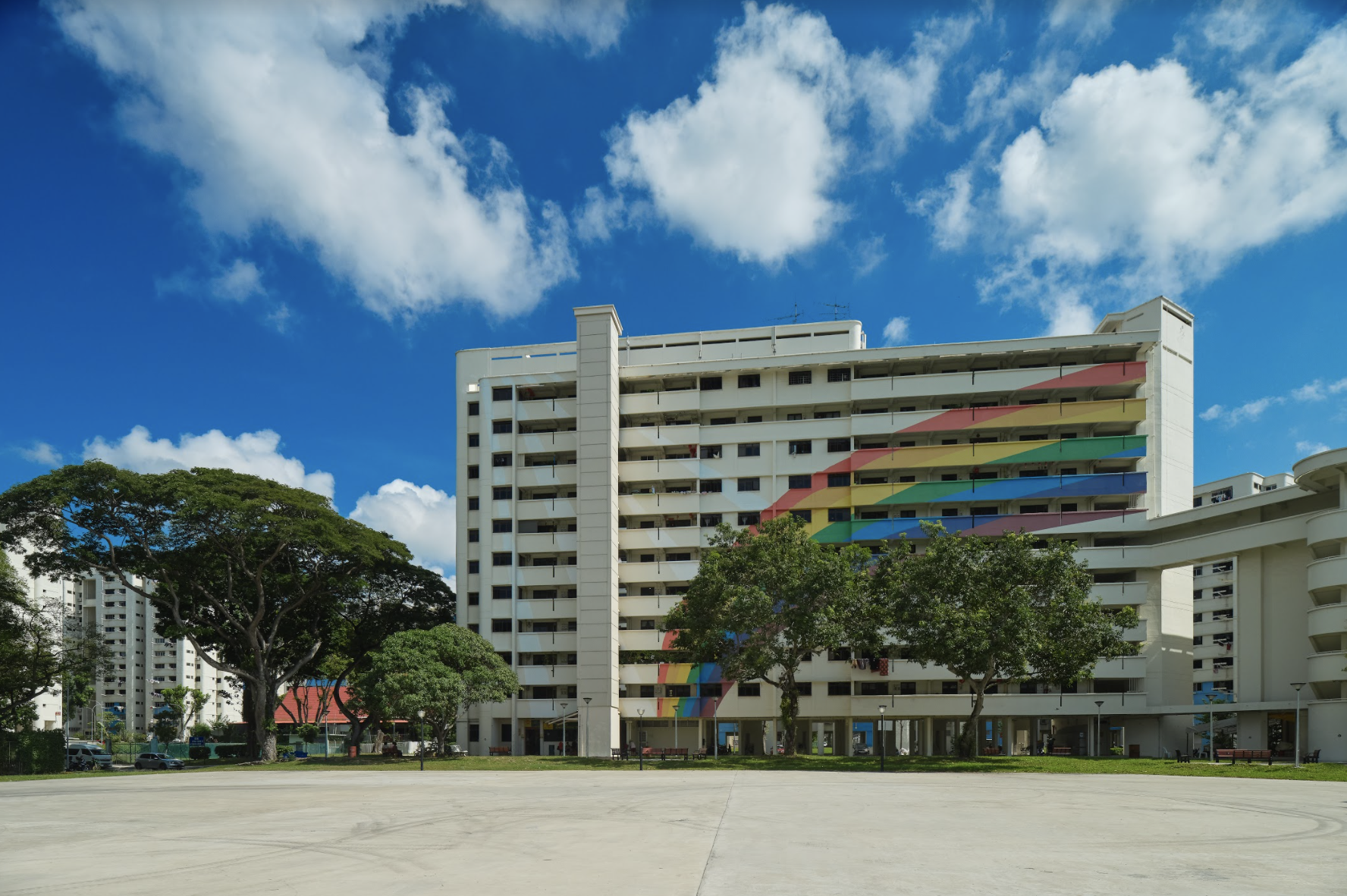 Block 316 with its iconic rainbow mural painted on its façade at Hougang Avenue 7. Photo courtesy: NHB

The Hougang Heritage Trail is NHB’s 20th heritage trail, as part of its ongoing efforts to document and promote the distinct histories and social memories of different areas in Singapore. It features two National Monuments – the Church of the Nativity of the Blessed Virgin Mary and the Hougang Tou Mu Kung – making it the first heartland trail to do so. 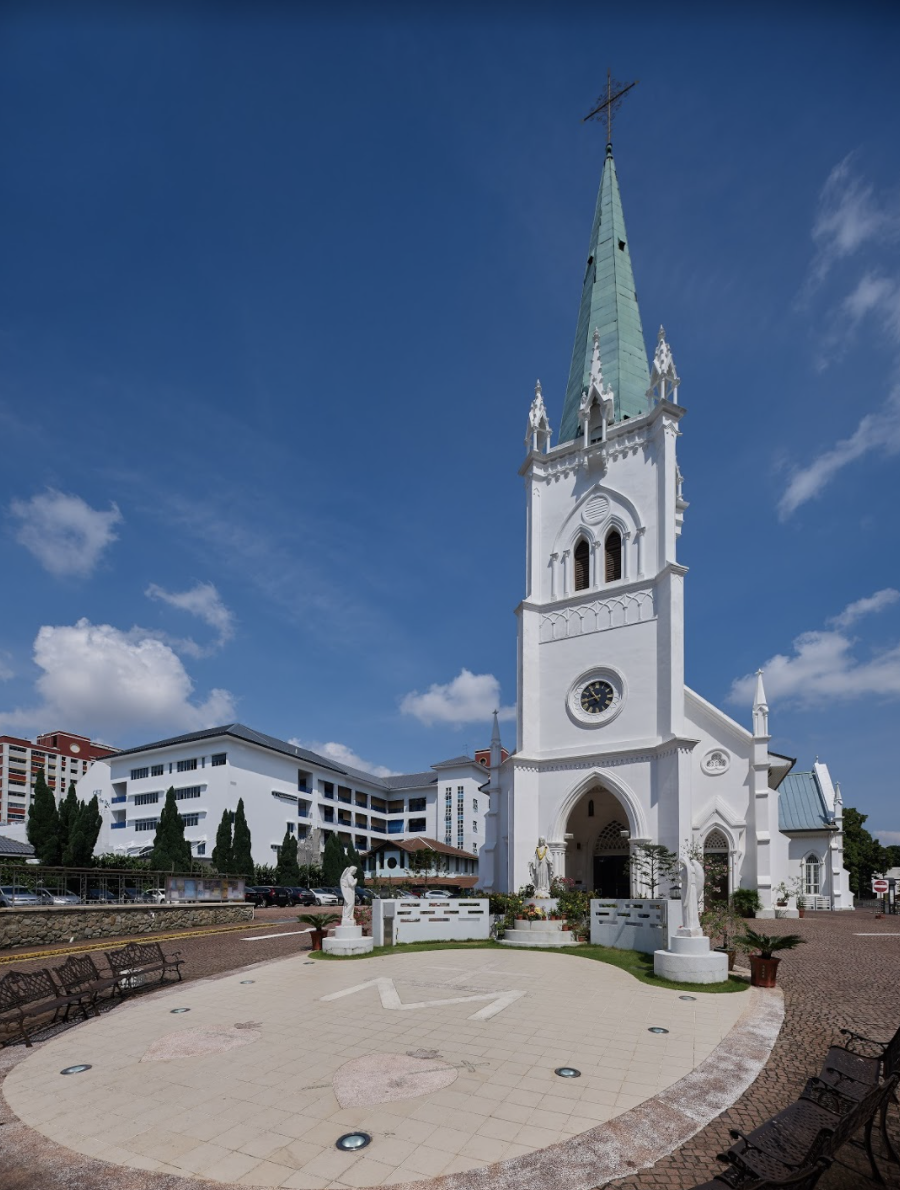 Church of the Nativity of the Blessed Virgin Mary. Photo courtesy: NHB

NHB shared in a press release that many of Hougang’s places of faith have origins dating back to the early kampung days.

In the 1800s, the steady arrival of Catholic Teochew immigrants from China who came to Singapore eventually led to the establishment of religious institutions such as the Church of the Nativity of the Blessed Virgin Mary. St Paul’s Church was built in 1936 to serve Anglican Christians living in the Upper Serangoon area. Taoist and Buddhist temples were also established within the vicinity to serve devotees from different clans and dialect groups.

In addition to its numerous sites of worship, Hougang is also home to a number of institutions established to serve the community. These institutions played important roles in providing medical care, education and social support, and advancing community bonding.

Most were founded before the area was transformed into a modern housing town, and these include the Ramakrishna Mission along Bartley Road, and various Chinese clan associations.

The Ramakrishna Mission in Singapore bought the land at Bartley Road in 1941 and built a boys’ home to house destitute boys affected by the war. It also built a temple on its grounds in 1954 for the devotees of Sri Ramakrishna.

The blue and cream building is modelled after the mission’s main temple in West Bengal and integrates architectural features and motifs from different religions, such as Buddhism and Islam. This mix of cultural features reflects the mission’s belief that all religions lead to the same goal of enlightenment.

The Hougang Heritage Trail also traces the transformation from rural Au Kang to a new housing town with modern schools and bustling markets. Unique architectural features, including HDB blocks with curved columns and the iconic Block 316 adorned with a sweeping rainbow mural, are highlighted. 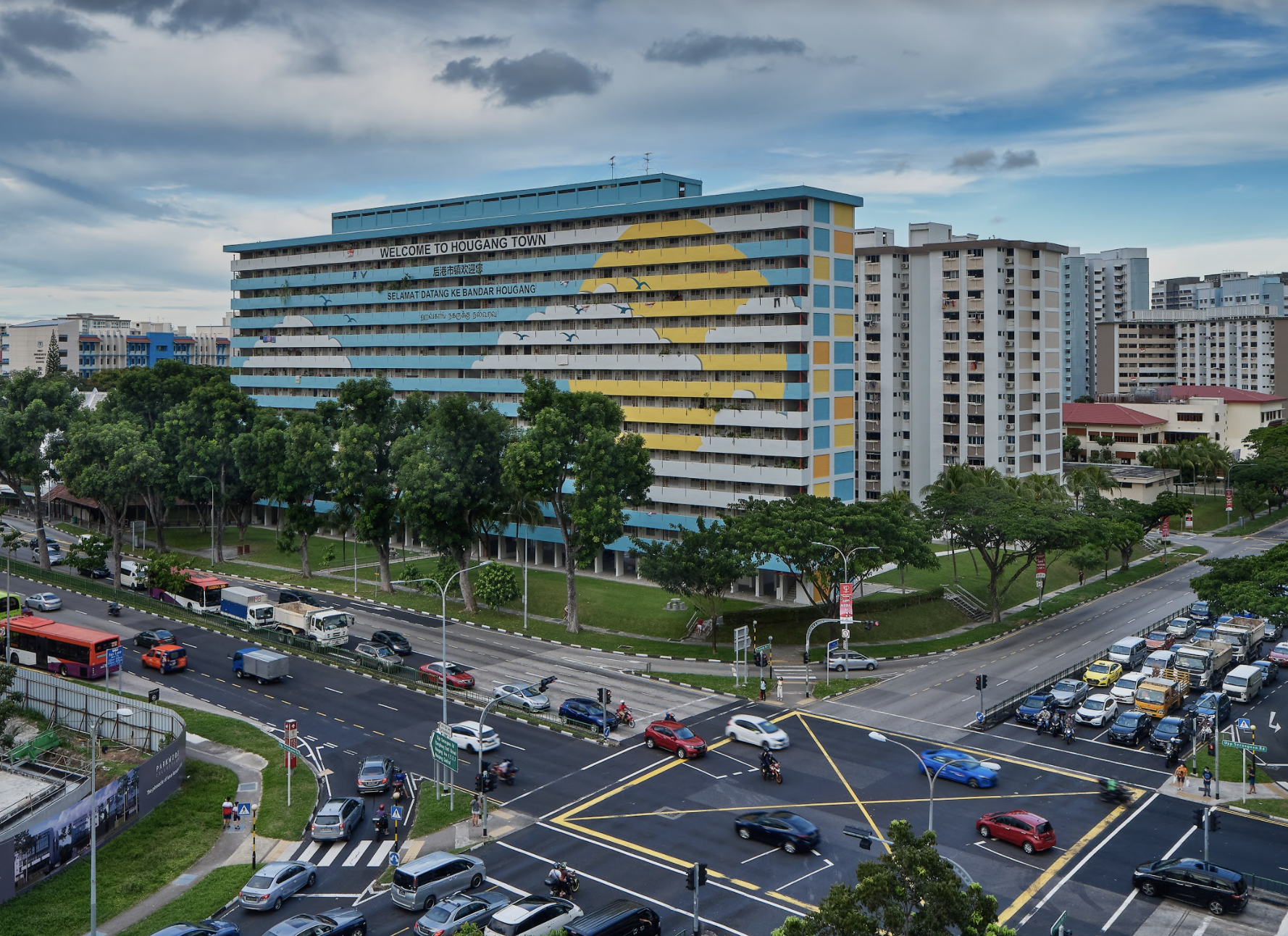 Block 25 along Upper Serangoon Road with an eye-catching mural of the sky painted on its façade. Photo courtesy: NHB

“Through our new Hougang Heritage Trail and our other trails, we hope to encourage Singaporeans to explore their own backyards during this period of travel restrictions, and rediscover local heritage delights," said Alvin Tan, Deputy Chief Executive (Policy & Community), NHB. "In doing so, we hope that Singaporeans will come away with a renewed appreciation of what Singapore has to offer in terms of unique heritage experiences with a strong local appeal."

The Hougang Heritage Trail’s companion guide and map are available in four languages, and can be downloaded from NHB’s heritage portal.

Singapore Things to do in Singapore