India's Neeraj Chopra won the Gold medal in the men's javelin throw event at the Tokyo Olympics with an 87.58 metres throw in his second attempt. 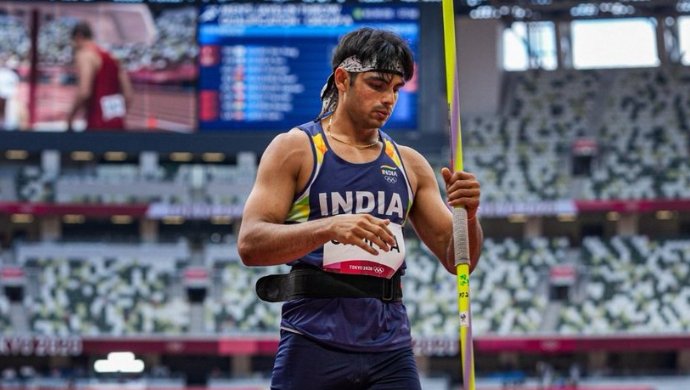 With his victory, Chopra ended India's 101-year wait for a medal in athletics since they first sent a contingent to the 1920 Games in Antwerp.

A pre-tournament medal contender, the 23-year-old Chopra fuelled the country's expectations by topping the qualification round with a stunning first-round throw of 86.59m.

A farmer's son from Khandra village near Panipat in Haryana and a subedar (non-commissioned officer) in the Indian Army, Chopra scripted history by winning the elusive medal.

Chopra's gold makes the Tokyo Olympics India's most successful Games' ever as the country signs off with seven medals, including two silver and four bronze.

Jakub Vadlejch and Vitezslav Vesely, both of the Czech Republic, claimed the silver and bronze.

Gold medal favourite and 2017 world champion Johannes Vetter of Germany, was eliminated after the first round of throws. The 28-year-old towering German came into the Olympics after having seven monster throws of over 90m between April and June this year, but struggled in the final and finished 9th.