Tokyo Olympics gold medalist Neeraj Chopra recorded 89.94m in his first attempt to set a new national record at the ongoing event in Stockholm, Sweden, which saw him smashing his previous record of 89.30m, set by him in the Paavo Nurmi Games in Turku. 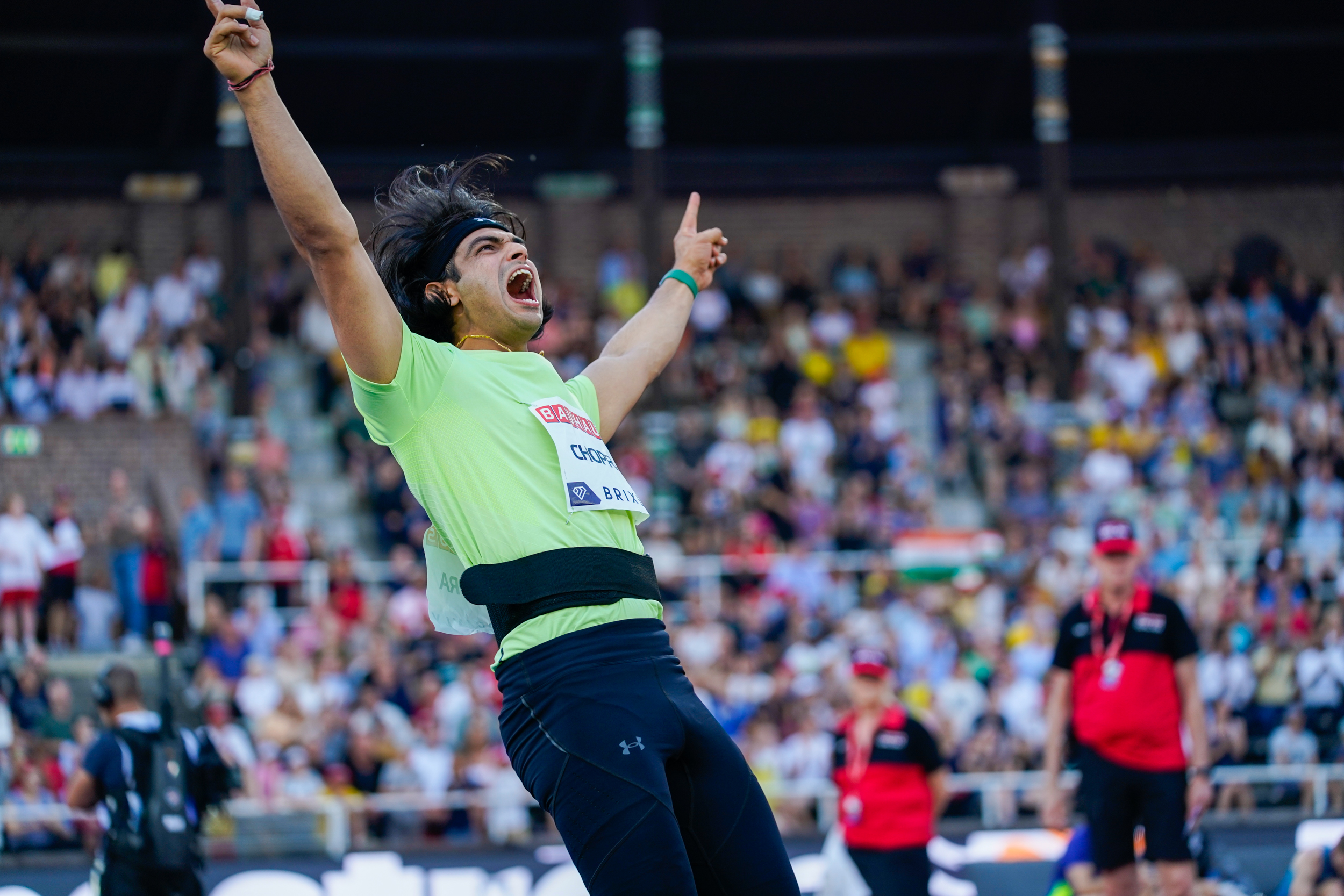 The Indian is next set to appear at the World Championships in Oregon, USA from July 15. Photo courtesy: Twitter/@Diamond_League

In his second attempt, the 24-year-old threw a modest 84.37m. Grenadian athlete Anderson Peterson breached the 90m in his third attempt. He threw the javelin at a distance of 90.31m, which eventually helped him finish first in the competition.

The third throw saw Neeraj hit the 87.46m mark and he was placed at the second position. The neck-and-neck contest between the two athletes continued as Neeraj recorded 84.77m in his fourth attempt, while Anderson finished slightly ahead of the Indian and reached 85.03m.

Neeraj touched 86.67m in his fifth attempt. At the same round, Germany's Julian Weber jumped to the third place with a 89.08m throw. He toppled Czech Republic's Jakub Vadlejch from the spot. The Czech was sitting at the third place after an impressive 88.59m throw in his first attempt.

The Indian is next set to appear at the World Championships in Oregon, USA from July 15.