Residents living at the eastern end of Singapore are famously proud of their precinct. You may have heard them say, "East side is the best side" – and people have yet to dare claim that about the west.

Anyone interested in learning more about the area and its rich history can embark on National Heritage Board’s (NHB) newest Pasir Ris Heritage Trail. 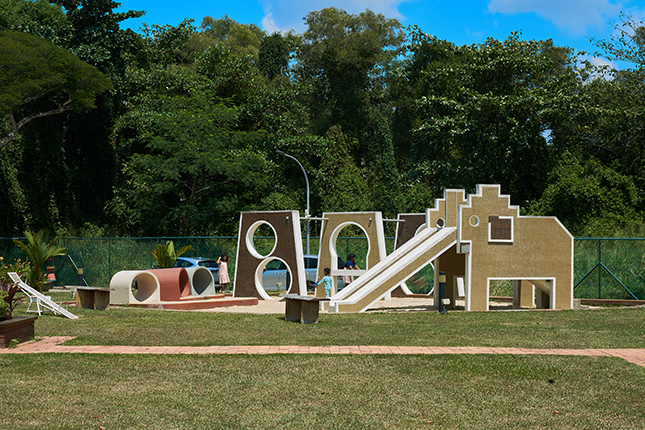 The name “Pasir Ris” is believed to be derived from the Malay words pasir and hiris, which mean “sand” and “to slice or shred” respectively. Consisting of 23 heritage sites with seven trail markers, the Pasir Ris Heritage Trail explores the area's history and how it is inextricably linked to its coastline and proximity to the sea. ​

In fact, before Wild Wild Wet and Downtown East, many Singaporeans were already flocking to the east to unwind at the Golden Palace Holiday Resort – one of the many recreational options in Pasir Ris. With its sea views, sandy beaches and laid-back vibe, Pasir Ris has a long history as a destination for leisure and play that stretches back to the late 1800s. 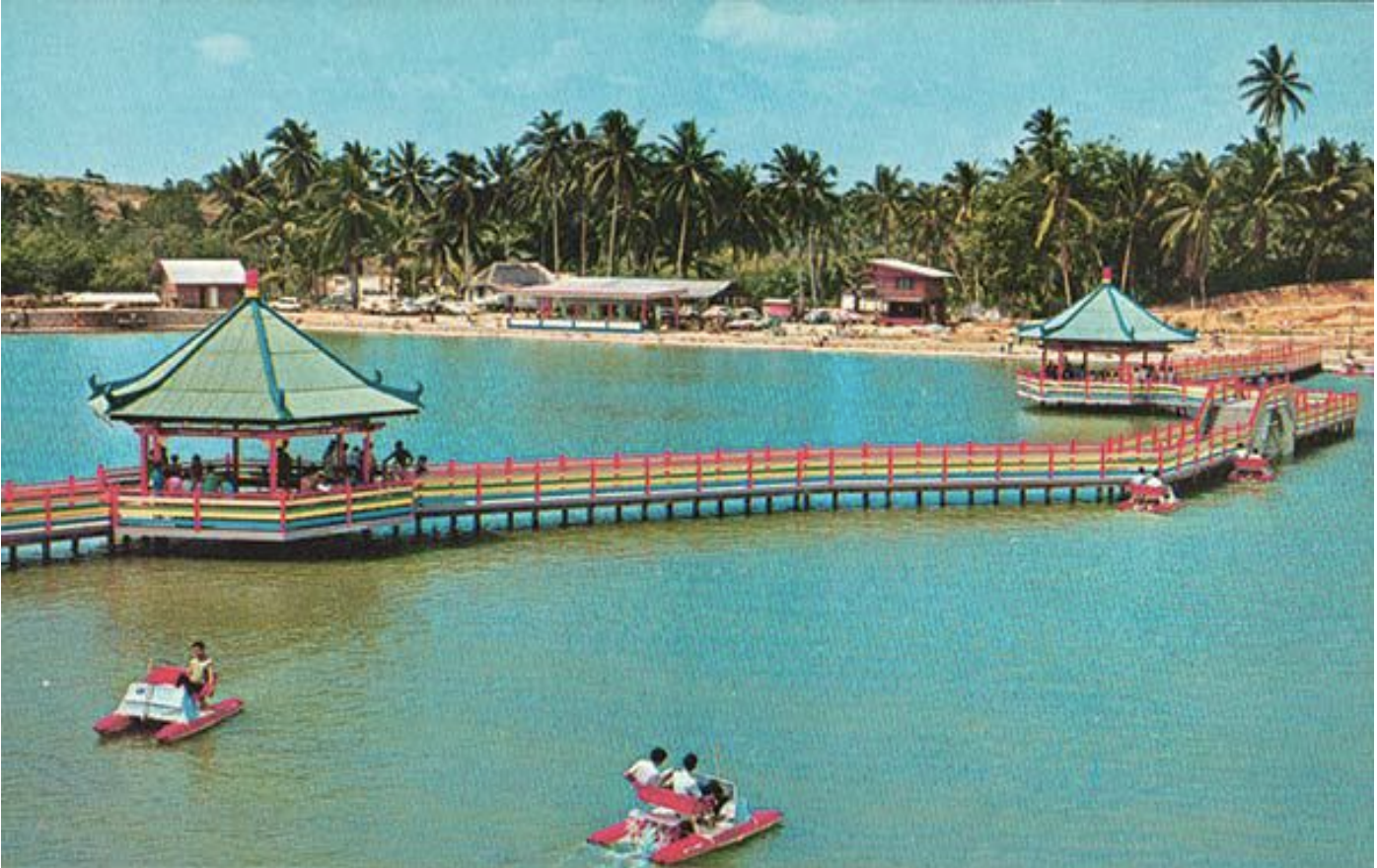 Beyond its reputation for fun and relaxation, Pasir Ris also boasts rich natural heritage in the form of beaches and mangroves.

In the days before public housing and planned residential estates, the Pasir Ris coast, along with Sungei Api Api and other rivers and streams, supported the lives of residents of the many kampongs around them. Kampong residents relied heavily on their rich natural resources, in particular, shrimp – the backbone of the burgeoning belacan cottage industry then. 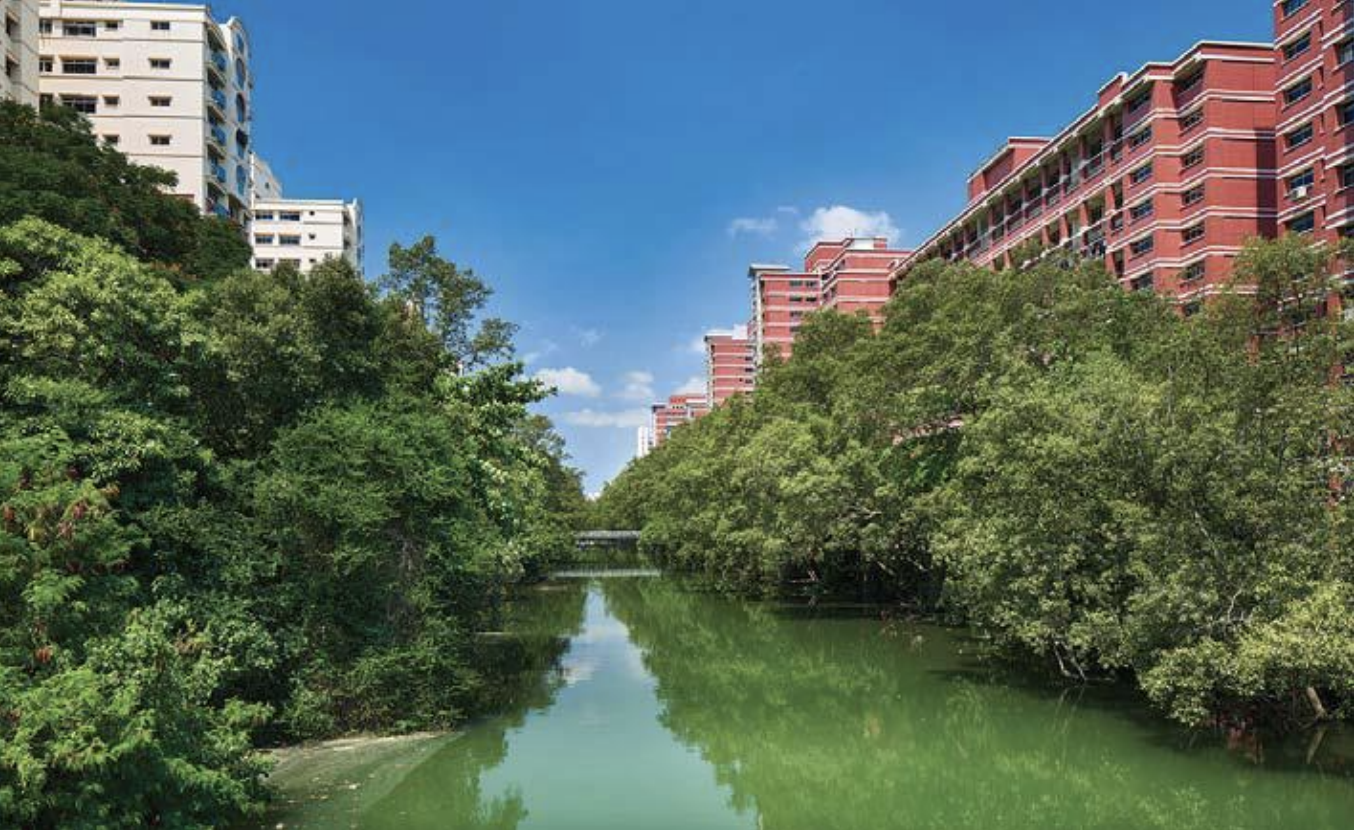 The Pasir Ris Heritage Trail will uncover the lesser-known stories and heritage of Pasir Ris through three thematic routes that allow trail-goers to explore the area’s multifaceted history according to their interests and in their own time. The routes are:

Coastal Heritage – A 1-hour route (30 minutes on bicycle) that brings visitors to sites of heritage significance along the Pasir Ris Coast and beachfront. (3.5 km)
Play @ Pasir Ris – A 1 hour-route that takes visitors through sites of recreation in Pasir Ris, including one of Singapore’s largest playgrounds and the country’s only commercial saltwater fishing pond. (4.5 km)
Architectural Highlights – A 1.5-hour route that explores the built environment of Pasir Ris Town, from its maritime-themed public housing blocks to its diverse range of cultural and religious institutions. (5.6 km)

"Through the trail, Singaporeans will find out how Pasir Ris earned its reputation as a town for rest and recreation, and how it evolved from a getaway destination for the affluent to an affordable resort-like retreat for holiday-makers from all walks of life," said Alvin Tan, Deputy Chief Executive (Policy & Community), National Heritage Board. "In addition, they will also learn about the lesser-known stories of Pasir Ris’ natural heritage, kampong communities, landmark institutions and iconic housing features."