NASA is again postponing the launch of its new moon rocket because of a storm threatening the Florida coast. 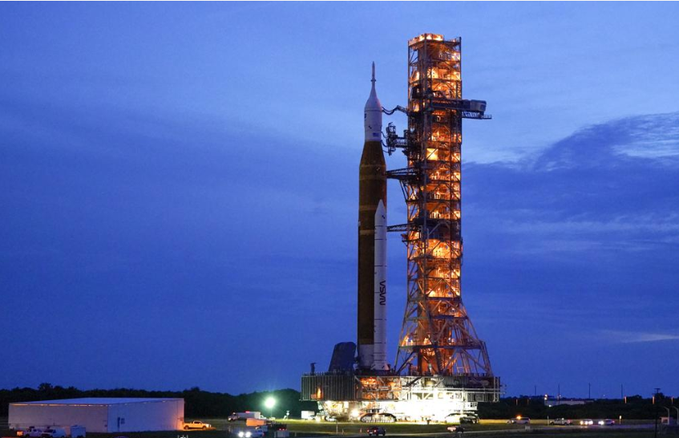 The space agency said it was delaying the launch until at least next Wednesday because of Tropical Storm Nicole. Photo courtesy: Twitter/@ErinBarrJones

Fuel leaks have kept the rocket grounded since August. Then Hurricane Ian forced the rocket back to the hangar at Kennedy Space Center at the end of September.

The rocket was moved back to the launch pad last week, and NASA was aiming for a launch attempt early Monday.

But on Tuesday, the space agency said it was delaying the launch until at least next Wednesday because of Tropical Storm Nicole, which is expected to hit Florida’s Atlantic coastline as a Category 1 hurricane over the next few days. The space center is under a hurricane warning but NASA is keeping the rocket at the launch pad. NASA said the rocket is designed to withstand heavy rains and high wind.

The USD 4.1 billion mission will send an empty crew capsule around the moon and back in a flight test before astronauts climb aboard in a couple years. It is NASA’s biggest step yet to get astronauts back on the moon by 2025. The space agency is nearing the 50th anniversary of its last human moon landing: Apollo 17 in December 1972.