After two failed attempts, NASA plans to launch its new mega Moon rocket today from Florida, less than a week after the massive machine withstood a hurricane.

"Our time is coming. And we hope that that is on Wednesday," said Mike Sarafin, the manager of the much-delayed Artemis 1 mission, at NASA headquarters. 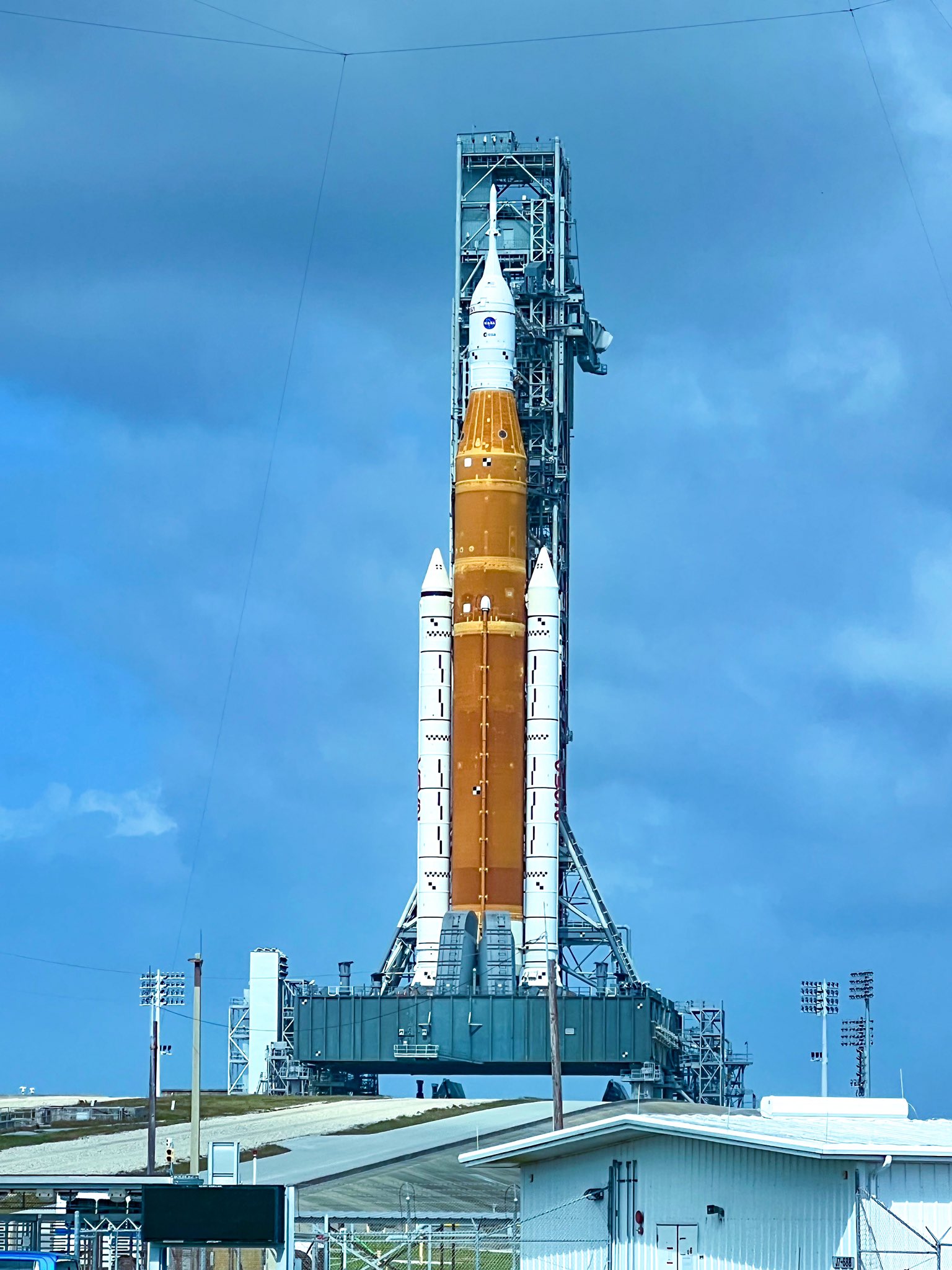 NASA is banking on a successful mission after developing the SLS rocket for more than a decade. Photo courtesy Twitter/@astro_bunn

The Artemis 1 mission, a test flight without astronauts, represents the first step in the US space agency's plan to build a lasting presence on the Moon, and taking lessons from there to prepare for a future voyage to Mars.

Named after the sister of Apollo in Greek mythology, the new space program comes 50 years after humans last set foot on lunar soil.

The first launch of the Space Launch System rocket, the most powerful ever designed by NASA, is set for Wednesday at 1:04 am local time (0604 GMT), with a possible launch window of two hours.

Countdown has already begun at the storied Kennedy Space Center, where the orange and white behemoth awaits its maiden flight.

The takeoff is scheduled less than a week after the passage of Hurricane Nicole, which the rocket endured outside on its launch pad.

For now, officials are evaluating the risk associated with hurricane damage to a thin strip of caulk-like material called RTV, which encircles the Orion crew capsule atop the rocket, and makes it more aerodynamic.

Teams are looking at whether the RTV could shake loose during launch and pose problems.

Two backup dates are possible if needed, on November 19 and 25. The weather promises to be mild, with a 90 percent chance of favorable conditions during the launch window.

At the end of September, the rocket had to be wheeled back to its assembly building to be sheltered from another hurricane, Ian.

Before these weather setbacks, two launch attempts had to be canceled for technical reasons.

The first failure was related to a faulty sensor, and the second to a fuel leak when filling the rocket's tanks. It runs on ultra-cold, ultra-volatile liquid oxygen and hydrogen.

NASA has since replaced a seal and modified its procedures to avoid thermal shock as much as possible.

About 100,000 people are expected on the coast to watch the launch, with the rocket promising to light up the night sky. The Orion capsule will be lifted by two boosters and four powerful engines under the core stage, which will detach after only a few minutes.

After a final push from the upper stage, the capsule will be well on its way, taking several days to reach its destination.

Rather than landing on the Moon, it will assume a distant orbit, venturing 40,000 miles (64,000 kilometres) beyond the far side - further than any other habitable spacecraft so far.

Finally, Orion will embark on the return leg of its journey. When passing through the atmosphere, the capsule's heat shield will need to withstand a temperature half as hot as the Sun's surface.

If takeoff happens, the mission would last 25 and a half days in all, with a splashdown in the Pacific Ocean on December 11.

NASA is banking on a successful mission after developing the SLS rocket for more than a decade. It will have invested more than USD 90 billion in its new lunar programme by the end of 2025, according to a public audit.

Artemis 2 will be almost a replay of the first mission, albeit with astronauts, in 2024.

Boots on the ground should happen during Artemis 3, no sooner than 2025, with the crew set to include the first woman and first person of color on the Moon.