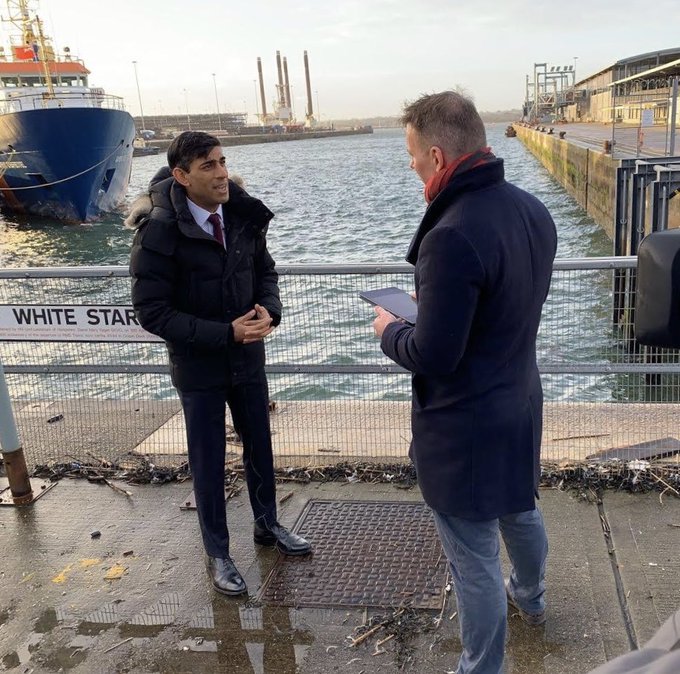 Sunak, 39, has a business background and previously served as Chief Secretary to the Treasury, effectively Sajid Javid's number two.

He arrived at the Treasury after his appointment on Thursday and told reporters that he is "delighted to be appointed".

"Lots to get on with," Sunak added, walking into the building.

Javid was due to present the Budget in just four weeks time but reportedly quit because PM Johnson demanded that he fire all five of his most senior aides.

The Rt Hon Rishi Sunak MP @RishiSunak has been appointed Chancellor of the Exchequer @HMTreasury pic.twitter.com/OTYOkujnbo

The Budget is one of the main events in the calendar for the UK Treasury and even more crucial after Britain’s exit from the European Union, which means Sunak, the Conservative MP for Richmond in Yorkshire since 2015, will have to hit the ground running.

Sunak attended the prestigious Winchester College before going on to study Politics, Philosophy and Economics at Oxford University. He also has an MBA from Stanford University in the United States.

Sunak's wife is the daughter of Indian billionaire and co-founder of IT services company Infosys, Narayana Murthy.

His father was a doctor and his mother ran a chemist shop. Before entering politics he worked for investment bank Goldman Sachs and a hedge fund, then co-founded an investment firm.

The Rt Hon Alok Sharma MP @AlokSharma_RDG has been appointed Secretary of State @beisgovuk. He will also be Minister for @COP26 pic.twitter.com/NdJkhWnbMc

International Development Secretary Alok Sharma has been appointed business secretary as well as minister for the climate conference COP26.