Nawazuddin Siddiqui’s Manto, which is helmed by actress-filmmaker Nandita Das, is set to be screened to inaugurate the second edition of the Singapore South Asian International Film Festival (Sg.SAIFF). 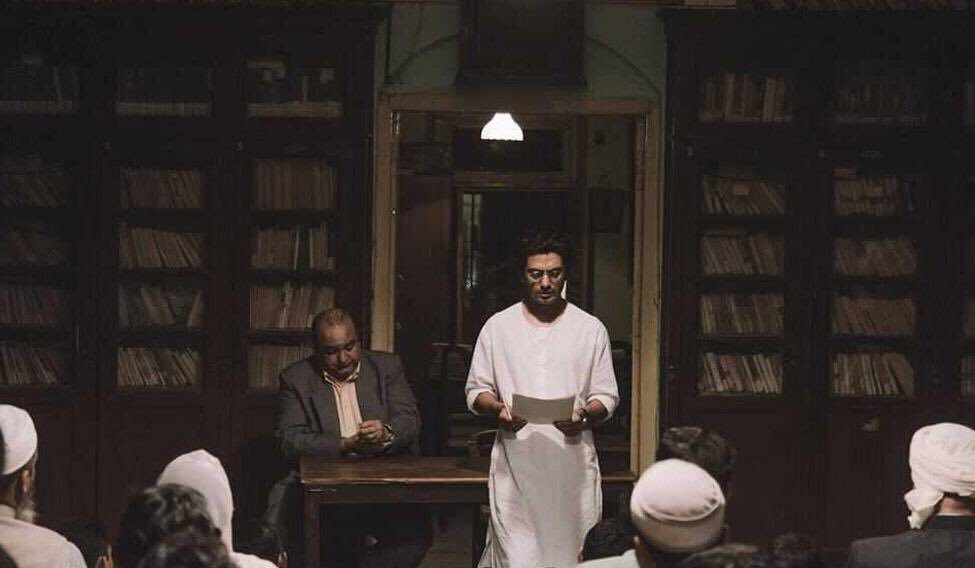 In the biopic, Siddiqui in the titular role as Sadat Hassan Manto portrays some of the most eventful and tumultuous times of the life of the famed writer in India and Pakistan. Photo courtesy: Twitter/@Nawazuddin_S

“We are delighted to screen Manto as the opening film at Sg.SAIFF. Manto was very much a South Asian writer,” Nandita said in a statement. “But unlike the Europeans, we South Asians do not own this identity, despite many cultural and social similarities amongst the countries in the region. Therefore, it is important to support such festivals that celebrate cinema from the sub-continent.”

“Last year, Sg.SAIFF screened a film I acted in, Albert Pinto Ko Gussa Kyon Aata Hai as the opening film, which is yet to be released. I was, unfortunately, unable to make it. So, I very much look forward to attending it this year,” she added. Das will attend the screening of the film, which also marks its Southeast Asian premiere.

Wining and dining conversations - we dismiss it as elitist, but many decision makers come from educated and affluent classes. Our arrogance that we think we know it all. Introduced #Manto to the audience, and maybe stirred #Mantoiyat in them. Thank you Algebra and @ShomaChaudhury pic.twitter.com/wpZfpu71rd

The second edition of the festival held from October 5-14, 2018 in Singapore will commence with an opening ceremony at Carnival Cinema and close on October 13 at Resorts World Sentosa including an awards ceremony.

In the biopic, co-produced by HP Studios, Filmstoc and Viacom18 Motion Pictures, Siddiqui in the titular role as Sadat Hassan Manto portrays some of the most eventful and tumultuous times of the life of the famed writer in India and Pakistan.

Abhayanand Singh, Chairperson of Sg.SAIFF, also said, “We are happy that Nandita Das accepted our invitation to come and present the film at the festival.”

Supported by the Singapore Indian High Commission (IHC), the fest line-up represents a diverse mix of feature films, short films and documentaries, which include films from India, Bangladesh, Sri Lanka, Pakistan, Nepal and Afghanistan. SgSAIFF seeks to support emerging filmmakers, open a space for dialogue and collaborations within the industry, and share with the audience of Singapore the diverse and complex experiences of South Asia through cinema, the organisers said.