Musical comedy 'Sweetiee Weds NRI' to be released on June 2

The first official poster for the musical romantic comedy Sweetiee Weds NRI was released yesterday. The film stars Himansh Kohli, who shot to fame with his debut film Yaariyan, in his second film and Zoya Afroz of The Xpose fame. 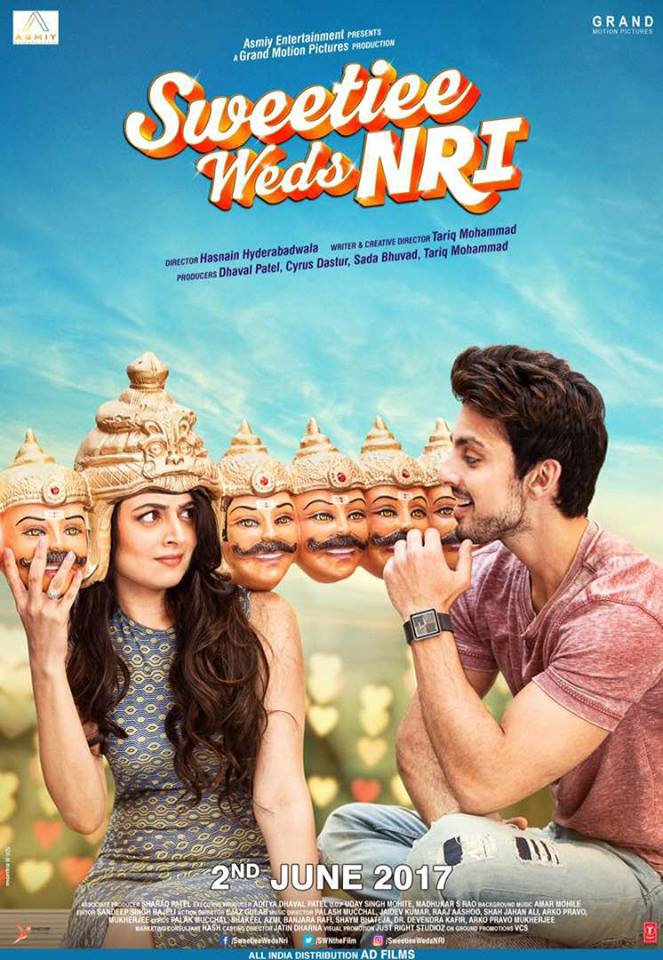 Produced by Asmiy Entertainment and Grand Motion Pictures, Mahesh Bhatt protégé Hasnain Hyderabadwala, who has helmed Emran Hashmi-starrer films like The Train and The Killer, has been tapped to direct.

The film is being produced by Dhaval Patel, Tariq Mohammad, Sada Bhuvad and Cyrus Dastur. Dhaval Patel from Asmiy Entertainment said, “Sweetiee weds NRI is a clean youth-centric family entertainer with ample amount of humour and emotions blended artistically with romance. The USP of the film lies in its music and mass appeal.”

Sweetiee weds NRI is set in the locales of Gujarat. The press release for the film states that ‘Zoya plays a chirpy, quintessential and gutsy girl in the film. Himansh plays a guy-next-door who is hopelessly in love and the NRI factor adds the fun element in the story’.

Patel said, “The film is bound to find a lot of love from the youth. The icing on the cake is its versatile music with songs across all genres. We have collaborated with singers like Atif Aslam, Arman Malik, Arijit Singh, and Palak Muchal to name a few.”

The craze of settling in a “phhorenn land” forms the basis of the comical story.

“We are very happy to announce the release date of Sweetiee Weds NRI – a musical romantic comedy, fun film with loads of desi colour. It will release on June 2, 2017. Currently, the post production work is in full swing and we are excited about the way the film is shaping up,” said the producers.