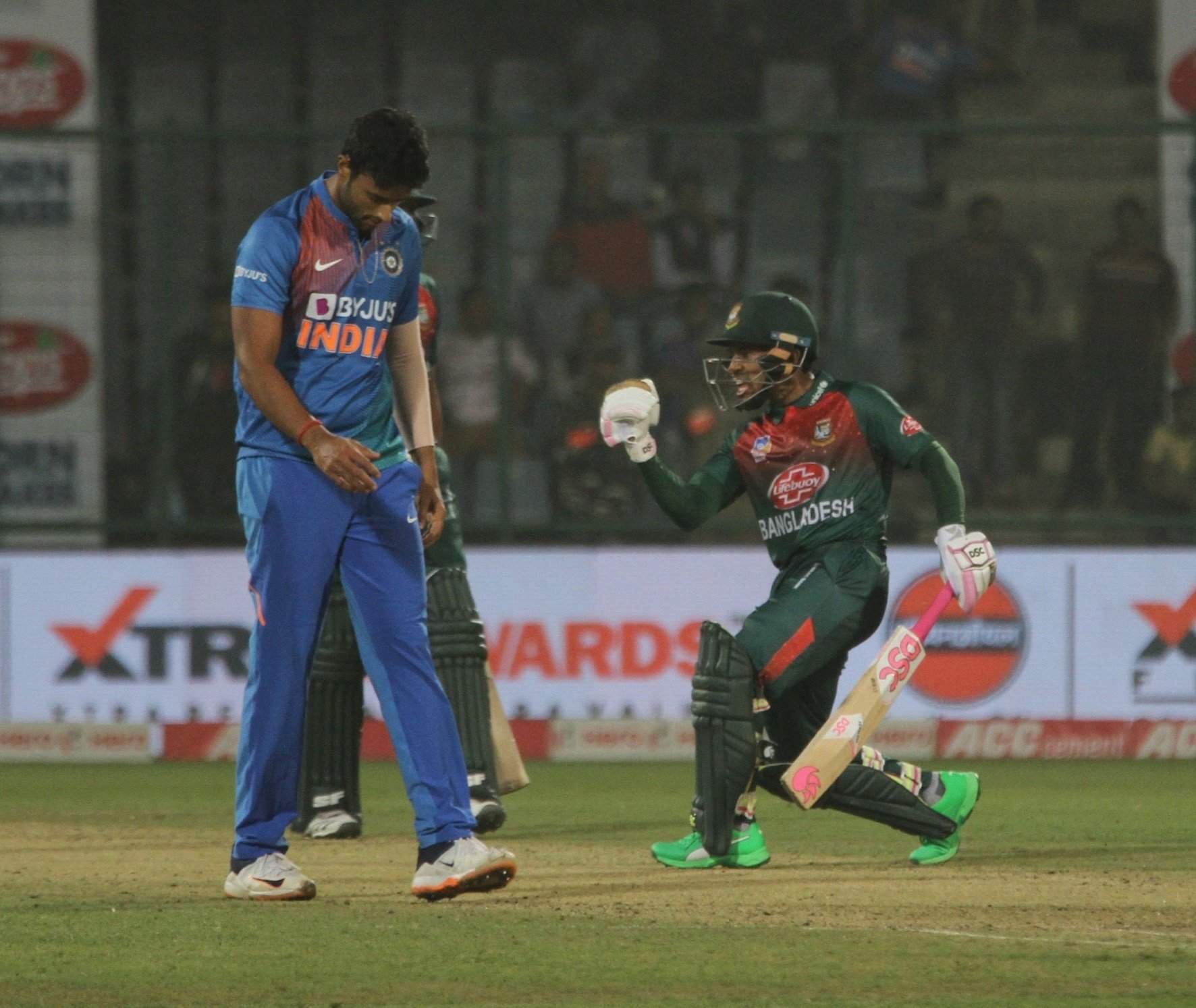 Cricketers and fans alike braved the smog and pollution encompassing New Delhi to take to the field in the first T20I of the 3-match series between India and Bangladesh on Sunday.

With Virat Kohli rested for the T20 series, Rohit Sharma stepped out into the middle for the toss, which Bangladesh won and elected to field first.

India’s start couldn’t have been worse with the stand-in skipper out in the very first over - trapped lbw by Shafiul Islam.

The Men in Blue lost KL Rahul soon after - dismissed by Aminul Islam for 15 off 17 balls.

At the halfway mark, #TeamIndia are 69/2

It fell to Shikhar Dhawan to hold the innings together, first with Iyer and then Rishabh Pant (27 off 26 balls).

However, Bangladesh’s bowlers kept the Indian batsmen quiet and even Dhawan’s top scoring 41 came off 42 balls. None of the home team’s batsmen got any momentum going and at the end of 20 overs, India had managed just 148/6.

India’s bowlers made the perfect start with opener Liton Das falling to Deepak Chahar on the fifth ball of Bangladesh’s innings.

Debutant Mohammad Naim and Soumya Sarkar kept the scoreboard ticking over before Naim went for 26 off 28 balls, dismissed by Yuzvendra Chahal.

Mushfiqur Rahim and Sarkar began stitching together a partnership but with the Indian bowlers, especially Chahal, tightening things up, it seemed as though the hosts would manage to defend 148.

Khaleel gets the breakthrough and Sarkar has to go.

Khaleel Ahmed was handed the ball for the penultimate and with ten balls left, Bangladesh needed 20 runs to win. And that’s when Mushfiqur let loose.

Four consecutive boundaries of Ahmed’s over meant that Bangladesh needed a mere 4 runs in the last six balls. Mushfiqur eventually finished at 60 not out off 43 balls as Bangladesh wrapped up a 7 wicket win - their first ever T20I win against India in 9 attempts.

The win will also come as a relief for the team which has been left reeling after a players’ strike and a ban by the International Cricket Council (ICC) on star player Shakib Al Hasan for failing to report a bookie approach.