As Mumbai gears up for Justin Bieber’s concert tonight, ‘Beliebers’ from across the nation have flocked to the commercial capital to see their idol perform.

Fans who gathered outside Mumbai’s airport got their first glimpse of the superstar when he touched down in the city at 1:30 am (IST) on a chartered flight from Dubai. Indian television channels aired mobile phone footage of Bieber carrying a bouquet of flowers and wearing a pink hoodie, dark shorts and white trainers as he walked from the airport to a waiting car with his entourage. 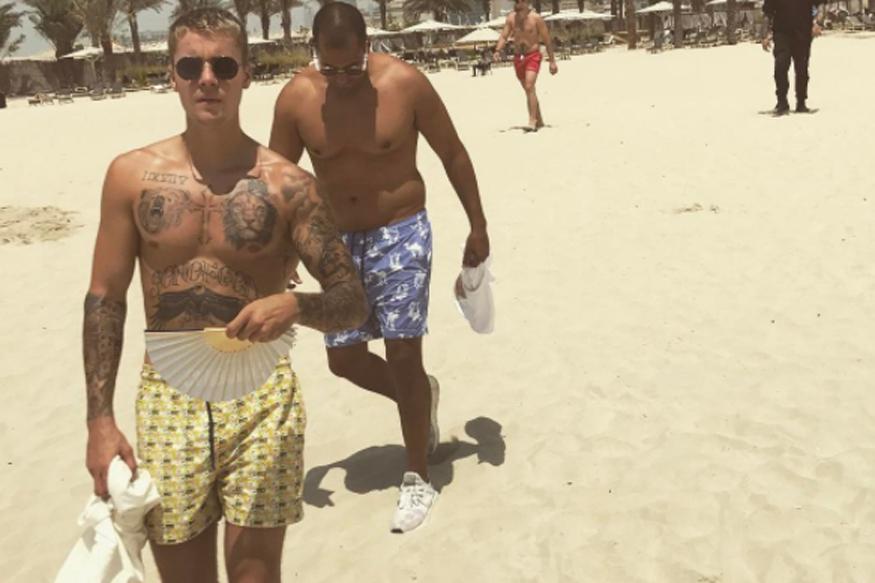 The Mumbai Mirror tabloid carried a story of 20 Bieber fans who camped outside the city’s international airport for three days hoping to catch a glimpse of their idol.

They carried signs saying “We love you Justin”, “Welcome to India” and “Justin Forever”.

The 23-year-old is to perform to a sellout crowd of 45,000 at the DY Patil Stadium tonight starting from 8 pm IST.

"I’m a big Belieber. He’s attractive and makes peppy, catchy music for our generation,” 16-year-old Rhea Asrani, who also has a ticket for the concert, told AFP.

More than 1,000 security personnel, including 500 police officers, will be at the venue while Bollywood actor Salman Khan’s personal bodyguard is reported to be handling Bieber’s security while he is in Mumbai.

”We have not slept for two nights, you never know when he will arrive,” said one fan. Another added that he hadn’t washed for three days.

The event has been organised by White Fox India, with the budget set at a whopping USD4 million. Fans should expect fireworks, confetti, lasers, balloon gas bursts—essentially all the works.