Chief Minister of the Indian state of Madhya Pradesh Shivraj Singh Chouhan, who is on a six-day visit to the United States to seek investment for his state, called this the golden period in the friendship between India and the United States. He hailed the contribution made by the Indian-American community in strengthening the ties. 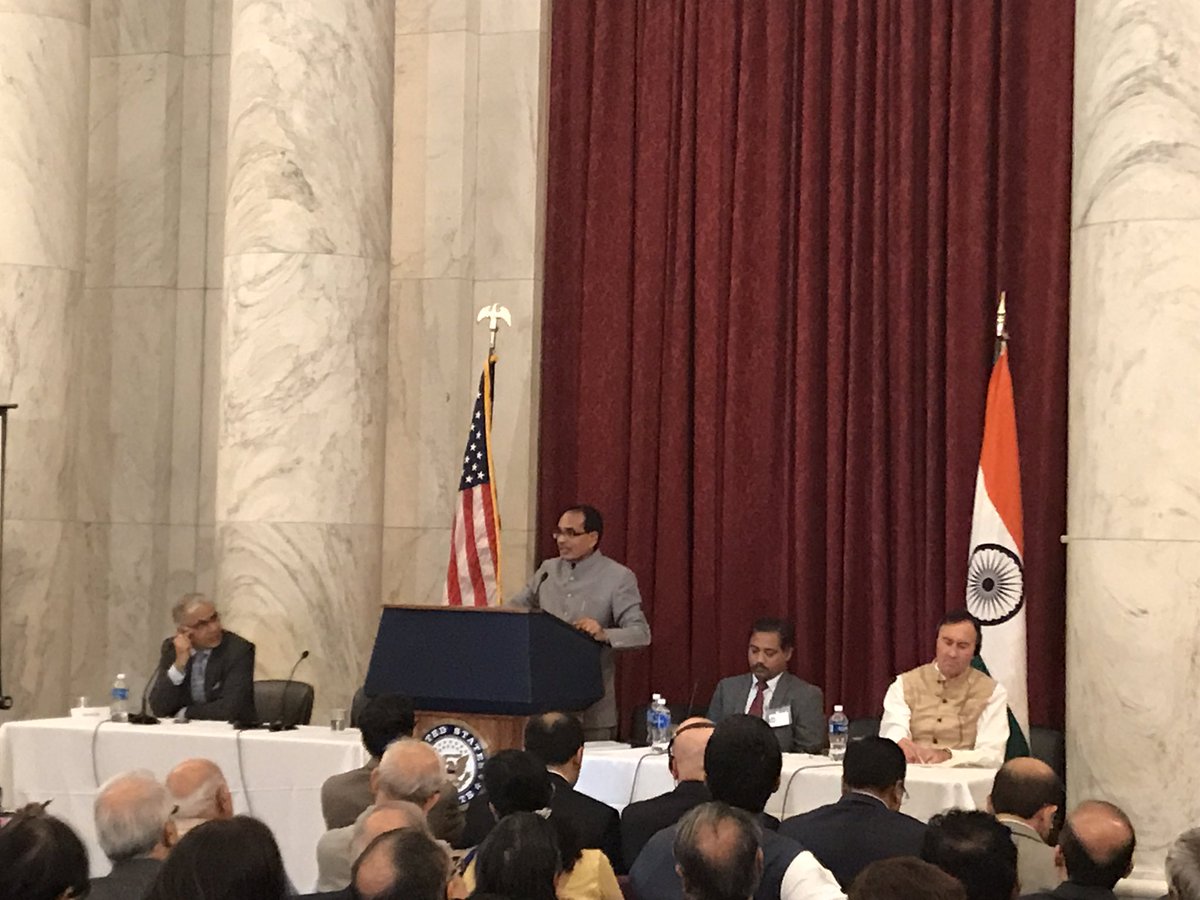 Chouhan, who landed in Washington on October 22, also launched a scathing attack on China and Pakistan, saying that India would not spare anyone on terrorism. “India today is not a country of 1962,” he said while addressing the Indian-American community at a reception organized by the Indian embassy in Washington.

CM @ChouhanShivraj being felicitated for his remarks by the doyen of India Studies in US- Prof Walter Anderson @CMMadhyaPradesh @SAISHopkins pic.twitter.com/nZFJSgKA7H

Chouhan, who also visited the National Museum of American History, tweeted later that the United States consists of people from all corners of the world, and the prominence of which the Indian community has got a respectable position in the country is a matter of pride.

Visited Lincoln Memorial. Learned about his commendable efforts to abolish slavery and bring peace to the United States. pic.twitter.com/jDGX7UEPtI

The Bhartiya Janta Party (BJP) politician is set to deliver a keynote address on integral humanism at the US Capitol during the inaugural session of the Pandit Deen Dayal Upadhyaya forum organized by the Foundation for India and Indian Diaspora Studies (FIIDS), a US-based think-tank, in association with the Embassy of India.

Chouhan is also scheduled to meet representatives from companies like Amazon and Goldman Sachs, and others, to seek investments for Madhya Pradesh. The meetings have been organized by the US India Business Council and US India Strategic and Partnership Forum (USISPF). He will deliver the keynote address while State Commerce Secretary Mohammed Suleman will make a presentation on investment opportunities in the state. Chouhan is also set to visit Columbia University’s StartUp Lab, a startup incubator.

A road trip to New York is also scheduled for him, during which he will visit the Akshardham Temple in New Jersey. In New York, he will address a meeting of “Friends of MP” at the Indian Consulate on October 26. 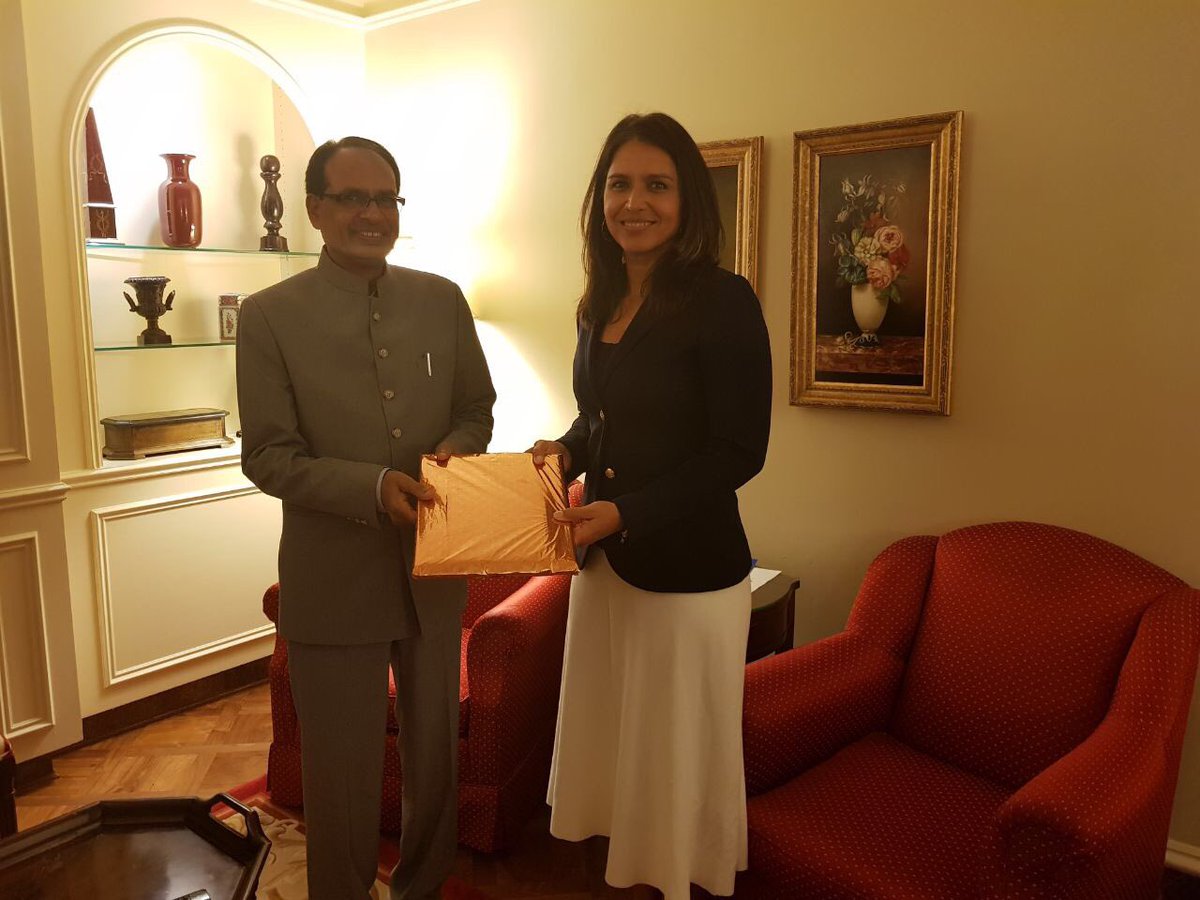 It was indeed a pleasure to meet with you @TulsiGabbard along with @rammadhavbjp for dinner earlier today. pic.twitter.com/PHABkn9jeb