Nikki has registered herself on matrimonial sites and is seriously looking for a groom. An elderly uncle advises Nikki to take a leaf out of the book of undying romantic Neena, who has been in love many times since her secondary school before getting into a love marriage.

Before Nikki can tick arranged-marriage off her list, Neena notches up another romance.

All this would have been run of the mill and nothing to write home about, except that Nikki is the gen Z daughter and Neena her divorced mother.

Varane Avashyamund is a feel good and dare I say empowering movie written and directed by Anoop Sathyan in his directorial debut. It has powerhouse actors whose nostalgia quotient is enough to bring in a considerable audience.

Anoop sticks close enough to the formula his father Sathyan Anthikad adopted for most of his movies, to ensure that Varane Avashyamund will be a commercial success even if not critically acclaimed. ​

Sathyan Anthikad is a film director, screenwriter, and lyricist best known for his feel good, family dramas in Malayalam cinema. Anoop has even cast some of his dad's favourite actors in the movie.

Watching Malayalam stars of the 1990s - Shobana, Suresh Gopi and Urvashi’s - poise in front of the camera makes you forget that they have been seen in Malayalam cinema, rarely if at all, for some years. 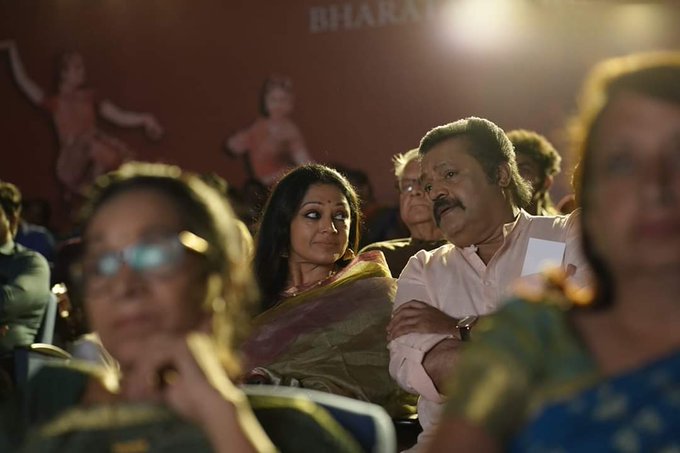 The actors have aged gracefully and the movie maker has tried to bring back their 90’s charm with the unapologetic use of past movie dialogues, old romantic melodies from Malayalam cinema, popular characters from their movies and even real life references to the actors lives. I wouldn’t mind catching it another time to catalogue all of those fast-paced and between-the-lines references to past movies, dialogues, names and characters.

Shobana as Neena spouts French flawlessly, dances (of course) beautifully, accepts her romantic nature unapologetically and is an intelligent, independent woman as well as being a mom. I do wonder if it would have been more real if the dialogues had been in her own voice rather than being dubbed as usually done for her movies by voice artist Bhagyalakshmi.

The mother-daughter are not very close nor like-minded and unlike most Indian movies Neena is refreshingly cool about not being a cosseting mother-hen nor is she deflected by her daughters low opinion about her.

Suresh Gopi is surprisingly good in a role - which is more like Mohanlal’s cup of tea and unlike his usual characters - as an army man who is handy with guns yet is shy of women and literally speechless before Shobana.

Self-effacing but with anger management issues, stiff in mannerisms yet drawn to old, romantic Malayalam songs, he breaks down many of the stereotypes he has portrayed in the past, in this movie. 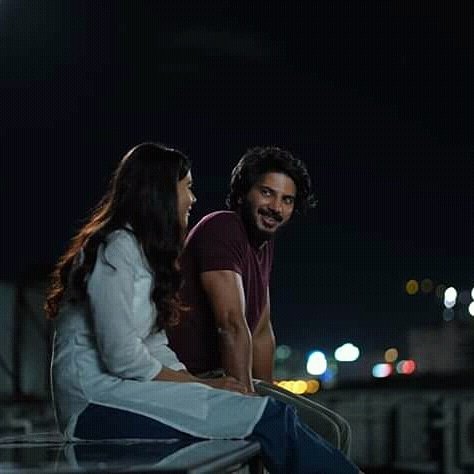 Kalyani Priyadarshan, as Nikki or Nikitha, a conventional, stick-in-the-mud girl who frowns upon romance and thinks love marriage is not for ‘decent’ folks, makes a good debut into Malayalam moviedom.

Urvashi as the dentist mother of the shortlisted groom, who remains ‘mummy’ to Nikki even after the marriage is called off is adorable. Especially in the scene where she cuddles up with a sick Nikki.

Dulqer Salman as Bibeesh P or Fraud wrestles like a kid with his much younger brother and draws lovely caricatures in between his work. ​Dulqer not being able to help shoot appreciative, fan-boy looks at the lovely Shobana, is cute. I wish there had been more scenes between the two.

John Antony as a psychologist and KPAC Lalitha as ‘Akashavani’, a TV serial actress who sort of adopts Fraud and his 12 year old brother, add some comedy to the story which is largely set in an apartment building in Chennai.

What is Chennai without the annual monsoon flooding. The residents of the apartment as well as their watchman and his rain-dancing kids all bond together as the skies open up.

Music by Alphons Joseph (including a sweet number by K.S. Chitra) are not too intrusive, as is the norm in most Malayalam cinema songs.

Even if this movie doesn’t tick all the boxes of an award winning movie it is a fun watch for the family and will be nostalgic for the 80's-90's generation of Malayalam movie-goers.