The mathematically gifted Shakuntala Devi was not just ahead of the computers of those times, she was ahead of times even in her outlook towards life.

Add to that her bold views on women’s independence and career pursuit, her acceptance of homosexuality and she would be considered progressive and liberal, perhaps even today! 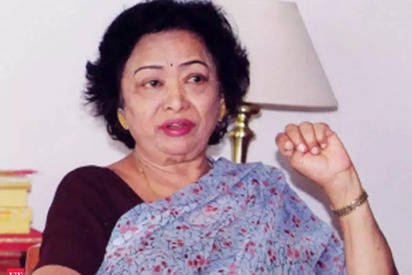 But are we to believe that this is truly what happened in the life of Shakuntala Devi, given that the story was threshed out with the aid of her real-life daughter Anupama Banerji?

The disclaimer flashed right at the beginning, saying, ‘this film is inspired by true events but does not claim to be a documentary/biography of any character depicted in the film’, puts paid to that. Wish it hadn’t.

Bestowed the title 'Human Computer', Shakuntala Devi was given a place in the  Guinness World Records as the fastest human to compute two randomly selected 13-digit numbers in 28 seconds, 40 years ago!

The colourful life of this Guinness world record-breaking mathematician has so much that could inspire even today’s generation; and not just the women. It is rather sad that it ended up caricaturing the mathematician and looking at her just from the lens of her daughter.

How did the extraordinary woman who lived life on her own terms suddenly cow down to a daughter who seems in turns embarrassed and jealous of her mother? Is the daughter narrating the story of how she broke the indomitable spirit of her mother, so much so that even her confidence in math is shaken? 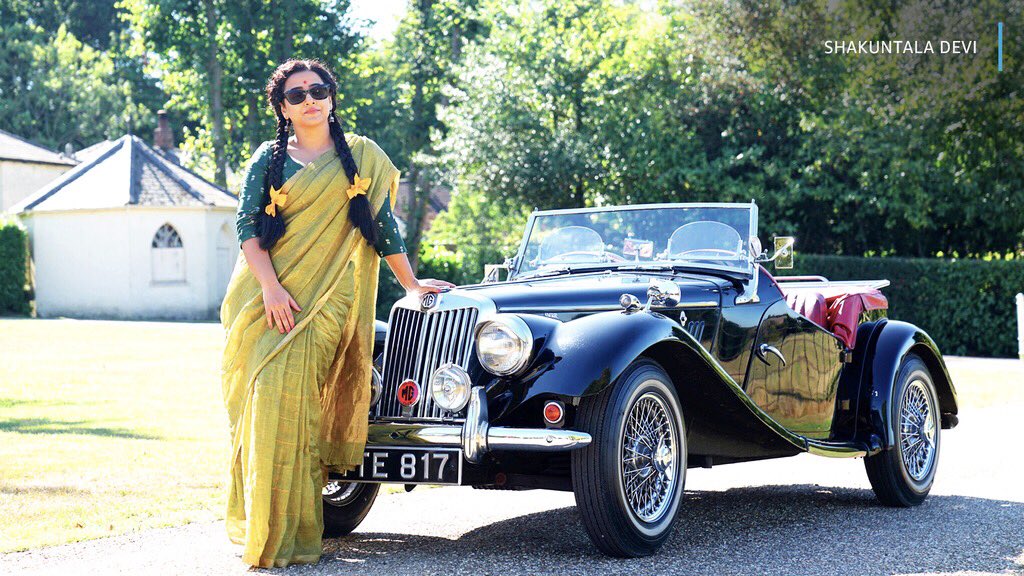 Shakuntala Devi sashayed into the all-male Royal Mathematical society in saree, pigtails and accented English and stymied them with her genius. Photo Courtesy: Amazon/Twitter

The jump from shooting a man (who took her for a ride) to landing in London almost implies a flight from justice which is hard to digest. As is the part that rejected from doing ‘shows’ at educational institutions, she sashays smoothly into the all-male Royal Mathematical society in saree, pigtails and accented English. That she obviously shone there and in any place where she showcased her mathematical genius is easy to accept.

The movie is gripping because of the woman it portrays: A child prodigy who could solve math in numbers several times her age. A feminist in the 1930’s when that word was not in the dictionary of the majority of even educated women. A woman who stymies men on several continents because she doesn’t ‘need’ a man.

The movie is also interesting due to the amazing cast of actors.

Google and social media algorithms kept throwing up old black and white videos of Shakuntala Devi in her element on stage once I keyed the name into the search engine. After watching a few of them, one can tell that Vidya has tried her best to live up to that character.

Despite the costumes and make-up which made me feel like she was attending an over-the-top retro-themed Bollywood party all the time, she brings it to life (and more).

Sanya as Vidya's combative daughter does her best to hold her own. Jisshu Sengupta and Amit Saad act as that rare breed of sensitive guys and are the perfect foils to the fiery impulsive women in their lives.

The background score is non-intrusive and as wide ranging as the countries the movie spans. But we could have done without the badly lip-synced songs.

Due to the COVID-19 pandemic, the film was not released in theatres as previously planned and has been streamed worldwide on Amazon Prime Video for close to a week.

Given that there is a lot that happened in the 83 years of Shakuntala Devi’s life, this could well have been perhaps a mini-series on the OTT network. 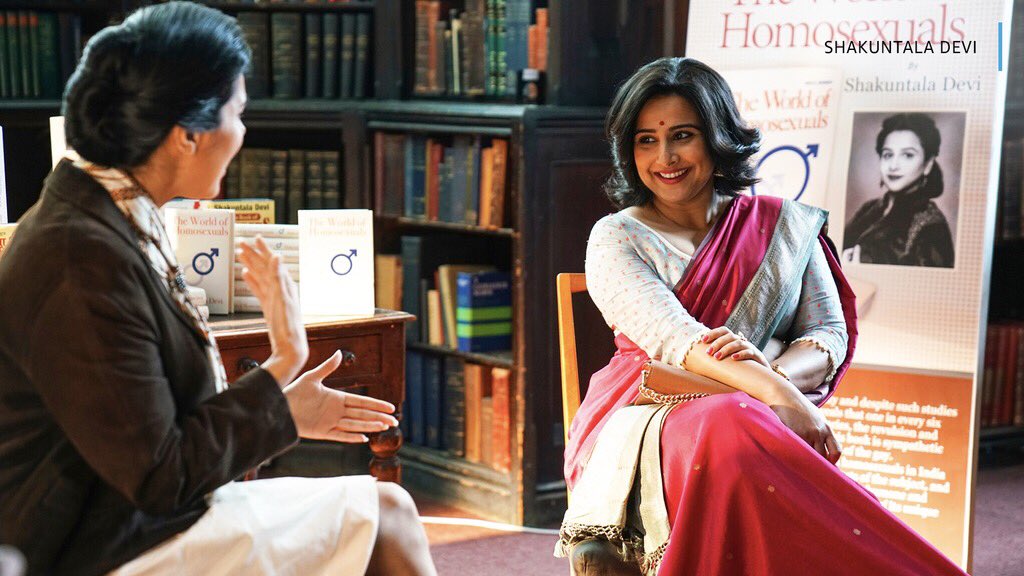 The movie could have delved deeper into Shakuntala Devi’s opinions and books on Homosexuality and Astrology and how she prepared for her Guinness World Record win. Photo Courtesy: Amazon/Twitter

It could have perhaps better explored Shakuntala Devi’s self-taught growth in reading and mathematics; her calendar tricks; her views, opinions and books on Homosexuality and Astrology and how she prepared for her Guinness World Record win. The movie just skims over these parts of her life, leaving more questions than answers in the viewer's minds.

Lastly, in my opinion, Indian cinema has a very long way to go if it still finds pride and more comfort in depicting the biography from the angle of how the mother won and the mathematician lost.