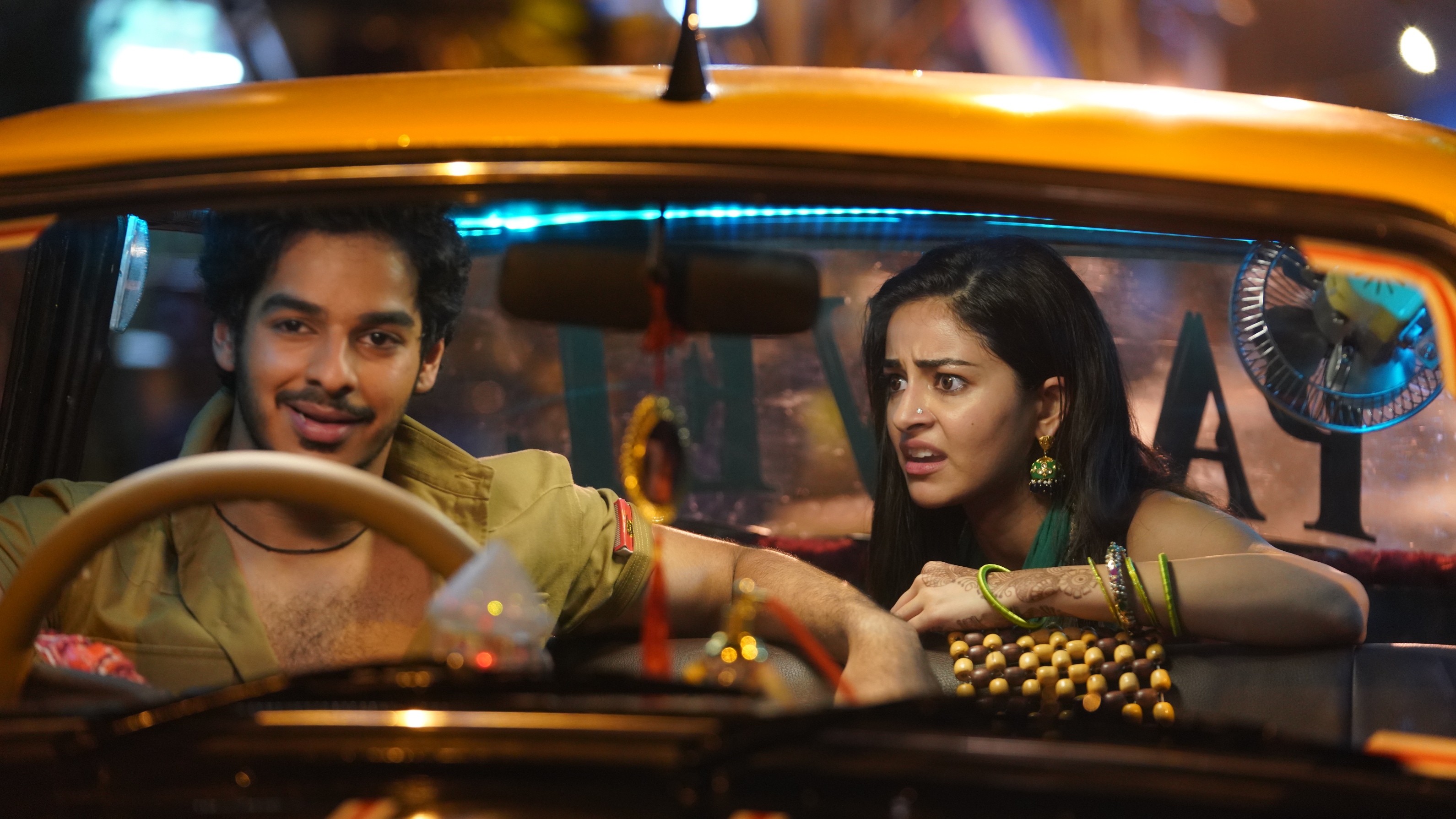 Hindi movie, Khaali Peeli promises the audience an entertaining ride and delivers it in typical Bollywood masala style, in a vintage Mumbai taxi at that.

Having starred in Bollywood movies such as Rajnigandha in 1974 to Taxi No 9211 in 2006, the iconic “kaali peeli” taxi with its black body and yellow top changes to all-black before ending in an all-yellow ensemble in this movie.

It is perhaps the last curtain call for the vintage Premier Padmini Fiat taxi which will be going off the roads due to the Maharashtra government’s ban on taxis more than 20 years old.

Ishaan Khatter, lead star of Dhadak and half- brother of popular actor Shahid Kapoor, reminded me a little of his gritty role in Beyond the Clouds in his lead role as Blackie in this movie.

Ananya Pandey, daughter of yesteryear actor Chunky Pandey tries her best to pull her weight as lead actress Pooja in this action drama.

Jaideep Ahlawat, famed for his role in Gangs of Wasseypur and recently for his role in Amazon’s web series Paatal Lok, adds weight to the star cast as Yousuf Chikna the ruthless owner of a brothel in Mumbai’s infamous Kamathipura red light area.

The surprise in the cast though was popular lyricist and writer Swanand Kirkire as Choksi Seth, a lecherous, rich customer of Yusuf who falls for Pooja when she is just a kid and is promised that he can marry her when she grows up. 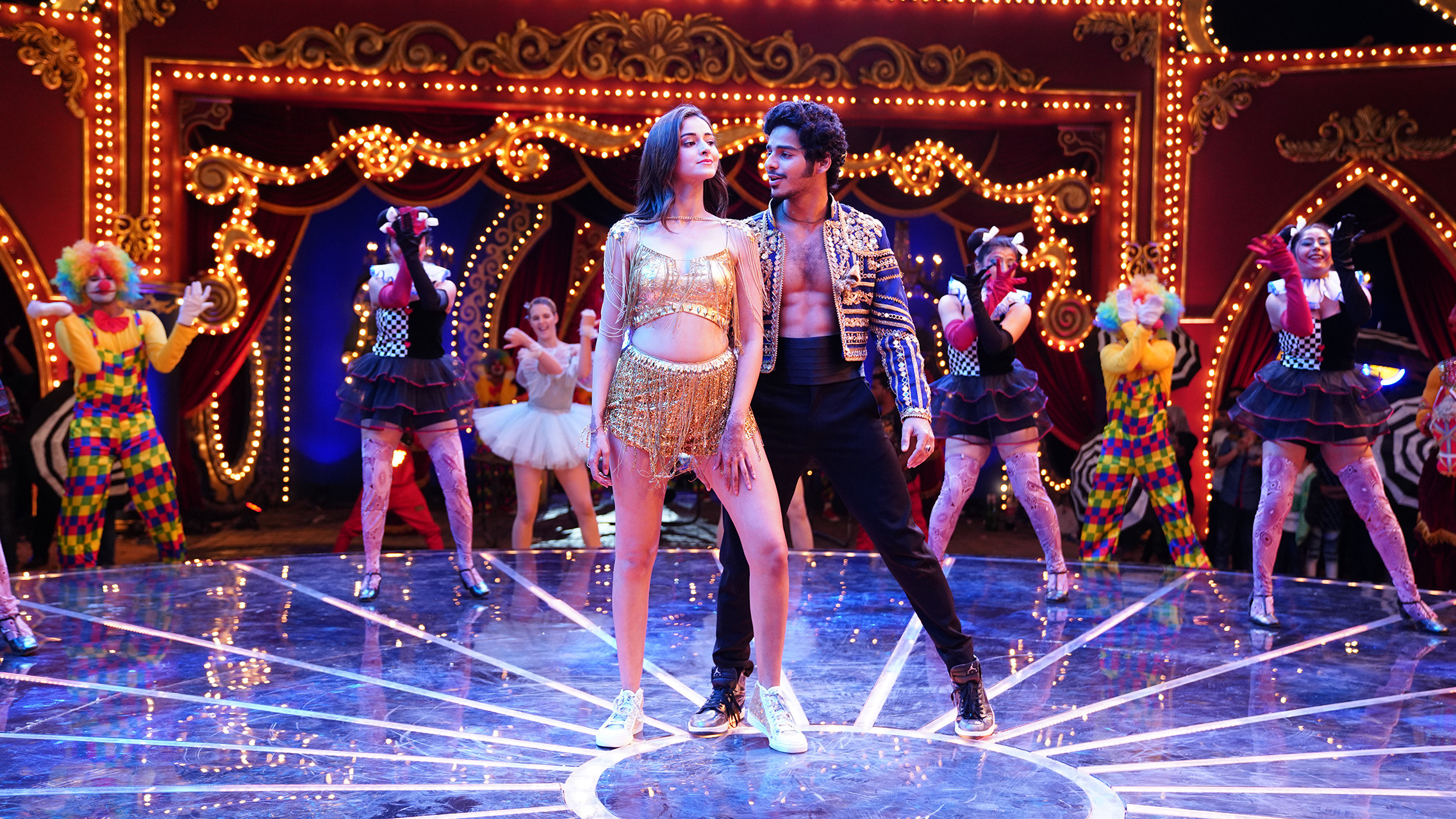 The songs are by Vishal Shekhar and Ishaan does his best with the choreography. Photo Courtesy: Zee Studios

Many cuts were made to sanitise the language with reference to the dialogues in the above part of the screenplay as per the censor board’s suggestions.

Zakir Hussain as Inspector Tavde and Annup Sonii as Blackie’s father do their best in their small roles. Vedant Desai as young Blackie and Deshna Duggad as young Pooja do a good job. Satish Kaushik as Inspector Bhim is force-fitted into try-hard comedy scenes that evoke barely a grimace.

There are lots of flashbacks and backstories including that of a lovely childhood friendship that is broken and a father-son relationship ala Agneepath's Vijay Deenanath Chauhan, that keeps the story ‘masaledaar’ and fast-paced.

Throw in lots of Mumbaiyya slangs, car chases and even a romance and you will get your money’s worth even if it is Khaali Peeli which roughly translates to ‘Without any reason’ or ‘For no purpose.

Gear up for an action-filled ride with #KhaaliPeeli Oncoming taxi, Streaming Now.
Rent at only ₹299/- https://t.co/YyIeZ5C7NA only @ZeeplexOfficial pic.twitter.com/nEdeOGP5gw

Khaali Peeli which was put on hold due to the COVID-19 pandemic is now premiering on Zee Plex and ZEE5 while simultaneously premiering in some theatres as well.

The music score is loud and fast-paced but is drowned in all the visuals and drama happening on the screen.

The songs by Vishal Shekhar are ok but the same cannot be said about the choreography despite Ishaan’s moves and best efforts.

With cinema’s opening again after a long break with all precautions being followed in Singapore theatres it's definitely safe to catch this movie on the big screen especially if you are missing Bollywood in general and Mumbai specifically.