You can point at hundreds, nay thousands of reasons to give up or you can find that one reason to stay.

(The Shaurya Chakra, the Indian military decoration for valour, courageous action or self-sacrifice while not engaged in direct action with the enemy, is the third highest award and comes after the Ashoka Chakra and the Kirti Chakra.)

Gunjan Saxena - The Kargil Girl is the story of a woman who before the war in the battlefield of Kargil, had to fight one on the ground to be accepted as a fighter pilot despite being a woman. Photo Courtesy: Twitter

The Kargil Girl is the story of a woman who before the war in the battlefield of Kargil, had to fight one on the ground to be accepted as a fighter pilot despite being a woman.

Besides the two battles within the movie, there is also a furore outside the movie, among many sections at multiple levels, though not all are directly linked to the movie.

Firstly the Nepotism furore which started following the untimely demise of actor Sushant Singh Rajput. Both the film's producer Karan Johar and the “star kid” Jahnvi (daughter of late actress Sridevi) being targets of criticism on social media.

Secondly the veracity of the portrayal of Indian Air Force officers as misogynistic and gender-biased was alleged to be an "undue negative portrayal" in a letter by the IAF Authorities to the Central Board of Film Certification.

Pointing out that IAF was the first branch of Indian armed forces to allow women, the IAF conveyed that they have a gender-neutral workforce and do not propagate gender biases in their service. 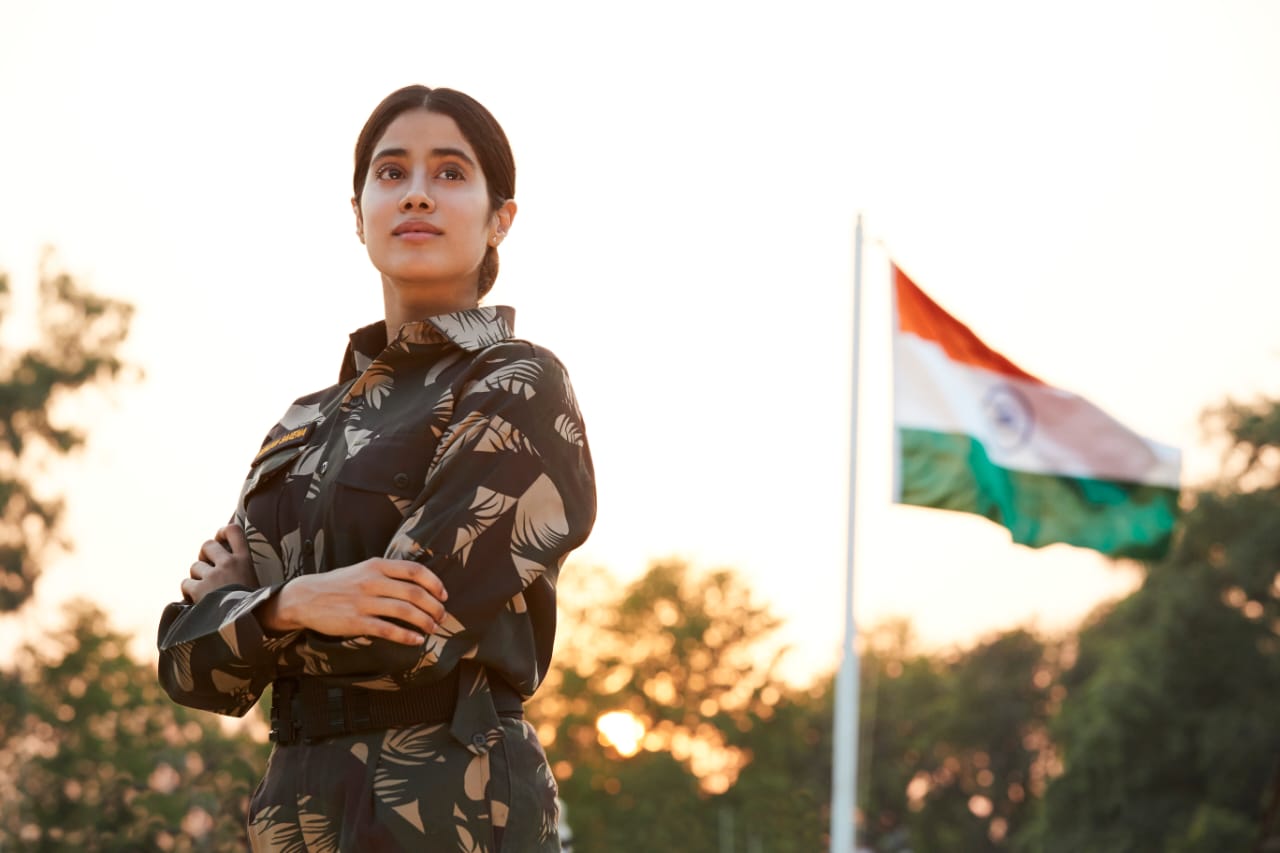 The Defense Ministry also raised concerns over the gender disparity shown in the film and lady officers including the real Gunjan Saxena remarked that the makers had exaggerated the gender conflict.

Lastly the salute by all the IAF officers in the movie is also said to be wrong. A 45-degree tilt would make it accurate say critics. However, blaming Jahnvi, who plays the titular role of Gunjan, rather than the director of the film for this is ridiculous.

Putting all this aside, I am sure Gunjan Saxena on whom the movie is based must have had to find great strength to defy deeply entrenched gender norms to find her place in the male bastion of the Indian Air Force.

Flight Lieutenant Gunjan Saxena flew Cheetah helicopters and became Squadron Leader before ending her career as helicopter pilot in 2004, as the concept of permanent commission for women was not there during her time.

During the Kargil War she evacuated over 900 troops, transported supplies and assisted in surveillance.

Even if the movie is not a true biopic of her life, it is inspired by her life and remains a story of the woman who broke gender barriers in the Indian Air Force.

The story is about Gunjan who even as a child, is propelled by her dream and her father Lieutenant Colonel Anup Saxena (Pankaj Tripathi) is the wind beneath her wings as well as her sounding board. 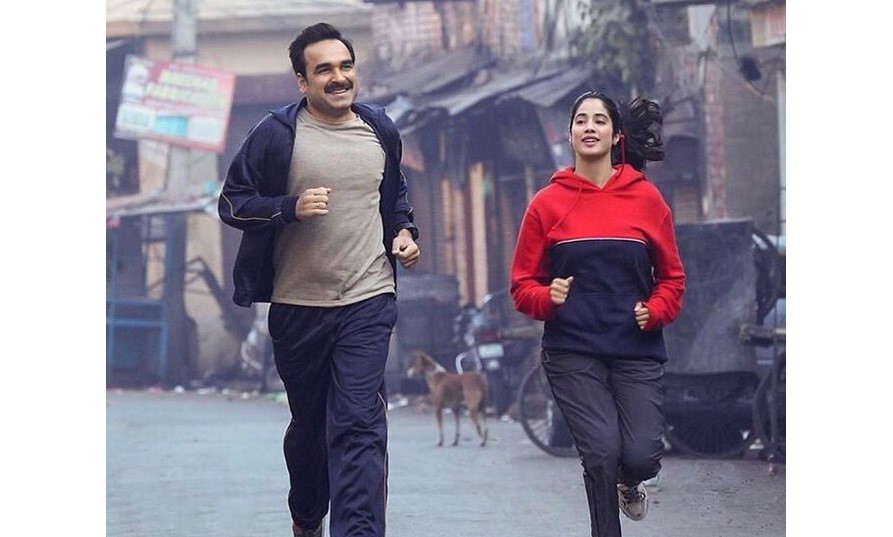 Anup Saxena is every girl's dream dad and a very important ally for a girl with a steely resolve of walking down a hitherto untrodden path.  If you want a father-role-model to tap on, you can’t go wrong with this one guys.

Her mother (Ayesha Raza Mishra) hopes and prays that her daughter will outgrow her obsession with flying, acquire a conventional education, get married and settle down. But underneath it all she too is a patriot.

Gunjan's brother, Anshuman Saxena (Angad Bedi) is overly protective of his sister and looks every inch the soldier that he is.

His casual sexism is not tolerated and nipped at the bud by his dad, but he still finds it hard to treat his sister as an equal. Can you imagine what those boys, whose sexist views are not corrected at source, grow up to be?

Leaving aside the nepotism battle and all the social media bashing, I think Jahnvi did a great job as Gunjan Saxena in this crisply edited movie.

Firstly she is about the same age as the on-screen character she plays and that augurs well for her.

Sinking her toes in, putting the past behind her and focussing on the next step is how Gunjan reaches her goal and Jahnvi does justice to that.

From the beginning her character is shown to be that of a quietly resolute girl, who is not into histrionics or over the top emotions. That too sits well with her.

The movie has not gone overboard into patriotic jingoism either. At one point, Gunjan reflectively wonders if it's unpatriotic of her to join the Air Force due to her passion for flying and not due to overt patriotism.

Her father, himself a Lieutenant Colonel sagely replies that the allied forces don’t need chest-thumping cadets who constantly shout Bharat Mata ki Jai. Instead Ímandaar or sincere personnel who do their jobs with honesty are more valuable he says.

The music by Amit Trivedi and the background score by John Stewart Eduri flow well with the moods of the movie.

Jeetee raho (Live Long)  Jeet-tee raho (Remain Victorious) croons Amit Trivedi to the accompaniment of a Shehnai in the last song of the movie, with lovely lyrics about Bharat ki Beti (daughter of India).

One can’t help but feel that it's an apt message for the current 1625 women officers serving in the Indian Air Force.