Movie Review: Ayushmann takes on another atypical role and comes out a winner again with Dream Girl

Laugh and you’ll miss the next punch-line. Even if you don’t laugh out loud you could miss the next one-liner because the audience was roaring with laughter. The dialogue writers of Dream Girl have scripted a movie tripping over with hilarious puns and jokes.

Section 375 and Dream Girl were released just 15 minutes apart in Singapore but they couldn’t be further apart in their genres.

Ayushmann takes on another funny, sensitive role as a middle-class man with a dual life pretending to be a woman working on a phone chat line. To watch him get into the skin of a character along with a talented bunch of actors is enough reason to head to the movies this weekend to catch this stress buster. Please don’t expect a solid screenplay or a heavy plot  and you won’t be disappointed.

The first half is fast paced and builds up the story of Karamveer Singh (Ayushmann) who has a natural talent for speaking like women. The locale of Gokul, Mathura is an apt setting for the ‘Ram-Leela’ and ‘Krishna-Leela’ stagings in which Karam is invariably cast as a Sita or Radha. The small town feel of Gokul, Mathura with the “Radhe Radhe’ greetings, the ‘mithai’, ‘kulhar-chai’ and a shop selling funereal items, sets up an oddly genuine milieu. 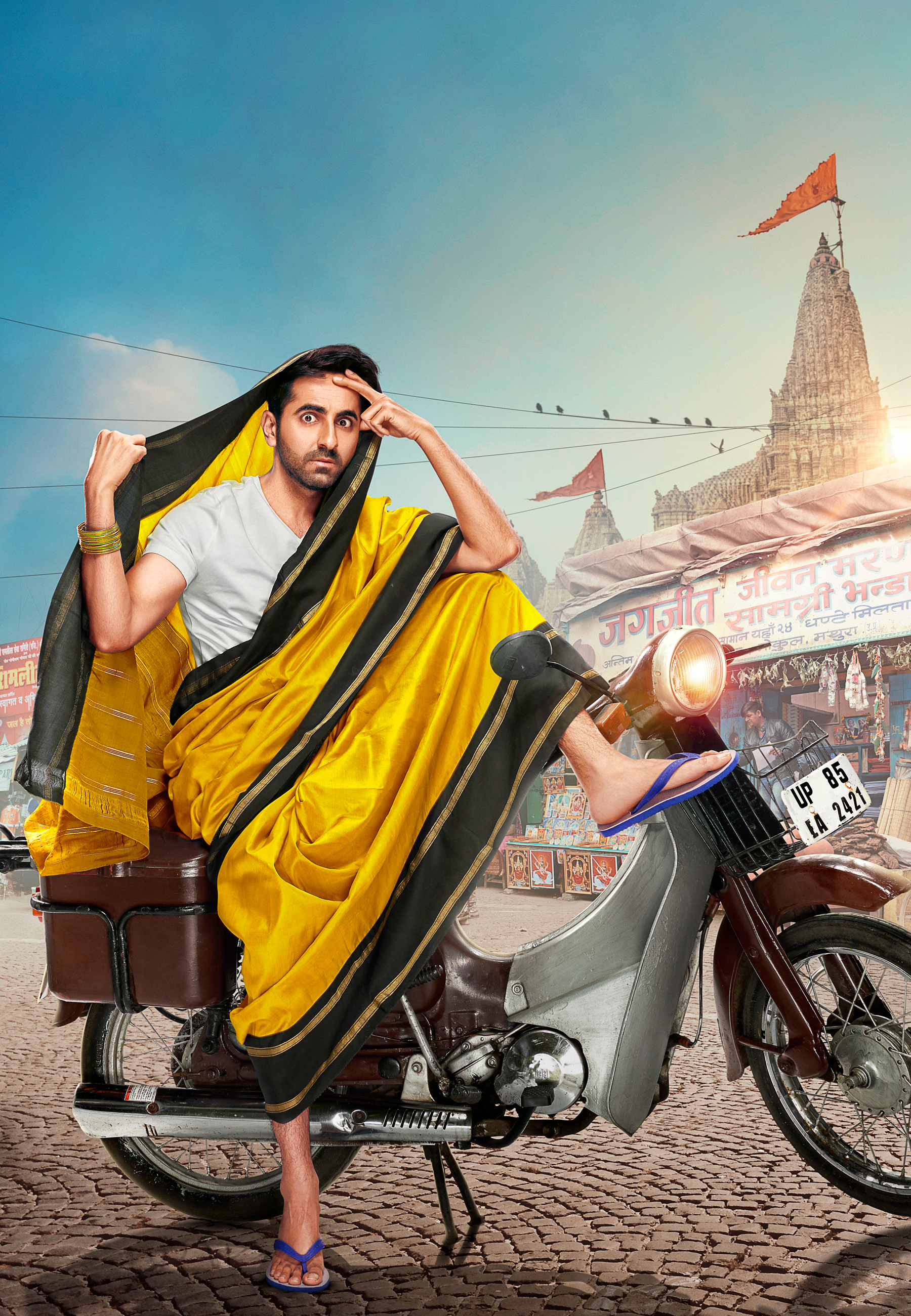 The second half is when the story runs out of steam and is carried on the shoulders of a cast with unfaltering comic timing who have all fallen in love with Pooja, someone they have only heard.

Vijay Raaz (Monsoon Wedding, Delhi Belly) as a poetry spouting un-corrupt policeman sans a vehicle who demands lifts from passer’s by was an audience favourite judging by the claps and whistles. Raj Bhansali as a teenage gangster with supreme confidence and mis-spelt tattoos was a treat to watch. Nidhi Bisht as a man-hating editor with three break-ups colouring her view of mankind broke the gender stereotype among Pooja’s admirers. Abhishek Banerjee (Stree) as Mahi’s buffalo-rearing brother is another good actor among the outstanding cast.

Annu Kapoor changes from a conservative old dad to a flowery Urdu speaking lover in three days after he meets his dream girl. This metamorphosis like a colour-changing chameleon is over the top yet hilariously scripted. 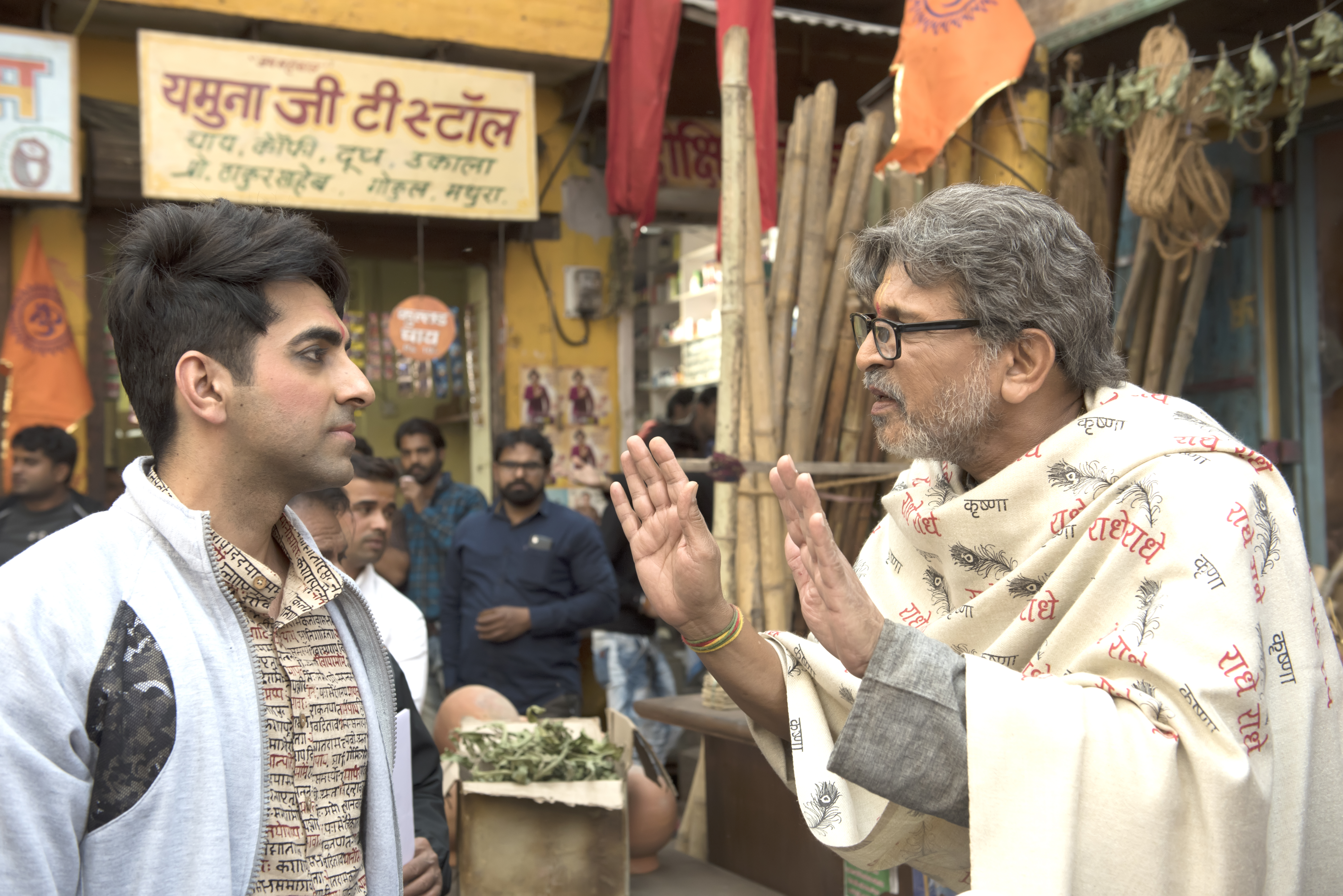 Nirmaan Singh and Shaandilya (who is a highly experienced comedy veteran with Kapil Sharma and Comedy shows to his credit) have skewed towards comedy which is their cup of tea and done well at that. That could perhaps be the reason why it becomes stereotypical and a tad insensitive in places such as in the interaction with Mahi’s grandmother, in Karam's attempts to get his admirers to stop loving Pooja as well as the fight with the owner of the call-centre.

The three songs in the movie are catchy. They are the only spaces in the movie where the audience is not in splits and gets  some time to catch its collective breath.

If comedy is your genre then this hilarious film with its multiple Hindi accents and Ayushmann’s effortless switch from Puja to Karam and back will tick the right boxes.