No need to switch over to Skype, WhatsApp has finally launched video calling feature. It's something that WhatsApp users have been requesting for years.

Almost one billion users will now be able to make video calls on iPhone, Android and Window phone devices in the coming days. To get the things right in one go and cut the clutter, WhatsApp has been beta testing this feature over the last few months. 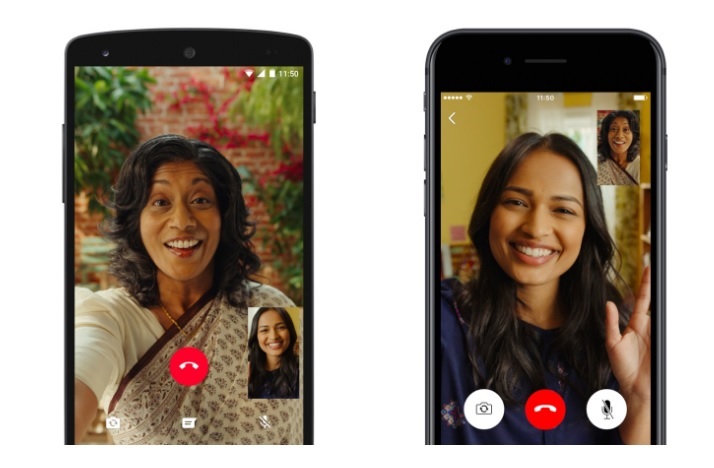 It's something that WatsApp users have been requesting for years. Photo courtesy: WatsApp blog

How to update
To update WatsApp on your phone, just tap on the video call icon at the top right corner of the chat.

New features
During your video chat, you can switch between your rear and front camera device on your phone. Like audio call, mute option is there to censor your conversation. Red button will help you hang up.

By enabling video calls, WhatsApp is now on par with Facebook Messenger, Skype, Viber and Google Hangouts/Duo. Also, the video calls made using WhatsApp are fully encrypted to prevent snoopers.

"We're introducing this feature because we know that sometimes voice and text just aren't enough. There's no substitute for watching your grandchild take her first steps, or seeing your daughter's face while she's studying abroad. And we want to make these features available to everyone, not just those who can afford the most expensive new phones or live in countries with the best cellular networks," stated WhatsApp in a blog post.

WhatsApp has been on new feature launching spree as it added a new feature that helps users place emoji stickers or draw on photos and videos. WhatsApp also started supporting GIFs last month.