More than S$74,000 worth of drugs seized at Tuas Checkpoint

At at about 10.30pm last Saturday, an Immigration & Checkpoints Authority (ICA) officer at the Tuas checkpoint noticed that a man appeared to be taking a long time for arrival immigration clearance at the automated clearance lane for motorcycles.

Checkpoint officers went forward to render assistance and observed that he had blood shot eyes and was slurry in his speech, ICA said in a press statement.

Suspecting that the lone 26-year-old motorcyclist could be riding under the influence of drugs, they directed him for further checks. 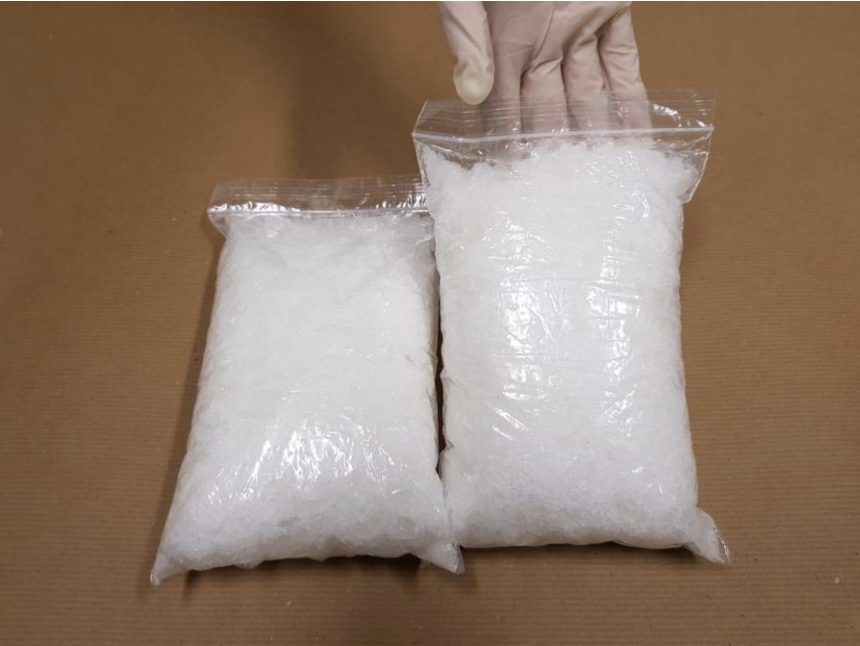 Swabs were conducted on the man and his belongings, which yielded positive hits of methamphetamine. Plastic straws were also found in the man’s bag.

ICA officers conducted a search of his motorcycle and found two bundles of ‘Ice’ concealed under the motorcycle seat. Officers from the Central Narcotics Bureau (CNB) were alerted and a follow-up investigation led to the arrest of a 49-year-old Singaporean man on 1 April 2018.

The 49-year-old was believed to be the intended recipient of the ‘Ice’ concealed under the motorcycle seat. About 2g of ‘Ice’ was also recovered from within a sling bag carried by the man.